An earlier finish from work and a spare hour or so to check out the patch was not to be missed, even if the pain from my last visit had not quite subsided. Finding a group of c.50 Waxwing on the way over had clearly perked me up and I arrived on patch with renewed enthusiasm. It was again a rather cold, grey and murky afternoon (not much different to the rest of the week when it felt that it hadn't got light all day!!). 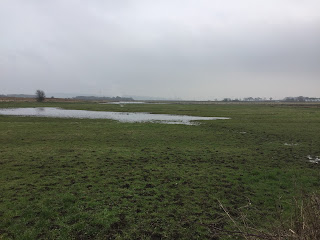 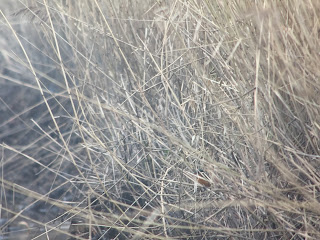 Parking up on the bridge on Carr Lane I picked up a Kingfisher feeding in Ramsbrook, it was regularly fishing and returning to it's obscured perch (hence the even poorer pics than usual!). However other than that it was exceedingly quiet, the flooded field seemed devoid of any birds at all, with not even a peep from the Water Rail or Cetti's Warbler (it's now nearly 2 weeks since I last saw/heard it). Carr Lane Pools was just as quiet with only a handful of Redshank, Eurasian Teal, 2 Shoveler and a single Little Egret. A Kestrel and a Common Buzzard were keeping an eye on proceedings, and looked nearly as bored as me. 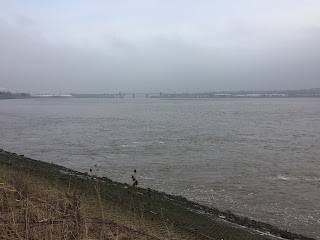 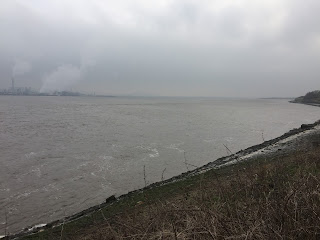 Pickerings was just as bad, with only 4 Bullfinch in the hedgerow down to the Mersey. The tide was still relatively high, but the murk meant that trying to pick out anything on the far shore was impossible. A Peregrine was sat up on the Runcorn Bridge in it's usual spot, but Gull numbers were exceedingly poor with only c.30 large Gulls gathered close to the bridge. With a rather bitter wind still blowing I decided to call it quits and head around to the Lighthouse. 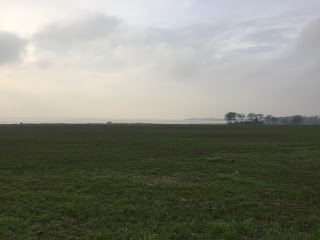 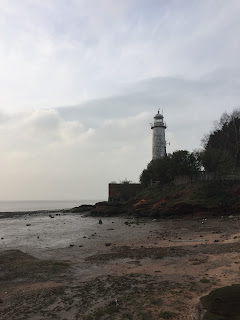 The murk had cleared a little by the time I reached the Lighthouse, but saying that I could still hardly make out Frodsham from my side of the river. I again decided to work the shore to the east of the Lighthouse, which was decidedly quiet. I managed to kick out a single Jack Snipe and single Common Snipe. However there were next to no passerines, with only a handful of Linnet and Goldfinch, but surprisingly no Pipits at all. A few Grey Plover, Turnstone were the wader highlights, whilst 4 Shoveler had been enticed into the Mallard posse. 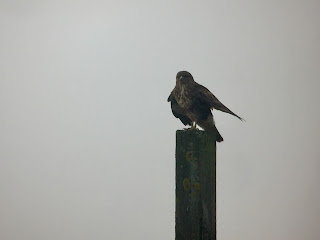 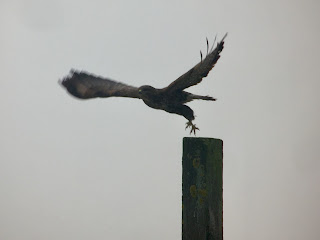 With limited time available I made my way back having a quick scan through a poor number of large Gulls moving west (Gull numbers seem to be seriously suffering this year). A Common Buzzard landed on the post near to me, and in better light may have allowed some half decent pics. 24 Grey Partridge were scattered across the fields of Lighthouse Lane, and another Peregrine bombed through as I made my way back to the car. Feeling rather cold and dejected I made my way home, where at least a few glasses of wine and tapas at a nearby restaurant picked up my spirits.