Last Patching of the Holidays

With the return to work looming, I managed to get a few hours in on patch. The early morning fog and mist had started to clear quite nicely and bright winter sunshine was starting to break through at home; however by the time I reached the patch it had turned quite murky and I could see a big bank of fog drifting my way. It was relatively mild though, with the car thermometer indicating it was 12 degrees. 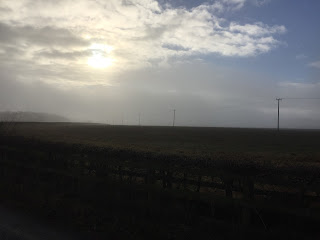 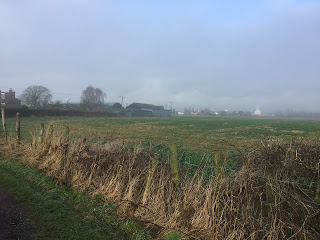 Reaching Burnt Mill Farm I had a good look around for any Finch and Bunting flocks and eventually found a small group of Chaffinch, which also contained a Yellowhammer and 2 Reed Bunting. However a thorough scan of the hedges finally revealed 2 Corn Bunting feeding on their own close to the hedgeline. A few Meadow Pipit and Linnet in the weedy fields were pretty much the only other birds I could locate. 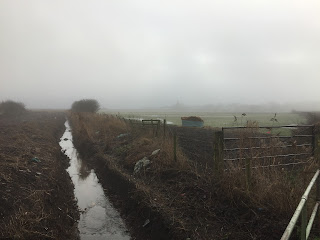 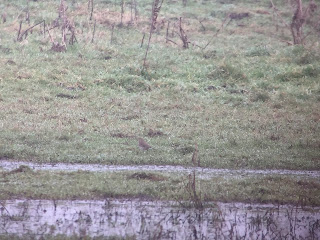 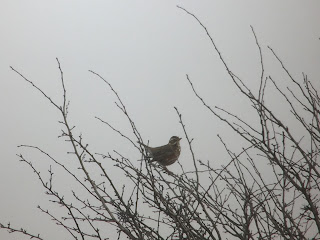 Heading down Carr Lane I entered the big bank of fog, and needless to say it was hard going seeing anything. The Cetti's Warbler showed well by the bridge on Carr Lane, probably the best views I have had to date of a very skulky bird. A Water Rail was squealing away, but there was little else on the flooded field. A single Water Pipit was feeding in the wet paddock in front of Carr Lane Pools, whilst there were good numbers of Redwing and Fieldfare feeding in the hawthorns around the back of the Pools. Sadly the fog was too thick to pick out much on the Pools! 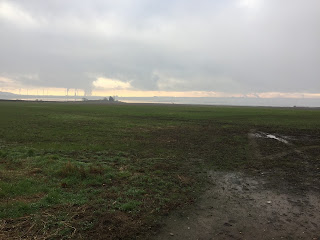 A brief trip up to Church Lane was pretty much a waste of time, with the murk clearing but still making viewing the Mersey or the marshes opposite near impossible. However there were a few Grey Partridge and 50+ Curlew feeding across the fields. A Sparrowhawk caused chaos as it shot across the fields, scattering the Curlew. Driving back along Church Lane I could suddenly hear screeching as 4 Ring-necked Parakeet shot over heading towards Hale village, presumably the same birds I had seen before Christmas. 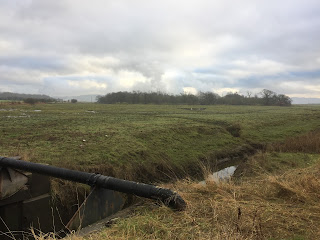 A quick stop on the bridge on Town Lane was painfully quiet, with no sign of any Pipits, and very little else out on the Marsh. A couple of Little Egret stalked the edges, whilst c.200 Canada Geese were busily feeding in the deep grass. The flooded field was deserted with only a handful of Eurasian Teal and a single Mallard - clearly some disturbance had pushed them elsewhere. 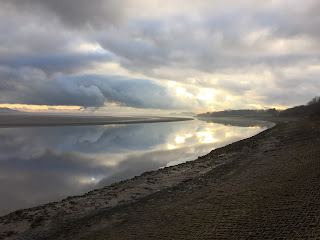 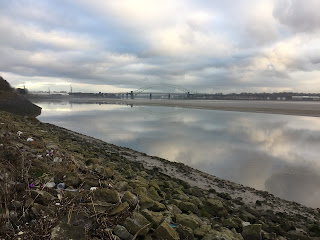 Moving on to Pickerings Pasture I picked up c.6 Bullfinch feeding in the hedge as usual. The tide was relatively low and there was a good selection of waders busily feeding away including c.400 Golden Plover, c.900 Lapwing, c.60 Dunlin and a few Curlew, Oystercatcher and Black-tailed Godwit. There was a group of c.300 "large" Gulls gathered towards the Runcorn Bridge, and a decent scan finally revealed 2 adult Yellow-legged Gull, but sadly no white-wingers. A Common Sandpiper was busily feeding on the rocky shore, but with light deteriorating I decided to head round to Carr Lane to check out the what dusk would throw up. 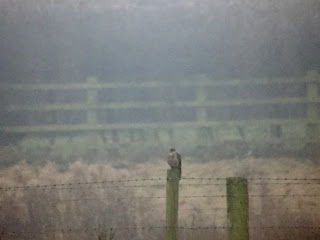 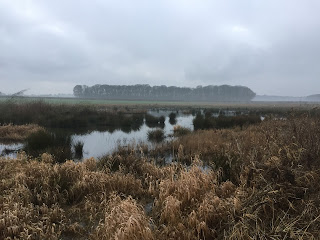 Meeting up with Iggy and Paul Lees who had the same idea, we had great views of a female Merlin, that was sat along the fenceline on the Carr Lane Pools side. The mild and misty conditions were clearly not helping matters, with the Water Rails barely making a squeak and a half hearted burst from the Cetti's Warbler. Even a Pipistrelle Bat was flying around, showing clearly how mild even it felt it was. With a no show from any Owls or Woodcock, I decided to call it a night. However walking back to the cars Iggy picked up a Little Grebe flying over our heads, whilst a few Common Snipe squelched away as we unlocked the cars.

So a productive couple of days on patch to start off the New Year, and with some rather glaring gaps still there is plenty of birding left for January.