After two day time visits to the patch I was keen to get out for a dusk session. After a freezing sub-zero overnight frost, I was hopeful that the expected dusk species would be present. I headed out in glorious late afternoon sunshine, and although it was freezing cold it was good to get out in some fairly decent weather. 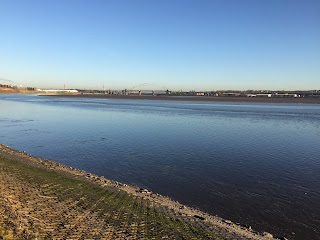 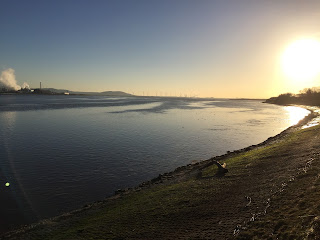 I decided to head to Pickerings Pasture to try and pick up a few missing birds from the patch yearlist. Up to 9 Bullfinch were again in the hedge leading down to the Mersey, but again they were sat on the wrong side of the hedge to get any decent pics. The feeders were again alive with birds, although there was nothing of great note. Reaching the Mersey the tide was still relatively high, with most waders and gulls still loafing about on no-mans land. 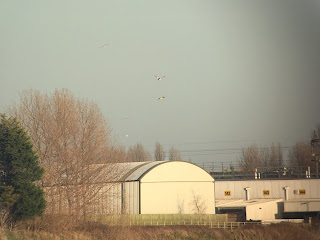 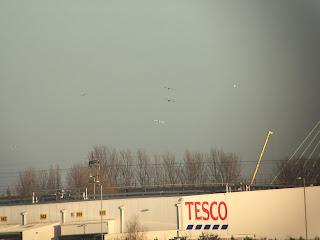 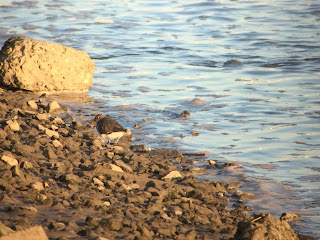 Settling in to have a quick look through the distant waders and gulls, my attention was drawn to two ducks flying towards me from the west. Without raising my binoculars I knew what they were, but it was nice to get a flyby of 2 male Goosander as they headed east towards the Runcorn Bridge. 3 Common Sandpiper were feeding along the shore line, whilst a scan of the distant gulls and waders didn't really reveal anything unexpected. A couple of Raven were "cronk-cronk"ing along the Mersey flying backwards and forwards, always a great sound to hear. 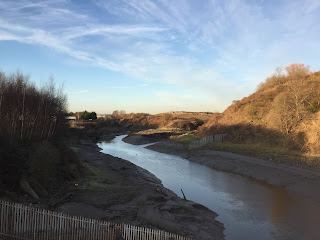 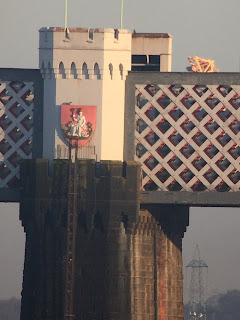 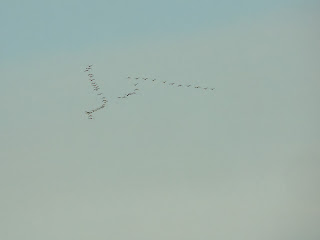 A male Gadwall was hiding amongst Mallards by the bridge on Ditton Brook, amazingly my first on patch this year. A Peregrine was sat up on the Runcorn Bridge, whilst some loud "wink-wink" drew my attention to a group of c.48 Pink footed Geese heading west along the Mersey and over my head. A couple more Bullfinch and a calling Chiffchaff were in Ditton Brook, but with light starting to fade I made my way quickly back to the car. 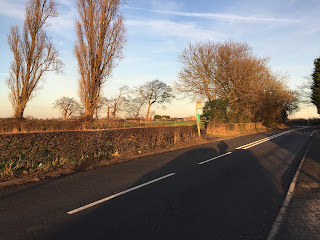 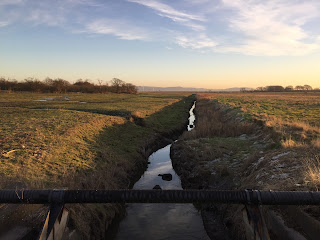 Driving back along Hale Gate Road towards Hale village I stopped to have a brief scan of the Marsh from by the farm. Although the Marsh was quiet there was a large finch flock which contained c.200 Goldfinch, 8 Siskin and at least 2 Lesser Redpoll with a few Chaffinch thrown in for good measure. Stopping on the bridge on Town Lane proved fruitless with the flood totally frozen over and the marsh still rock solid, resulting in no Pipits; or any other passerines for that matter. However the field at the back of the Pools held c.400 Golden Plover and c.200 Lapwing, always nice to see. 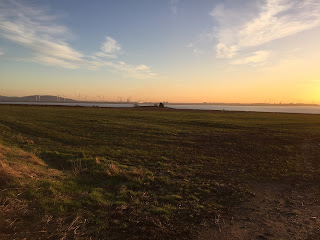 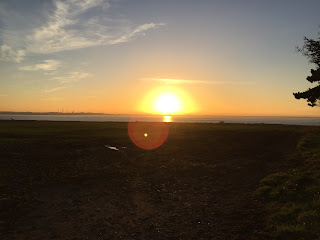 With a few minutes to spare I thought I would head round to Church Lane and have a quick scan over the Mersey and Frodsham Score....surely there would be Swans by now? Nope! The setting sun didn't help with viewing Frodsham Score, but even in poor light there were clearly no Swans of any type. Just as surprising was the fact that there were only a couple of Little Egret and no Great White Egret present. A decent number of Raven were again feeding along the edge of the Score, whilst an immature Marsh Harrier was drifting about Frodsham Marsh. 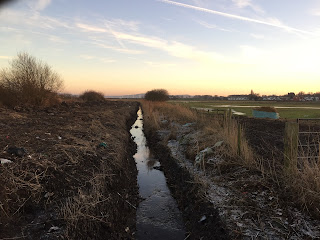 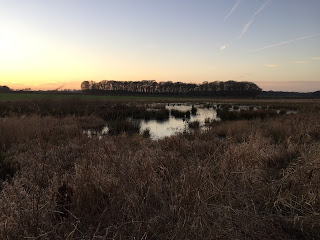 I headed round to Carr Lane ready for dusk, and after a quick look around again finding the majority of open water frozen I positioned myself on the bridge. The Cetti's Warbler was again calling from Ramsbrook, whilst a few Water Rail were already starting to squeal away. I was joined by Mike Roberts and another local birder for the next hour. A large Fieldfare flock came into roost, and a Woodcock came whizzing out of Great Boar Wood. But the best was probably the hooting Tawny Owl from the top section of Great Boar Wood, an increasingly infrequent sound on patch. A few Common Snipe squelched over, but with light seriously fading fast I had given up hope on the Barn Owl. But at 17.20pm the Barn Owl suddenly emerged from Great Boar Wood and drifted along the field edge and out onto Ramsbrook. By now it was too dark to see, so I gave up on the Short-eared Owl, hopefully it'll wait for the next visit........