First off, I would like to wish everyone a very Happy New Year. Let's hope that 2017 is a repeat of the bird filled year that 2016 was (without the other non-bird related rubbish getting in the way!).

A virus that kept me laid low for the end of 2016, also kept me out of the action for the first couple of days of the New Year. Fortunately by the 3rd I was feeling a lot better, and I managed to escape for a decent session on patch to start the new yearlist off. Sadly the weather wasn't up to much with generally cloudy grey skies, and a brisk cool north-westerly breeze which cut right to the bone. 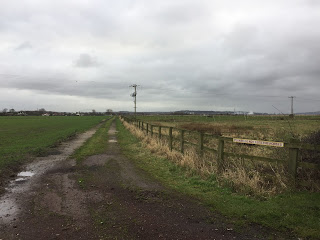 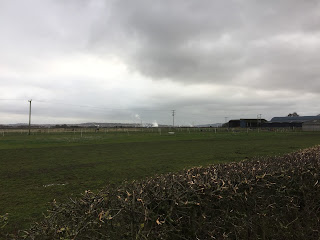 Turning off Higher Road and onto Carr Lane meant I had now officially entered my patch boundary. A Fieldfare flying west over the road was surprisingly going to be my first bird on my yearlist. Stopping regularly on the road down to Burnt Mill Farm I racked up a decent number of the expected common species, but of more interest were 3 Yellowhammer in the field by the Farm itself. Despite the grey conditions Sparrowhawk, Kestrel and Common Buzzard were quickly added as well. 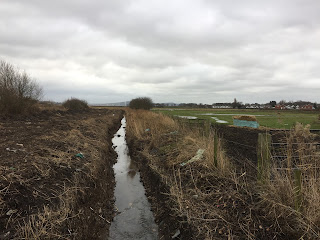 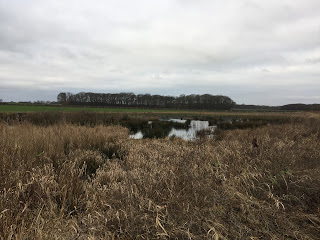 Finally reaching the bridge on Carr Lane I parked up and was greeted by a squealing Water Rail and singing Cetti's Warbler. A Kingfisher darted along Ramsbrook, whilst a Little Egret was busily feeding away at the far end. A tit flock moved through which contained a Chiffchaff, whilst a nasaly "neep" gave away 2 Brambling on the edge of Great Boar Wood. A number of other common species were added, but there was no sign of any Water Pipit (with up to 9 birds having been seen by Rob aa couple of days earlier). 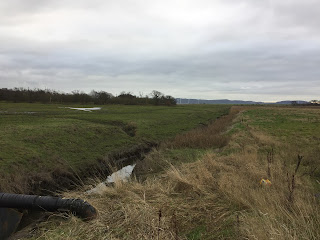 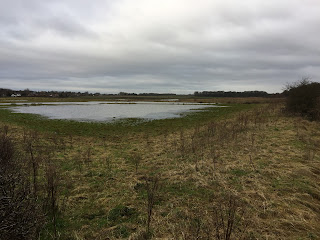 After a brief drive around Hale village adding a few more expected yearticks I moved on to the bridge on Town Lane. A male Stonechat was sat on the central fenceline of Carr Lane Pools, whilst a few Black-tailed Godwit and Redshank and the expected ducks (Eurasian Teal, Mallard, Wigeon) were feeding on the Pools. Checking out Hale Marsh I picked up a female Merlin sat distantly out on the fenceline, and a Barnacle Goose feeding among the Canada Geese. After a bit of a wait I eventually located 4 Water Pipit feeding in front of the decoy (strangely the first time I have seen them feeding in this area). Heading towards Pickerings Pasture I suddenly heard the unmistakable trilling of Waxwing, as 7 headed north over the road in Halebank (the benefits of driving along with your windows down!). A long overdue patch lifer, but rather frustrating that they waited until the New Year to eventually give themselves up! 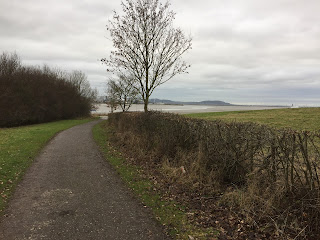 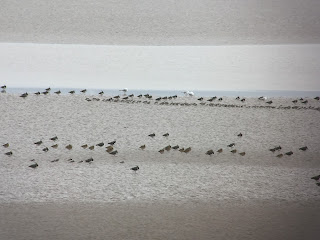 Parking up at the entrance gate to Pickerings Pasture I added 8 Bullfinch, which were feeding in the hedgerow again. The tide was relatively low, but on the way in so there was plenty of exposed mud. The expected waders were present with c.800 Lapwing, c.300 Golden Plover, 50 Dunlin, 5 Ringed Plover, Curlew, Oystercatcher. On closer examination of the Dunlin flock I managed to pick out 2 Little Stint (presumably the birds that have been transferring between Frodsham and Pickerings for the majority of the winter). 2 Common Sandpiper were feeding along the rocky shore, whilst 2 Peregrine were around the blue-topped tower on Weston Point. 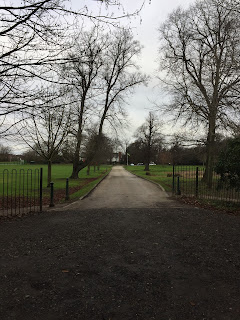 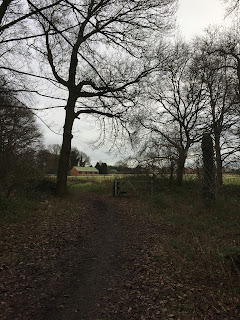 After a failed wander around the feeders and control meadows at Pickerings I headed to Hale Park. Great Spotted Woodpecker, Treecreeper, Coal Tit and the majority of expected woodland birds were added easily enough, although Goldcrest surprisingly took a little more effort. More surprising was the lack of Nuthatch?! Walking through I decided to walk the ditch towards the wooden bridge and then walk out onto Hale Shore. Grey Partridge were difficult for once today with only about 5 seen in the carrot fields, but very little else about. 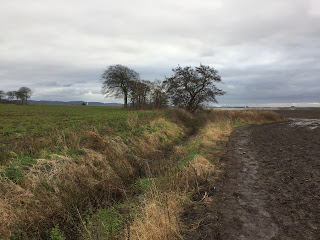 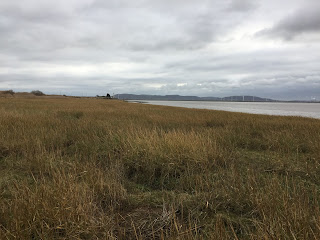 Hale Shore was very productive with at least 36 Common Snipe flushed from the saltings, and 2 Jack Snipe that I almost trod on. At least 2 Rock Pipit were feeding along the edge of the saltings and were incredibly mobile. 2 Great White Egret (sadly now down graded to a 2 pointer - ah the old days of an easy 3 pointer!!) were picked out on Hale Marsh, along with c.12 Little Egret, but sadly not a Swan in sight. The light was fairly horrific, and despite good numbers of waders out on the Mersey it wasn't easy to pick anything of great interest out. The walk back through Hale Park dug out at least 5 Siskin, but I again failed to see or hear any Nuthatch (possibly the first time I have ever failed to see them in the Park?!). 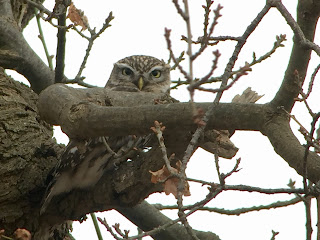 A brief wander along Within Way picked up the hoped for Little Owl, which looked thoroughly miserable in the cold wind. A brief scan over Hale Marsh failed to pick up the Egyptian Goose, but there was a good number of other expected species. By now I felt rather tired, and wanting to avoid killing myself after recovering from a virus I decided to head home, rather pleased with notching up 85 species on patch with very little effort. A full day and maybe a little more luck I reckon a round 100 could be reached, especially when looking through some of the "easy" birds that I failed to see during my visit. Then again if I had seen everything then it could have made for a rather slow first winter period!!