With a mix of cold weather, strong northerly winds, tidal surges and a big spring tide it all seemed to point towards a potentially exciting time to visit the patch. It was a bit of a mixed day weather wise with some cloud, brighter spells and a few light hail showers, with a chilly north-westerly wind. 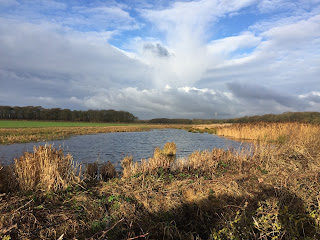 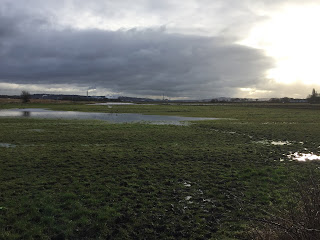 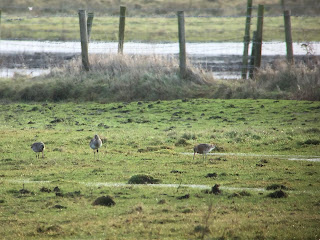 With the impending high tide I only had a brief stop along Carr Lane, where it was very quiet. A brief squeak from a Water Rail was about it from the flooded field, with a handful of Eurasian Teal and Mallard poking about at the back of the pool. Carr Lane Pools looked equally quiet, but three Black-tailed Godwit were feeding close by (including one with a gammy looking knee!). A Kestrel and Common Buzzard sat on the fences had probably put paid to many passerines, so I quickly got on my way again. 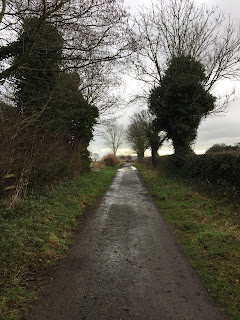 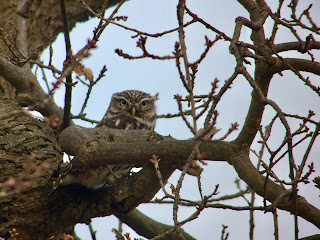 I parked up at Within Way and enjoyed a couple of bubbling Nuthatch, Coal Tit and a decent sized flock of Goldfinch that contained 2 Siskin pretty much by the car. A Sparrowhawk zoomed over the track heading towards the copse, whilst the fields were full of Curlew and Black-headed Gull, presumably pushed off by the high tide. The Little Owl was showing well, and kept a close watch on me as I continued my way down the track. 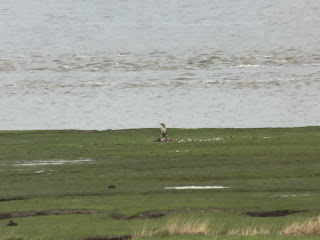 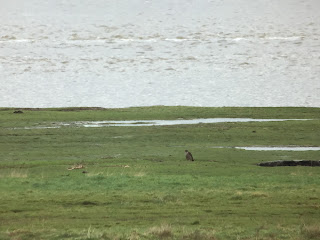 A brief scan over Hale Marsh revealed a juvenile Peregrine and one of the very pale Common Buzzard helping to reduce the Canada Goose population. There were already good numbers of Dunlin, Cormorant and Lapwing roosting on the Marsh ahead of the rising tide, and a couple of Little Egret flew in towards the sanctuary of the Decoy edge. A scan of the Mersey from my elevated position didn't produce any results, so I hurried down to the end of Within Way. 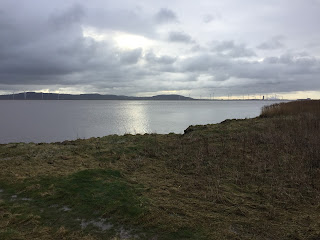 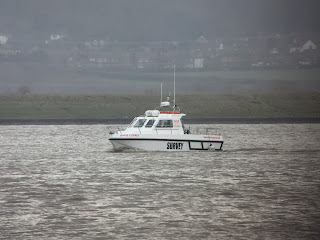 Scanning the Mersey and Frodsham Score finally picked up an Egyptian Goose, presumably the same bird that spent the majority of 2016 on Hale and has now defected. A female Common Scoter flew east past me, having been flushed by a boat (the "White Osprey"). Somehow my tweet must have been mis-interpreted, with a report of an Osprey flying east quickly emanating on the bird news services?! Hmmmmmmm............ 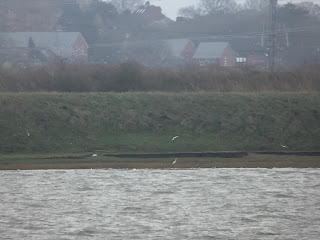 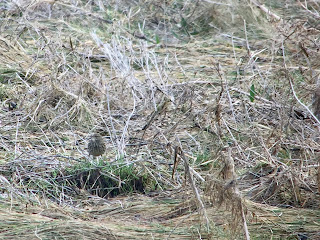 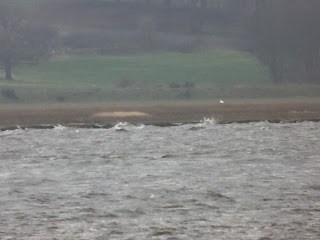 Walking further round towards the Lighthouse I picked up a couple of Great White Egret, 2 Whooper Swan and up to 12 Rock Pipit among good numbers of Meadow Pipits. Waders were starting to move a lot and some impressive counts of Dunlin (5000+), Golden Plover (1200+), Grey Plover (120+), Knot (c.20), Black-tailed Godwit (150+) also contained 5+ Bar-tailed Godwit. Duck numbers were less impressive, with only small numbers of Wigeon and Eurasian Teal visible. 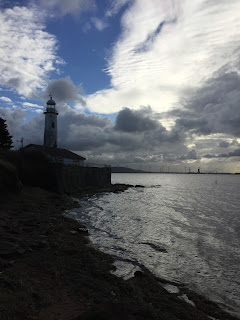 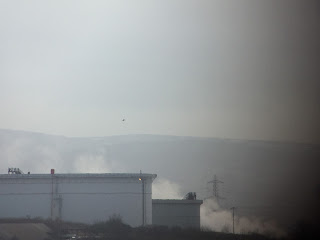 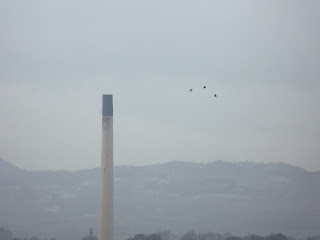 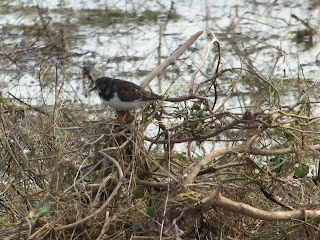 At least 3 Jack Snipe were flushed off Hale Shore as the tide engulfed the vegetation, with c.20 Common Snipe also being pushed off. A male Common Scoter flew east past the Lighthouse, but was always distant. Sadly that was as good as it got for wayward sea-ducks/grebes/divers and auks. However probably highlight of the day were 3 Rook (a rare patch bird) that flew north over the Mersey towards Garston. Frodsham Score provided good numbers of Raven, a female Marsh Harrier and a Peregrine, but little else, whilst the tide pushed a few more Turnstone my way as dry land became a hot commodity among the fleeing waders. 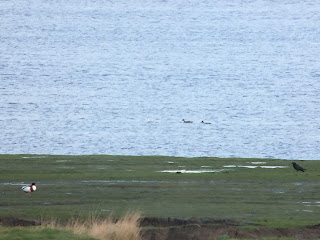 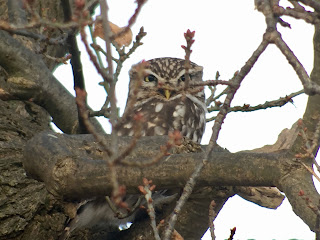 Two hours of watching the rising and turning tide didn't produce as much as had been hoped for, but it was still good fun as ever. Retracing my steps back to my car, I picked up 2 Gadwall just off Hale Marsh, whilst the Little Owl was still awake and watching me slowly trudge back. Hale Marsh held 5 Little Egret, but was surprisingly quiet given the high tide; although the slowly dropping tide had already exposed no mans land and a quick look upriver revealed stacks of waders making the most of the freshly exposed mud. Finally reaching the car I made a brief (rather pointless stop) at Carr Lane before heading home.