Owl be out later

After what seemed like very long first week back at work I managed to get a very brief visit to the patch in on Friday night. Although sunset is still early (hopefully it won't be too long until the lighter evenings are back), there are clearly benefits of being able to get to a number of areas via car. It was a relatively bright evening it was still bitterly cold, with a strong north-westerly. 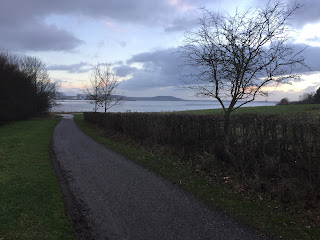 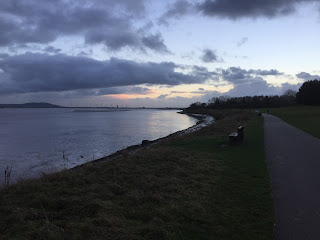 I decided to head to Pickerings Pasture to check out the Gulls, however it was very disappointing, with only c.40 "large" Gulls sat out on the exposed mud. A quick look through them revealed nothing of great interest. A Common Sandpiper was again feeding along the shore, but with limited exposed mud there were not great numbers of waders, with only a handful of Golden Plover, Lapwing and Dunlin. With not much time to play with I decided to call it quits and head to Town Lane. 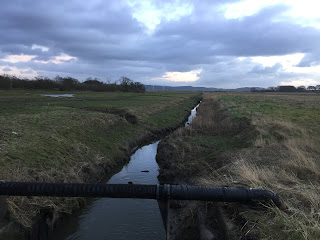 Town Lane bridge produced a single Water Pipit flying around calling, whilst a Merlin (possibly a male) was sat distantly out on the fenceline. 3 Little Egret were feeding across the Marsh, whilst the decoy was starting to fill up with roosting Stock Dove, Woodpigeon and Cormorant. The flooded fields on the opposite side of the road held c.80 Eurasian Teal, 6 Shoveler  and a few Mallard, but otherwise it was fairly quiet. 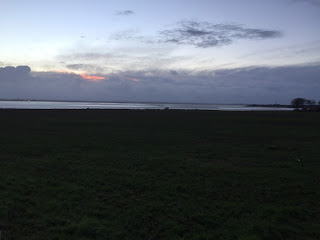 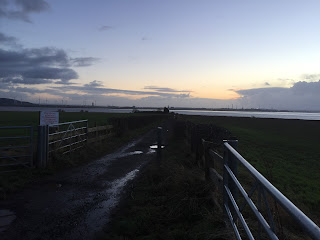 Heading round to Lighthouse Lane I regretted not having headed here first, with decent numbers of Gulls starting to build on the exposed sandbars and mud. However there still seemed to be very few "large" Gulls coming into roost, almost certainly due to the closure of Arpley Tip. Prior to the closure of the Tip I had been optimisitic that numbers may not be affected too drastically, however it looks like this may not be the case. Scanning across the Mersey towards Garston I picked up a Short-eared Owl heading north towards Garston (possibly one of the birds regularly seen feeding along the reserve in the evenings?). A scan of Frodsham Score and Ince Marshes surprisingly revealed very little other than a good number of Raven. 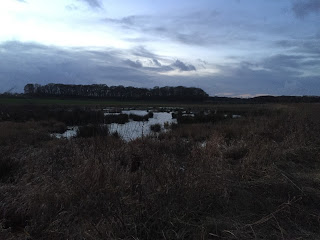 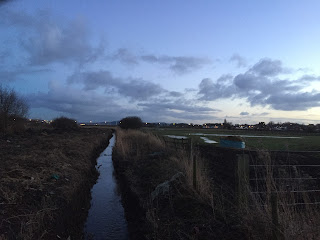 With the light almost gone I headed back to Carr Lane, where the Water Rail were a little more vocal. The wind made hearing anything difficult, but a small party of c.50 Fieldfare flew over and landed in the willows. The Barn Owl was out surprisingly early, and showed well as it fed along Ramsbrook, even coming close to within c.30 feet to investigate the strange squeaking I was making. The wind was clearly having an effect though, and little else decided to put in a showing before the light went. Having lost feeling in pretty much the whole of my body I decided to retreat to the car and head home.
Posted by daveliverbirder at 07:04