After a fun evening on patch yesterday I was hoping that today would bring more of the same. However the cold, grey and very murky conditions didn't really inspire much confidence. I managed to get out for a few hours from late morning, and decided to head to Hale Lighthouse to check out the shore for rare finches, buntings, arctic ducks, divers and yank waders...... 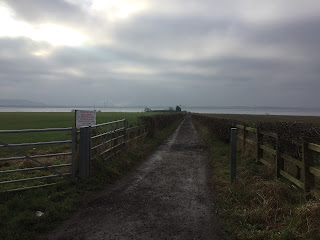 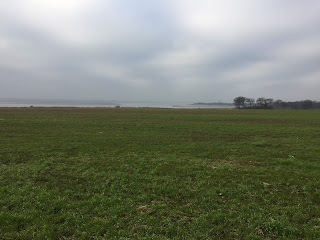 Walking down Lighthouse Lane I was ecstatic to see lots of walkers in brightly coloured jackets, dogs having a great time running across the fields, and a group of kids on bikes screaming their heads off.......I wonder why I'm not a big fan of weekend birding on patch?! Despite that I pressed on, but unsurprisingly seeing very little on the walk down to the Lighthouse. I decided to attempt walking the shore to the east and west of the Lighthouse, where at least there was less human interference. 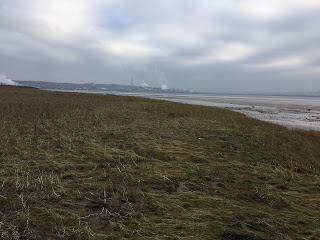 The section to the east of the Lighthouse at least produced a few birds, including 2 Jack Snipe that waited until the last second before flying up and dropping almost immediately back down into the reedbed. There were at least 4 Rock Pipit also feeding along the edges of the Shore, whilst 9+ Meadow Pipit and a few small groups of Linnet and Goldfinch gave me cause to stop to double check for nothing rarer. 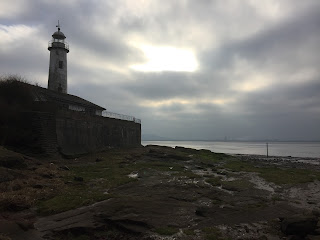 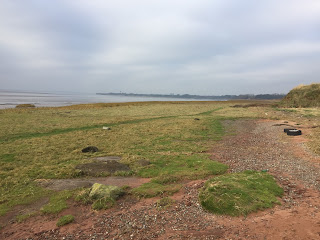 The walk to the west of the Lighthouse was less productive, with next to nothing around. A single Common Sandpiper was feeding along the shore line, whilst I only managed to kick out a single Common Snipe. A Common Buzzard gave a low pass over my head, but even the presence of a raptor failed to frighten anything out of it's hiding spot. The visibility was so poor I didn't even bother scanning Frodsham Score or Ince Marshes, and although I could see plenty of activity out on the Mersey mudflats I didn't waste any time trying to peer through the murk. 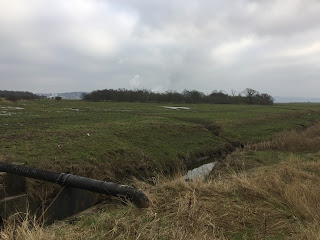 A brisk walk back to the car to warm myself up was only interrupted by a brief stop to look at the Grey Partridges. Moving round to the bridge on Town Lane I was thoroughly depressed to see next to nothing. Carr Lane Pools was dead, and the Marsh was not much better. A single Common Buzzard sat on the fenceposts, and 2 Little Egret were the best of not much at all. 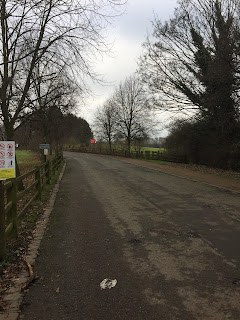 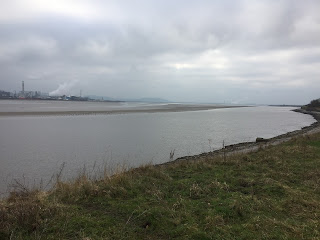 Parking up at the entrance to Pickerings Pasture I finally caught up with the male Blackcap which was coming to the feeders by the gate to the control meadows. Up to 8 Bullfinch were again feeding in the hedgerow on the way down to the Mersey. Reaching the river I was again exposed to the freezing cold wind, but at least there were some good wader numbers spread out and relatively close. 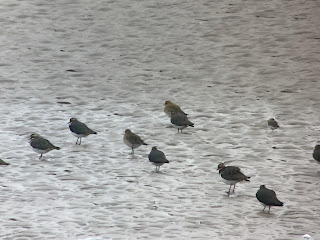 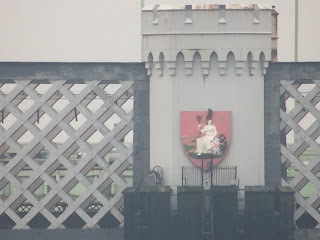 Among the c.600 Lapwing were c.70 Golden Plover (I'm not sure where the rest had gone), c.50 Curlew, c.400 Dunlin, Ringed Plover, Redshank and a handful of Black-tailed Godwit. The Peregrine was sat up on the Runcorn Bridge, whilst a second bird was sat up on the higher section of the road bridge. I walked up to Ditton Brook, having an unsuccessful scan through the small numbers of large Gulls that were gathered on the sandbar. I trudged back to the car thinking that I would head straight home, but had second thoughts so decided to pop to Carr Lane....... 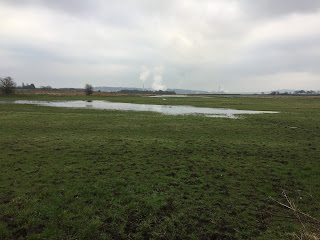 .......in hindsight I probably should have just headed home. Having thoroughly depressed myself with finding nothing I finally headed home. Where have all of the good birds gone from early January?!