The day started a lot fresher than of late, with a fair amount of cloud cover and a light north-westerly which at least made it feel more bearable. However by mid-morning it had burnt off leaving another scorcher of a day with temperatures up to 27 degrees. The north-westerly had picked up though which again helped to take the edge off....and cunningly disguise how strong the sun was! 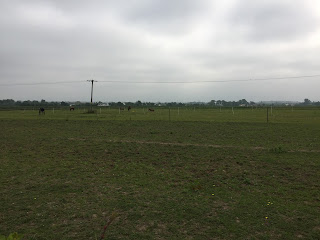 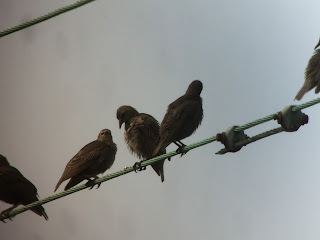 Burnt Mill Farm produced pretty much a carbon copy of yesterday's birds, minus the Wheatear. The pair of Grey Partridge were still feeding in the open, whilst the Corn Bunting was singing from the wires by the Farm and a few Yellow Wagtails buzzed about. Starling numbers seem to be building with a minimum of c.90 birds feeding in the paddocks. 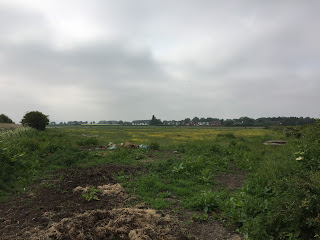 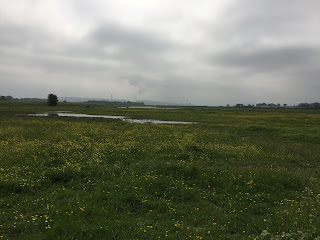 The Damp Squib (formerly known as the flooded field) was again very quiet other than 4 very vocal Reed Warbler. A Peregrine bombed through scattered virtually everything in it's wake....which wasn't much! Scanning across towards Carr Lane Pools and there seemed to be very little on show other than a few rather territorial Redshank.

Moving round to Town Lane I met a few birders who were looking for the Green Winged Teal without success. It was evident that there had been a bit of clear out, with only 4 Teal remaining today, with 9 Gadwall and the usual Mallard posse. Walking along Town Lane the wet fields were very quiet as well, with only 2 Tufted Duck of note, and no waders at all. Scanning across Hale Marsh I picked up an adult male Hobby buzzing around rather very distantly, always nice to see but it would be nice if they came a bit closer! 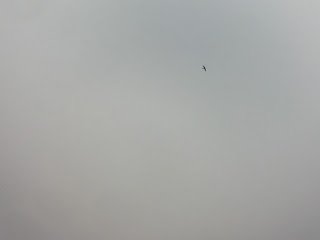 Continuing to scan the sky resulted in a minimum of 7 Common Buzzard and hundreds of Swift clearly enjoying the warm weather. Scanning over the back of Carr Lane Pools I picked up a Sparrowhawk, Kestrel and a few more Common Buzzard. A further Hobby (a 2cy bird) fortunately provided much better views, but sadly the resultant phone-scoped shots didn't really do it justice....they're just too fast!! 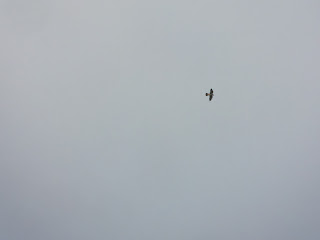 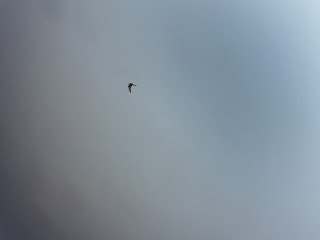 Walking back to the car my eyes were drawn to a large raptor drifting east over my head, the long wings and gull like look immediately made me realise it was an Osprey. This is now my 4th on patch this year, but as many as 7 or 8 birds have been recorded making it an excellent Spring. With the high tide not due for a few hours I decided to head to Within Way. 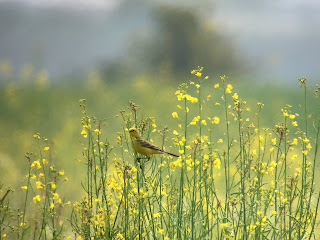 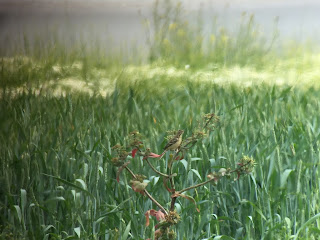 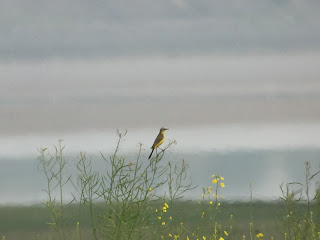 The adult Hobby followed me along Within Way and showed well throughout. There was not a peep out of any of the Quail today, but the flava Wagtails were putting on a good show. I was finally able to confirm successful breeding of the Channel Wagtails as well, with the parents feeding at least one fledgling. There were loads of Skylark, Goldfinch and Linnet on the move, but little else to keep me going so I moved round to the Lighthouse to watch the rising tide. 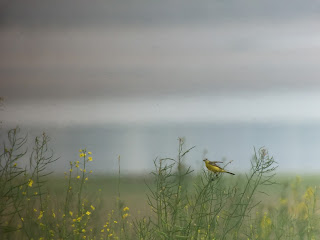 The light misty haze made picking out anything on Frodsham Score near impossible other than assigning blobs to colour, and even then it was a bit of a guess. Fortunately whilst scanning the Mersey I picked up 3 Common Tern moving west quite close. Given that they are a relatively common bird, with breeding birds within 10 miles they are a scarce bird on patch; this being only my second patch record this year. 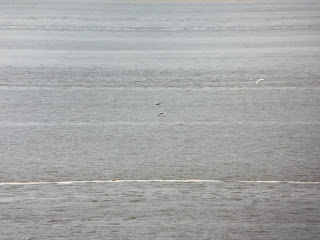 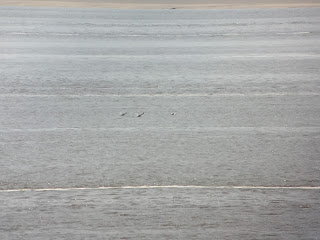 I spent the next hour scanning for more terns without success. There was little else of note, and with my arms and neck getting redder by the second I decided to head home and cool down. Not a bad patch visit, but it feels like the start of the long summer when new birds are hard to come by....but hopefully there's still time for a couple of goodies.

***The Green Winged Teal appears to have relocated to No.6 Tank on Frodsham. Just as well I bumped found it on it's summer jaunt across the Mersey!!***