It had been a long week with no time to get out on patch, so I was glad that it was finally the weekend. The weather started rather overcast today, but it was still surprisingly warm and humid. Once the sun broke through it felt even hotter, and even the light north-easterly breeze couldn't take the edge off. 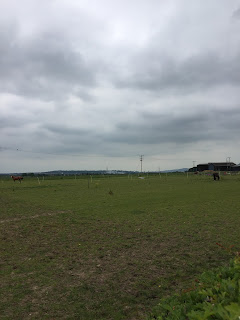 Just as I was pulling up at Burnt Mill Farm a Cuckoo flew over the road calling, before continuing on it's way towards Halebank. Despite the good habitat, and plentiful "host" species this is a surprisingly difficult bird to see on patch. The rest of the area held the expected Corn Bunting, 3 Yellow Wagtail, 2 Grey Partridge and plenty of recently fledged Starling. 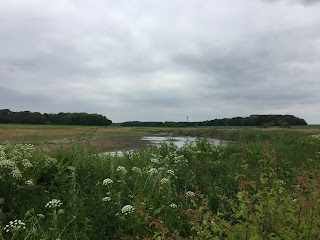 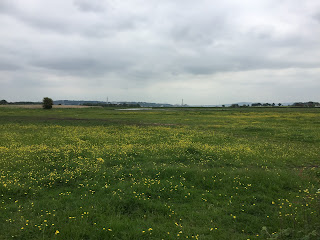 The flooded field looks more like a damp puddle after the recent dry weather, and the vegetation has made viewing of the remaining wet areas difficult. The area was full of Reed Warbler, Whitethroat and Reed Bunting, but there was a real end of Spring feel to the area. Looking over towards Carr Lane Pools was a pretty similar picture, with water levels desperately low. 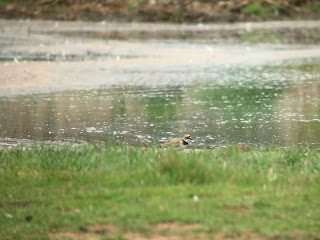 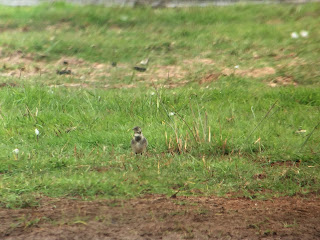 Moving round to Town Lane I bumped into Sean O'Hara; we both scanned the Pools for a while, but other than a pair of Shoveler there wasn't much to keep us entertained. Sean decided to stay and keep looking for the recent Hobby, whilst I headed off to check out Hale Marsh. The pools along Town Lane held 2 Little Ringed Plover, a further pair of Shoveler and a number of recently fledged Pied Wagtail. A few large kettles of mixed Gulls were "anting", but didn't contain anything of any note. Other than the large Cormorant colony and the multitude of Canada Geese, Hale Marsh was depressingly quiet. 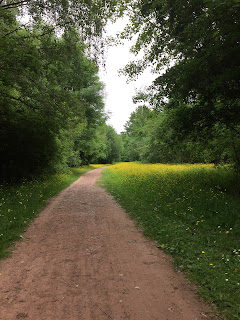 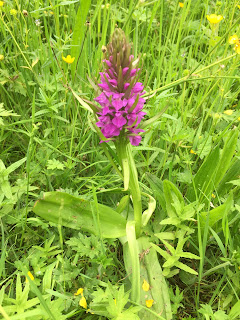 I decided to move round to Pickerings Pasture, hoping that the recent Little Gull may put in an appearance. The track by United Utilities was alive with new fledglings including Great and Blue Tits, a few Blackcap and Whitethroat. Although I am predominantly only interested in birds, it was nice to see so many Southern Marsh Orchid, and the wild flower meadows were looking very impressive. Butterflies were also well represented with plenty of Speckled Woods. 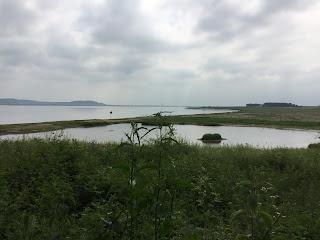 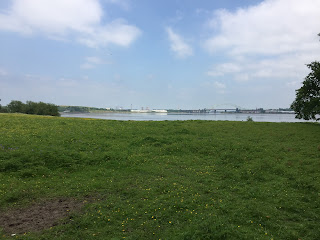 I spent about an hour looking through the Gulls on the Mersey off Pickerings, and despite a good build up the highlight was a single 3rd summer Yellow Legged Gull. A Greenshank was calling from the near bank, but stayed just beneath my position for a photo opportunity. By now the sun had started to break through and it was starting to feel very hot. I decided to head back and move round to Within Way. 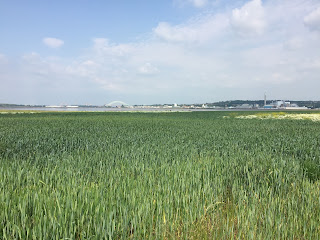 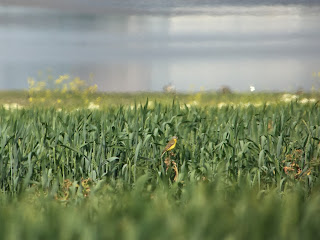 The walk along Within Way was very hot, with only a few Common Buzzard on the wing and the ever present song of Whitethroats. A couple of Yellow Wagtails were whizzing around, but it was very quiet. Reaching the end of Within Way I picked up a male Marsh Harrier over Frodsham, whilst a Peregrine was sat on top of the blue topped chimney. Mersey itself was very quiet with nothing of great note. The walk back, produced a 5 minute rush of goodies, with a Hobby soaring above my head before zooming off towards Frodsham and a Quail singing from the usual field. Scanning the fields I picked up a pair of Channel Wagtail that appear to be nesting alongside at least 4 pairs of flavissima.

So not a total wash out of a day, but I have a feeling that the rest of the summer months may be hard going.....!