It had been another long wait between patch visits due to work, but I was able to get away a little earlier finally and get some birding done. The weather had been a mix of warm sunshine and torrential downpours, with a light north-westerly. The clouds appeared a little more broken by the time I got out onto patch and I was confident I would at least get a few hours birding in. 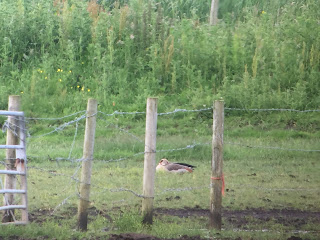 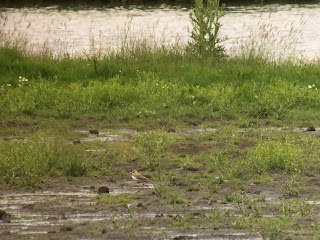 On the drive to the patch I was amazed to pick up a juvenile Gannet flying north west over Speke Retail Park. If it had come from it's original line of direction it almost certainly would have been visible from the patch. Very frustrating as it would have been a very good patch tick! Reaching the Town Lane gate it was pleasing to see that the Pools are looking very healthy (maybe a little too healthy with the amount of vegetation which is making viewing very difficult). I quickly picked out the Egyptian Goose, along with a number of other ducks - 21 Eurasian Teal (no sign of the Green Winged), 7 Shoveler, 15 Gadwall and a good number of Mallard. 3 Little Ringed Plover and 2 Black tailed Godwit were the only wader highlights among good numbers of Lapwing (36), Redshank (12) and Oystercatcher (2). 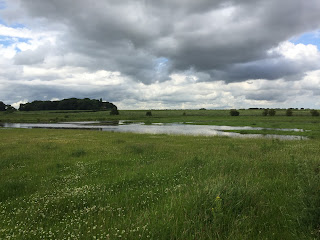 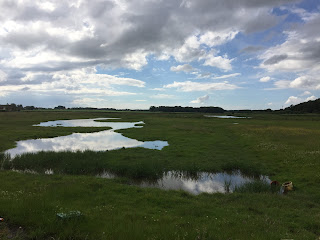 The whole of the area was swarming with Wagtails with a minimum of 20 Pied Wagtail (with many young), 5 Yellow Wagtail. 2 Hobby were again over the back of Great Boar Wood, but were not overly showy, lifting up above the tree line occasionally between bouts of chasing hirundines. The wet areas along Town Lane held a pair of Tufted Duck, along with a good number of very messy looking eclipse Shoveler and Mallard. Hale Marsh was quiet other than the usual hoards of Canada Geese which are ever increasing. 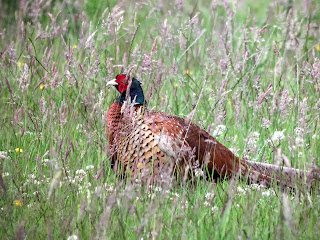 Having missed the high tide I decided to head around to Within Way. The clouds were starting to look a little more menacing, which should have prompted me to put on a jacket and maybe rethought my plans........or maybe not! The area around the farm held plenty of family parties including Goldcrest, Chiffchaff and Blackcap. A Little Owl was yelping from the first copse, whilst Swifts screamed around noisily. 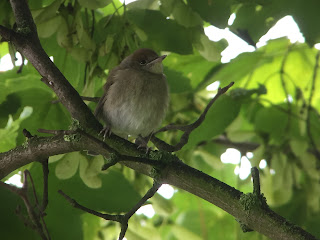 Walking down Within Way produced the expected species, but the finch numbers appear to be well down on last year, with only small numbers of Goldfinch, Linnet, Chaffinch and Greenfinch. Whitethroats appear to be having another good year though with birds appearing to be in virtually every hedge. Yellow Wagtail also appear to be doing well, with birds zipping around everywhere. Grey Partridge were calling unseen from the crop fields, hopefully they will continue to flourish in the area. Best of all though was a pair of Corn Bunting, fingers crossed that they are starting to expand again. 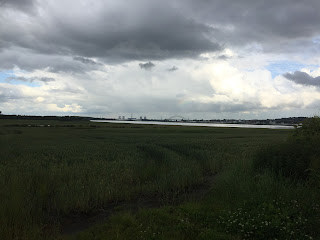 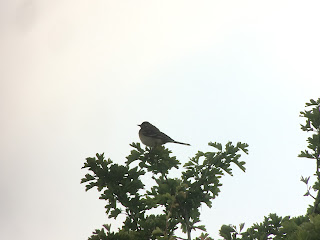 Reaching the end of Within Way I had a quick scan of the Mersey which produced 15 Curlew, a small number of Black Tailed Godwit and very little else. By now the dark clouds were starting to produce a few spots of rain, which then turned into a torrential downpour. With very little cover I only one choice of walking back in the rain.....!! Needless to say the return walk was quiet, other than an adult Peregrine soaring near to the Farm, just as the rain was starting to ease and the sun emerging again - impeccable timing clearly!

A brief stop at Carr Lane Pools on the way home to see whether the rain had dropped anything new in, only resulted in an increase of Black Tailed Godwit to 15. As I was thoroughly drenched I decided to head home to dry off.