Scallys DO have their uses!!

Much cooler fresher conditions today, with some pretty hefty thunderstorms. The thunderstorms had flooded out my own road, and I was hopeful that the rain may have pushed in something to the patch; especially with news of two Red Necked Phalarope just down the road at Woolston Eyes. At least with the light nights it didn't matter that I wasn't able to get down to patch until gone 7.30pm. 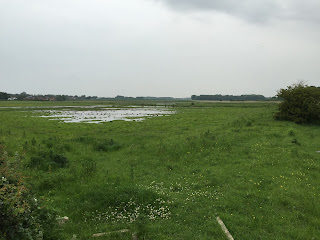 I had planned to start by visiting Burnt Mill Farm, however an overturned 4x4 (presumably nicked and then ditched by some Scallys) at the end of Carr Lane meant that I had to change plans. Driving round I stopped at the bridge on Town Lane to scan the floods. Sadly there were no Phalaropes, but there were 2 Avocet and 2 Little Ringed Plover and a better selection of ducks than of late - 2 Tufted Duck, 7 Gadwall, 2 Shoveler and 12 Mallard. 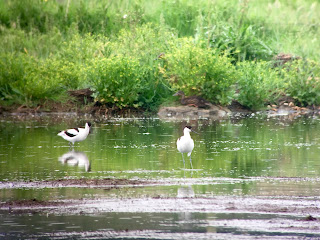 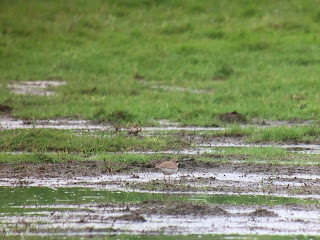 Walking back to the car I picked up a juv Spoonbill spiralling down onto the decoy on Hale Marsh. Judging by the extent of black in the primaries I would say that it was probably a 1st summer. Definitely a case of being in the right place at the right time, and all thanks to the Scallys!! The decoy was overflowing with Cormorants, a few Grey Herons and a Little Egret, but sadly the Spoonbill must have landed in the decoy or too low to see. 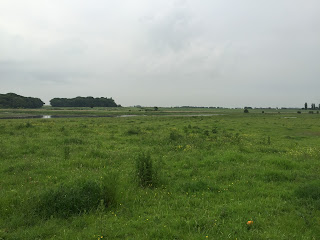 Moving round to the gate I quickly spotted an adult Hobby whizzing around over Great Boar Wood. The Pools appeared relatively quiet, but a Little Grebe was feeding along the back edge, whilst 3 Teal were feeding along the near edge with 5 Gadwall and a few Mallard. There was no sign of the Green Winged Teal until a group of Scallys on hairdryers zoomed past, flushing everything and revealing the Green Winged Teal!! 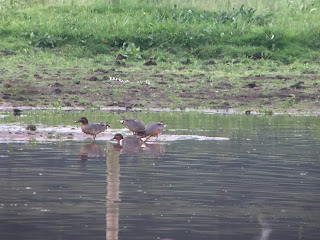 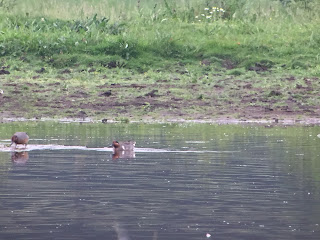 Whilst watching the Green Winged Teal, I picked up a Great Spotted Woodpecker flying over, whilst the woods seemed alive again with bird songs (clearly the rain has got them all frisky again!). Having had my fill of the Teal, which clearly has a serious case of OCD (spending at last 10 minutes non-stop preening and cleaning) I moved round to Within Way. 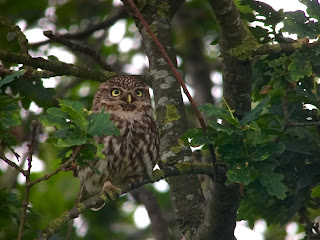 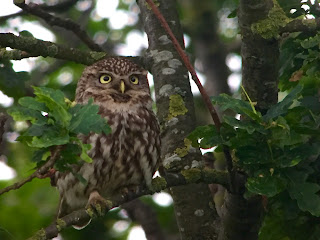 One of the local Little Owl's was showing very well tonight, and was singing almost constantly throughout my visit. The Blackbird's were certainly very agitated, and didn't give the Owl a minutes peace. A Peregrine was sat out on Hale Marsh, whilst the Oilseed Rape field held plenty of Yellow Wagtail, Reed Bunting, Linnet and Skylark; but there was no obvious signs of the Channel Wagtail or any sound of the Quail. 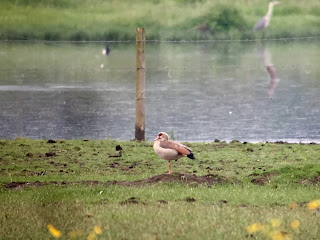 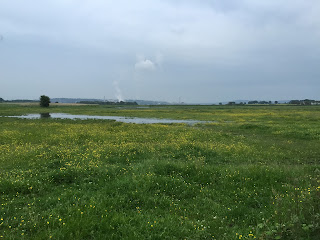 A quick return to Carr Lane produced an Egyptian Goose (my first actually on patch this year - no patchtheft from Frodders required). The only additions to the Pools were 4 more Avocet, and a single Dunlin. Clearly I failed to turn the homing device on for the Phalaropes or Terek Sandpiper! A Tawny Owl was calling from Great Boar Wood (only my second of the year on patch), and there were still plenty of singing Blackcap, Willow Warbler and Reed Warblers from the surrounding area. I spent a while listening for Crakes at the flooded field (which is wet again! Woohoo!), without success and with the rain starting to get a little heavier I decided to head home.

A really enjoyable late evening trip to the patch, but sadly I failed to locate the Eagle Owl which was seen just after 10pm. Not a tickable bird, but would love to eventually catch up with it; but it'll just have to wait until next time.
Posted by daveliverbirder at 14:29