It was another exceedingly warm, sultry day. The bright blue skies having been replaced by a veil of thin cloud, and light haze. When the sun broke through, it was almost unbearably hot. The thundery showers missed us, but I was hoping that they may push a few birds in. Having not had chance to get down on Sunday to look for the Spoonbill, I decided to take a days leave and give it a go. 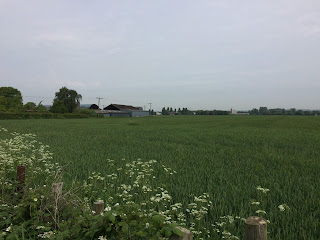 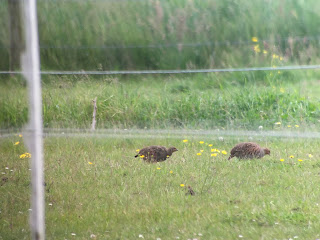 As is usual of late, I started at Burnt Mill Farm, where the paddocks held 2 Grey Partridge feeding out in the open. Scanning the fence line I was surprised to find a female Wheatear perched up at the back (a rather late date for the patch). 2 singing Corn Bunting, a couple of Yellow Wagtail and 5 Buzzard on the wing were also about, whilst the sky was full of hirundines and Swift. 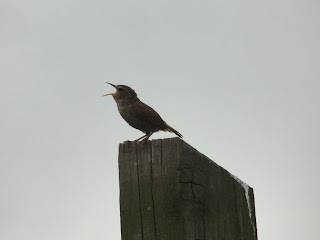 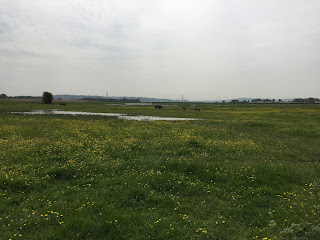 The flooded field was again rather quiet, with the available water receding quite quickly. The reeds were still alive with the songs of Reed and Sedge Warbler though, both of which seem to be having a good year. Scanning over towards Carr Lane Pools I was surprised to see that the water levels had increased - presumably due to the recent high tides rather than the thunderstorms. 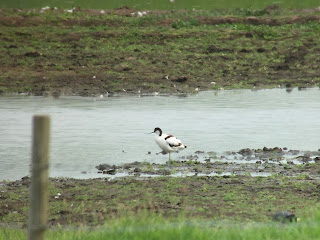 Moving round to Town Lane it was nice to find 2 Avocet showing well, whilst there were a number of young Lapwing and Redshank chasing around the edges. A Hobby flew over towards Great Boar Wood, whilst I continued to scan the pools. I was surprised to find a couple of Teal......I was even more surprised when the next duck I looked at was a smart drake Green Winged Teal!! Not the most expected find at this time of year!! 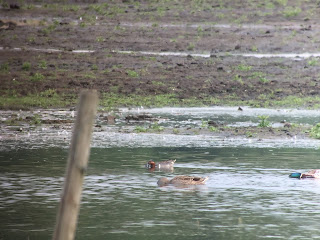 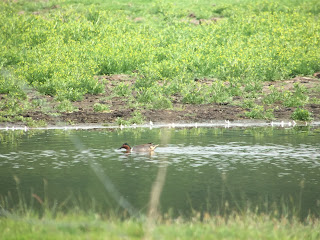 I watched the Green Winged Teal for a while to ensure that there was no bling on it's legs and discount any potential hybrid potential. Fortunately it all seems okay, but it does raise the question of where it has come from? Maybe it is the Frodsham bird from earlier this year that has relocated with some lingering Teal? Or maybe a returning bird from the north? 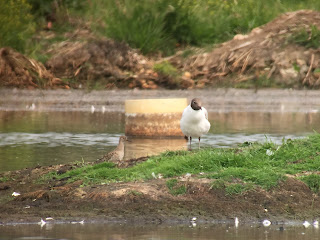 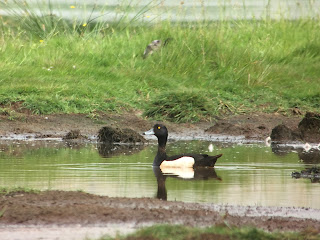 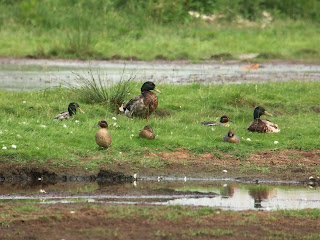 The rest of the Pools held a single Ruff, Little Ringed Plover, 2 Tufted Duck, 4 Shoveler, 17 Teal and 2 Yellow Wagtail. The decoy at Hale was noisy with numerous Cormorants and a couple of nesting Grey Heron on display. The rest of Hale Marsh was quiet other than the expected Meadow Pipits and Skylarks....and the 73 billion Canada Geese. 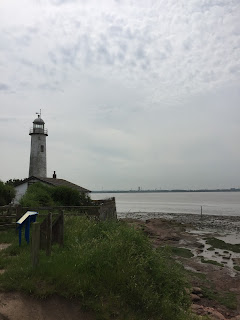 Deciding to give Frodsham Score a grilling for the Spoonbill, I made my way around to the Lighthouse. The fields on the way down to the Lighthouse are supporting at least 3 pairs of Yellow Wagtail at the moment, and they were very active during my visit. 2 white blobs on the Ince Marsh end of the Score may or may not have been Spoonbills.....but distance and haze was against me. A Great White Egret was feeding on Hale Shore to the west of the Lighthouse, my first on patch for quite some time. With the "high" high tide fast approaching I shot round to Pickerings Pasture. 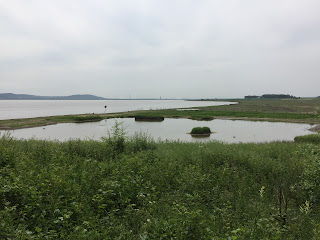 Walking down to the hide I received a message from Elliot Monteith to let me know that 3 Little Tern had just headed down the Mersey. I was in two minds whether to return to the Lighthouse, but decided against it. A number of seabirds enter the Mersey but fail to make it down to Hale, so thought I would continue as planned. The track to the hide was full of fledglings again, and there were also 4 Bullfinch, Great Spotted Woodpecker and a calling Spotted Flycatcher. 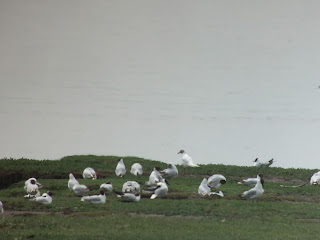 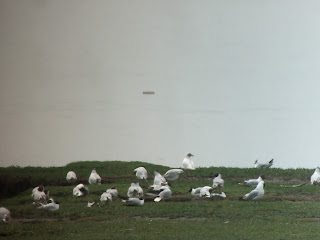 The roost was slowly building whilst I continued to scan the Mersey.....and suddenly in the distance I picked up 2 small terns flying east towards me. As they got closer I was in full fist-pump mode to realise that they were indeed Little Terns (another patch lifer for the day). Amazingly Little Tern is actually a better patch bird than Green Winged Teal!? Thanks must go to Elliot for the heads up on this one! The rest of the high tide roost was uneventful with only a leucistic Black Headed Gull putting in an appearance. The only waders deciding to roost were 74 Lapwing and 15 Oystercatcher. 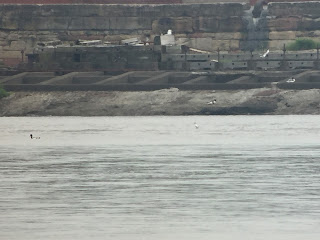 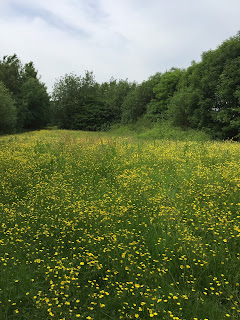 A quick look on the Mersey from Pickerings picked up another Avocet swimming in the rising tide, whilst a Peregrine was sat on the Runcorn Bridge. On the walk back to the car I flushed a Sparrowhawk from the track, which had been feasting on one of young rabbits.

What a great couple of hours on patch, and very unexpected in quality given the time of year. Two new patch ticks have moved me up to 196 on my patch, not bad for a quiet corner in the North-West!!