June is often a quiet month on patch, and the last few visits have been getting very "samey". However late June can still throw out the odd surprise so it's just a case of plugging away at the moment. The weather was at least drier today, with broken clouds and intermittent bright spells. The north westerly had picked up and felt quite cold at times, but also raising hopes that something may get pushed down the Mersey. 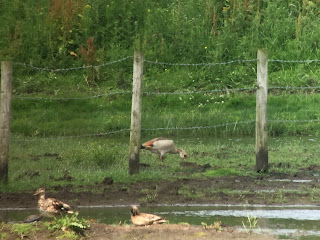 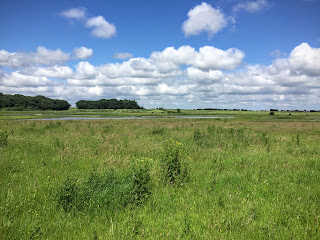 Starting at Town Lane I quickly picked up the Egyptian Goose in its usual corner, at least it was awake and feeding today. The pools were fairly quiet, with many of the ducks roosting in the longer vegetation making counting them difficult. There were a minimum of 12 Eurasian Teal, 7 Gadwall, 15 Mallard and a Shoveler. A single Black tailed Godwit was the only wader of note, among the Lapwing roost. A Hobby was feeding over the top of Great Boar Wood, whilst a Sparrowhawk drifted over. A male Marsh Harrier drifted over my head as I was about to walk down to Hale Marsh, presumably returning to Frodsham. 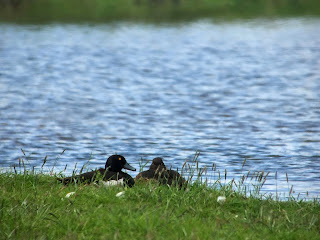 Hale Marsh was again very quiet, with only the ever present Meadow Pipit and Skylark for company. The wet fields along Town Lane look as though should be producing a few more waders at the moment, but the pair of Tufted Duck were the only real highlights. With a little time to play with before high tide I decided to have a quick scoot round to Carr Lane. 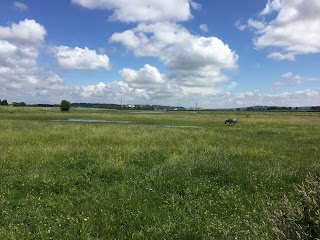 The flooded field appears to have filled up nicely, or what I could actually see. Despite a number of different attempts to look into the flooded areas, I couldn't actually find anywhere to get a clear view. The reeds were however still alive with Reed and Sedge Warbler, whilst Reed Bunting appeared to be everywhere. A Great Spotted Woodpecker was calling from the edge of Great Boar Wood, whilst Blackcap and Whitethroat were calling along the back edge. 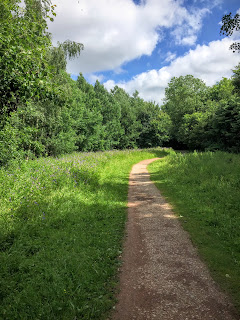 The track down to Pickerings Pasture was again alive with various fledglings including Bullfinch, Blackcap and Long Tailed Tits among the regular Blue and Great Tits. I met up with Iggy at the Pickerings scrape, both of us hopeful that the high tide might push a Tern or Gull in. A female Marsh Harrier was hunting the back of the marsh towards Within Way. There was only a small gathering of Black Headed Gull, which failed to increase over the high tide. However there were a few entertaining bits including a male Kingfisher, a Little Egret and c.79 Lapwing. 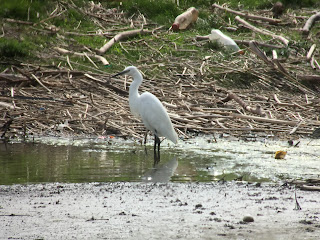 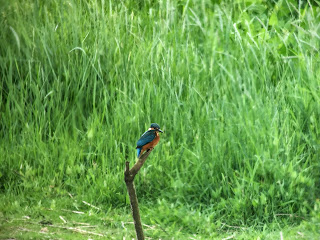 A couple of Little Ringed Plover flew over, whilst a further bird was feeding out on the marsh. But that was about as good as the waders got, clearly the return migration hasn't quite kicked in yet. Swifts were constantly on the move again with numbers flooding north across the Mersey, but sadly there were no megas lurking in the number that Iggy and I searched through. The gull roost didn't attract anything further, and with very little on the move I decided to head home via Town Lane again. 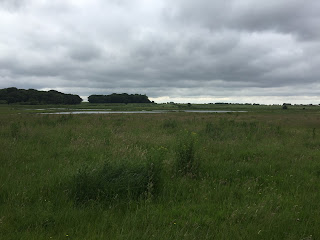 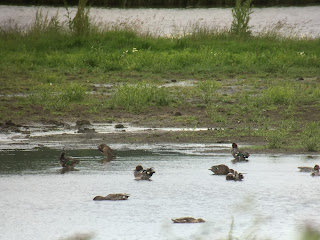 The weather was starting to take a down turn by the time I got back to Town Lane. The Eurasian Teal numbers had increased to 37, but again there was still no sign of the Green Winged. Presumably it is either very good at hiding or is lurking over at Frodsham somewhere. A juvenile Little Ringed Plover was fresh in, but nothing else had been displaced by the high tide. Slow going at the moment, hopefully it's only a matter of time before it all kicks off again.