It felt like a long time since I was last out on patch; and with trips away last weekend and for work this week I was itching to finally get back out. The weather had calmed down a little from the preceding week, with dry (albeit rather cloudy) conditions replacing the near-apocalyptic torrential rain. However it felt a little cooler, with a blustery north-westerly. 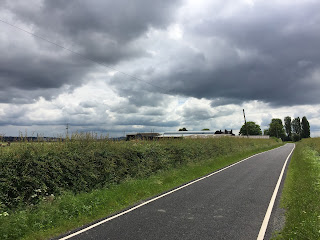 The hedges and verges along Carr Lane look great at the moment, hopefully aiding a successful breeding season. Burnt Mill Farm itself was rather quiet, the paddocks only holding a large family party of Starling and a few Woodpigeon and Stock Dove. There were good numbers of Swifts and hirundines feeding over the back fields, but otherwise everything was keeping it's head down. 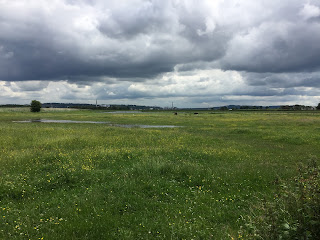 The recent rainfall has certainly helped to replenish the flooded field and Carr Lane Pools, with water levels on both looking promising. The one minor irritation is that the vegetation is far too high to see anything in the flooded field....unless you are about 15ft tall! On the plus side the breeding birds will have some peace and quiet. The reedy area held numerous singing Reed and Sedge Warbler, and Reed Buntings seemed to be singing from everywhere. 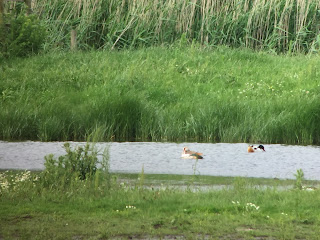 The lingering Egyptian Goose was feeding out on the Pools, whilst a Common Buzzard was on it's usual post at the back of the pools. The flooded paddock areas look like they could produce something soon, but they were devoid of life on today's visit. With the vegetation making viewing the main Pools difficult I headed around to Town Lane. 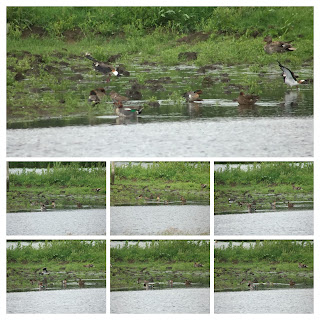 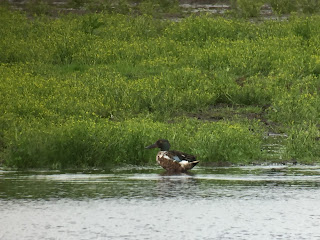 The Green Winged Teal was again present and showing well throughout my visit. It has already started it's moult, and seems a little more advanced than it's European counterparts. There were good numbers of other ducks with 4 Shoveler, 12 Gadwall, 8 Eurasian Teal, 17 Mallard and 8 Shelduck (with a further 8 Shelduck-lings). Waders were represented by 21 Lapwing, 24 Redshank (including a few recently fledged birds). 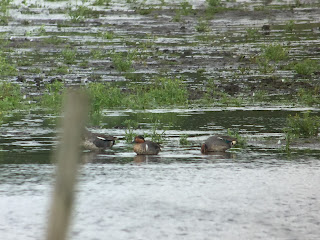 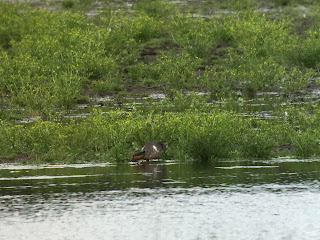 Two Hobby were hunting over Great Boar Wood, causing havoc among the masses of hirundines. More surprising was a female Crossbill which flew calling west over the pools and Great Boar Wood (my second on patch this year, and mirroring last years appearances). A further quick scan of the pools picked up a single Little Grebe, whilst a Sparrowhawk soared over my head. 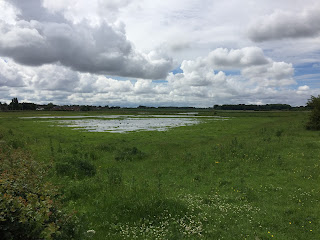 The flooded areas along Town Lane are not looking quite so good for waders after the recent rain, but a single Little Ringed Plover remained, whilst a couple of juvenile Yellow Wagtail feeding along the drier edges. Hale Marsh and the Decoy were also quiet, other than the expected masses of Canada Geese and Cormorant. 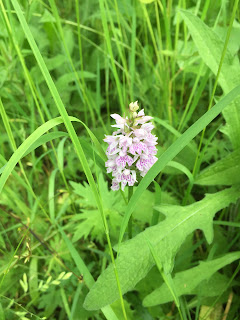 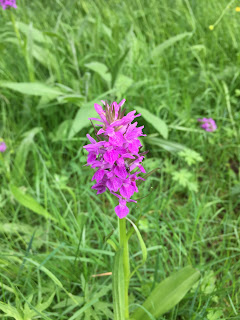 Moving on to Pickerings, I parked up by the entrance to the United Utilities plant. The pathways are looking stunning at present with numerous wild flowers, including loads of Common Spotted and Northern Marsh Orchids (it must be Summer when you start looking down rather than up!). There were large family groups of Long Tailed, Great and Blue Tits, whilst there was also a minimum of 7 Bullfinch. A few Blackcap, Chiffchaff and a single Whitethroat, were the only other birds of note. 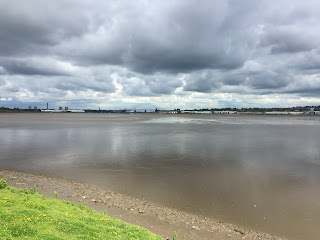 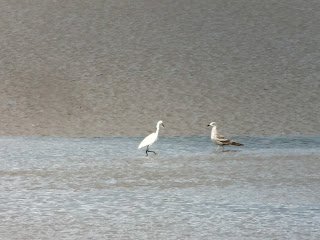 There was a surprisingly good gathering of Gulls on the Mersey off Pickerings, with at least 300 Black Headed, 150 Lesser Black Backed, 20 Great Black Backed, 30 Herring and a single Common Gull. Despite much searching I couldn't dig out anything of greater interest. A single Little Egret was feeding out in one of the channels, whilst there were good numbers of Raven and Carrion Crow digging amongst the debris. 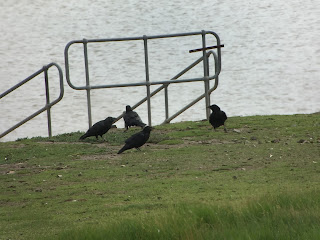 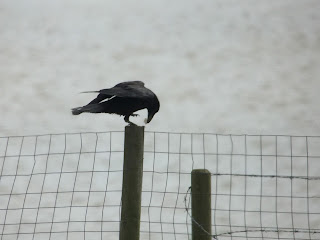 Hale Marsh was depressingly quiet (as is often the case on a low tide) with the exception of the Canada Goose hoards. The Ravens were at least good fun, with at least 15 birds feeding out on the marsh, displaying some interesting feeding techniques. Scanning across towards Frodsham resulted in the Peregrine on top of the blue-topped chimney, and at least 2 Marsh Harrier on the wing. A further scan of the Gull gathering on the Mersey resulted in a 2nd Summer Mediterranean Gull, but nothing better. With my available time running out I headed home with brief stops at Town Lane and Carr Lane, producing the same birds as earlier.

It is certainly starting to feel like it is slowing down on patch, but hopefully with better water levels on patch maybe there is a still a chance of a decent bird or two; however after such a good start to the year I think that the next couple of months could be slow going......