Another gorgeous day with plenty of warm sunshine and blue skies. The north-westerly winds had picked up slightly, which at least meant that the patch didn't feel quite as blisteringly hot as it did on Saturday. I finally made it out for a few hours tonight which coincided with the high tide. 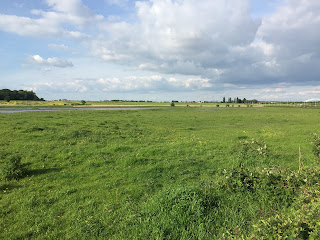 Starting at Town Lane I was hoping that the tide may have pushed a few waders onto the Pools.....sadly I was wrong. a couple of juvenile flava Wagtails were feeding in the far corner, and were a little too distant to have any certainty of their true flavour! Other than that it was the regular Shoveler, Shelduck, Redshank and very little else. I was joined by Iggy and the two Pauls (Kurs and Booth), and we had an enjoyable catch up around the patch. 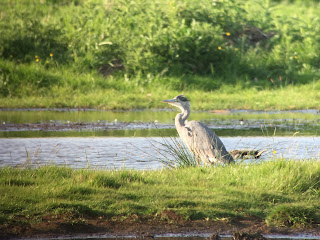 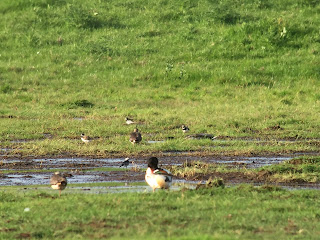 The pools by Town Lane were marginally more productive, with 2 Little Ringed Plover, 2 Tufted Duck, a couple of Grey Heron and the usual Meadow Pipits, Pied Wagtails and ducks (Mallard, Shoveler, Shelduck). Hale Marsh was equally quiet with 5 Common Buzzard, a distant Peregrine (on the blue topped chimney) and number of Skylark and Meadow Pipits. 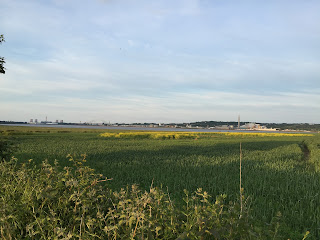 Moving round to Within Way to start our "Quailwatch". We had a brief snippet of singing Quail at the very start of the Oilseed rape field, but despite a reasonably long wait none of them decided to sing again. Whilst scanning the Mersey I picked up an Arctic Tern flying east towards the Runcorn Bridge, we watched it for a long time before losing it towards past the bridge. The fields held a number of Yellow Wagtail, Skylark, Goldfinch and Linnet, but otherwise it was exceedingly quiet. 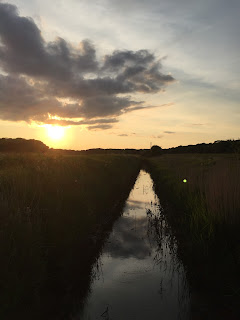 Saying our goodbyes I decided to have a quick call in on Carr Lane on my way home. The flooded field didn't hold the hoped for Spotted Crake or Penduline Tit (only a matter of time surely.....!!). However there were loads of singing Reed and Sedge Warbler, and a Great Spotted Woodpecker flew over. 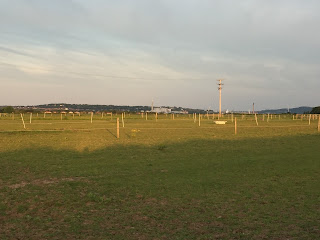 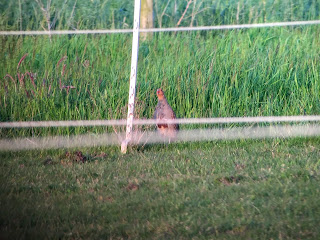 A year ago today I was listening to Corncrake singing away by Burnt Mill Farm.....sadly there was to be no repeat today. However there were at least 5 singing Grey Partridge, 2 singing Corn Bunting and a couple of Yellow Wagtail, great to see these farmland species still doing well in the area. Random sighting of the day goes to 3 Tufted Duck which flew in from the direction of Carr Lane and ditched in the middle of the fields?!? Not sure exactly what they were up to, but presumably there must be some water there!!

So that's nearly May over and done with....although there's still one last day to hope that something turns up!!