Another stunning spring day, with temperatures reaching 21 degrees. The sun was warm enough for a bit of t-shirt birding, and I even ended up with a tan....or maybe it was just dirt. With the wind switching round to a bit more of a southerly, it was looking positive for a few more migrants to be moving through. 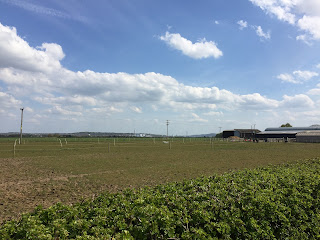 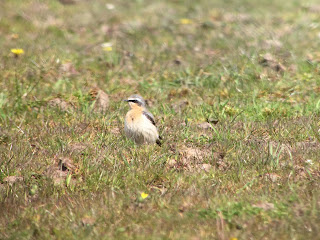 Burnt Mill Farm produced the expected species including a single Whinchat, 5 Wheatear and 2 Corn Bunting. A Sparrowhawk was enjoying the thermals in the company of a couple of Buzzard. A few Whitethroat were singing from the hedgerows, but it didn't seem quite as lively as yesterday. 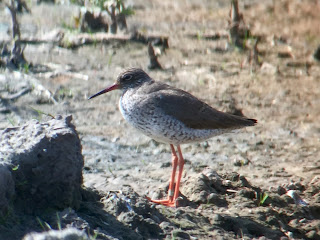 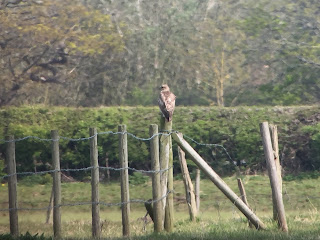 The flooded fields held a couple of Redshank and Lapwing, whilst the regular ducks were still present 5 Gadwall, 2 Shoveler, 3 Shelduck and 5 Mallard. There has definitely been an increase in the number of Sedge Warbler (with at least 5 birds singing), and a Reed Warbler (surprisingly only my 2nd of the year) had arrived in. The Pools appeared quiet, although one of the local Buzzards sat on the posts probably didn't help. A Peregrine carrying prey was seen flying west over Carr Lane as I was about to move round to Town Lane. 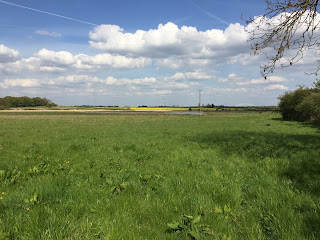 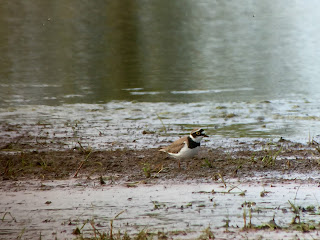 Town Lane was pretty much as quiet with a brief view of the Channel Wagtail feeding around the Hereford Cows, a single Little Ringed Plover and 3 Ringed Plover. The fields held 3 Wheatear and a number of Linnet, Goldfinch and a few Mistle Thrush. Hale Marsh was just as quiet with only a Little Egret and the rather raucous Cormorants. 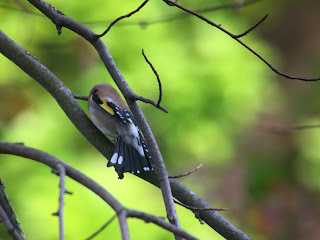 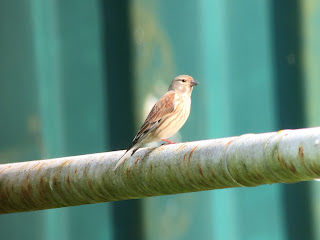 Moving onto Hale Park, I was again intent on finding a Wood Warbler (with yet more turning up in the North-West today), however everything seemed to be conspiring against me for the other decent bits that have been around recently. A cat was sat under the tree where the Redstart was yesterday, a dog was hurtling around in the area that held the Grasshopper Warblers.....so I made do with some nice close Linnets and Goldfinch. There were still plenty of Whitethroat, but there seemed to be a decrease in other migrants. 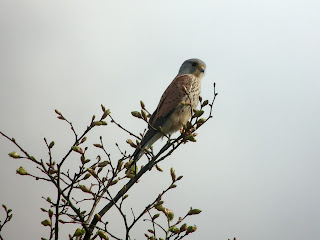 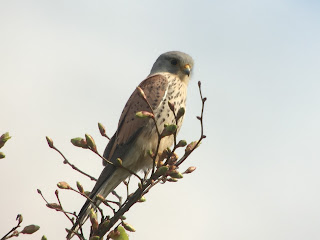 A Kestrel allowed some nice photo opportunities on the edge of the Icehouse Woods, and a further Sparrowhawk zipped over. I then spent the next hour and a half wandering around the woods hoping for a Wood Warbler to start singing.....which it didn't. There were still plenty of Chiffchaff and Willow Warbler, including what appeared to be a mixed-singer - with plenty of Chiffchaff song mixed in with normal Willow Warbler song, but some interesting additional mixture. 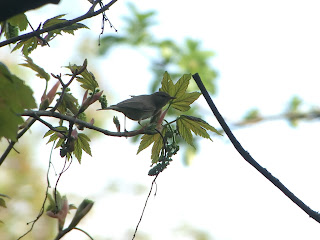 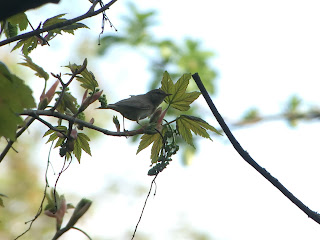 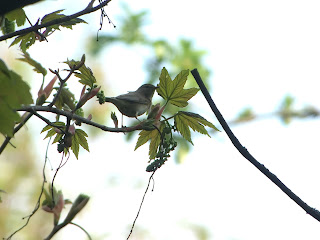 I managed a few poor record shots of the bird, which was quite grey, with a prominent supercilium, and a short-ish primary projection. An interesting bird, which makes me wonder whether it was indeed a hybrid vs. a mixed-singer.

The rest of the time in the park resulted in the expected species including Blackcap, Nuthatch, Treecreeper, Great Spotted Woodpecker etc. All very nice, and great to hear the woodland full of migrants again......but it would still have been nice to have found a Wood Warbler.