After a bit of a mixed week weather wise today was hot with hazy sunshine. Nevertheless it was my first opportunity to get out onto patch in a week, so I wasn't going to refuse. By the time I reached patch at midday the visibility was poor with a strong heat haze and a lingering murk, which I normally associate with later summer. 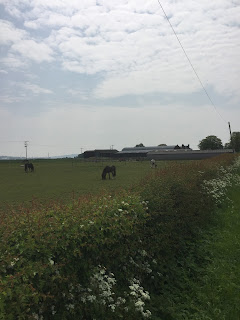 The hedges along the road at Burnt Mill Farm are getting higher and higher, making viewing rather difficult. 2 Corn Bunting were jangling keys along the wires, whilst 3 Yellow Wagtail were sitting on the fencing at the back. A Peregrine zoomed through towards Great Boar Wood, but other than a few recently fledged Starling it was very quiet. 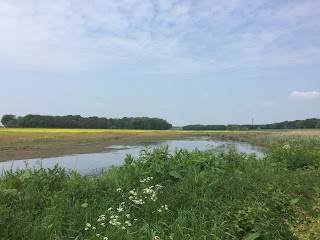 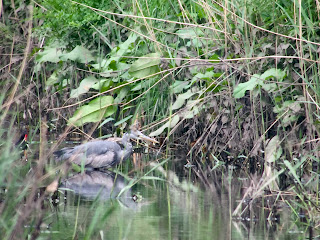 The water level on the flooded field along Carr Lane is looking worryingly low, and with no significant rain forecast it probably won't be too long before it is totally dry. Despite this it still held Redshank, Lapwing, Little Grebe and family parties of Mallard and Coot. The reeds were alive with singing Reed Warbler and Reed Bunting, but the Sedge Warbler numbers seemed reduced. A male Kestrel drifted through, and a single Buzzard was up on the thermals, but it was surprisingly quiet raptor wise. 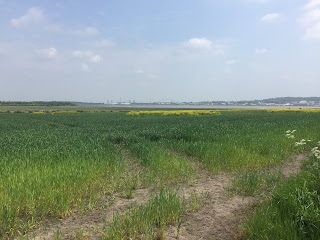 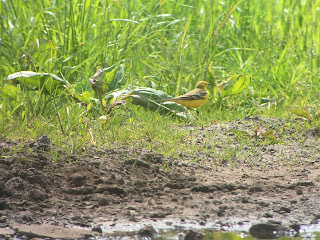 Within Way was relatively productive with at least 3 singing Quail in various locations. Yellow Wagtails were constantly on the move, often dropping down onto the track to feed in the remaining puddles. A Channel Wagtail dropped down onto the puddles, but didn't stay long enough for a photo opportunity - it would be interesting to know whether it is lingering as a breeder. Other than that there were plenty of Whitethroat, a single Blackcap, and numerous Goldfinch and Linnet. 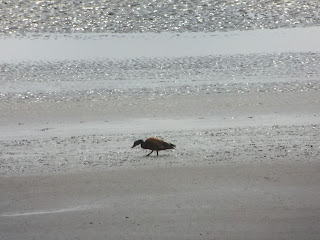 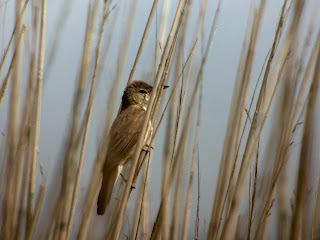 Walking along Hale Shore to the Lighthouse, I had hoped that I might bump into a few waders. It wasn't to be, but the reeds were full of Reed and Sedge Warbler. The hybrid Ruddy Shelduck x Shelduck was feeding out on the Mersey, and provided better views than usual. There was little else and with poor visibility I couldn't even rely on a bit of patch theft from Frodsham. 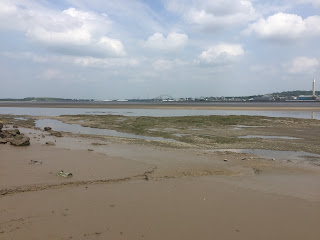 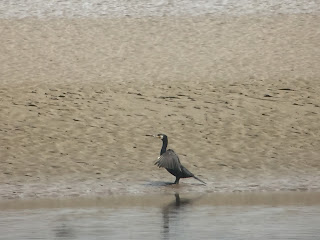 I sat at the end of Within Way for an hour waiting for the rising tide to push some waders in, with no luck. A couple of the local Buzzard were still displaying, whilst a few Cormorants were drying off in the sunshine. With very little moving I decided to walk back to the car, which was even quieter with not a peep out of the Quail on the return. 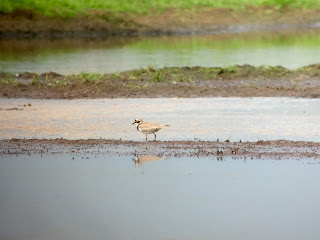 Carr Lane Pools and Hale Marsh were as quiet as the rest of the patch with only a few lingering Redshank on the main pools. 2 Little Ringed Plover at least cheered me up a little, whilst a female Sparrowhawk caused panic amongst the small group of roosting Black Headed Gulls. With the sun feeling even warmer, I decided to head home for a cold drink! Is that Spring finished with already?! I certainly hope not....!!
Posted by daveliverbirder at 14:19