With the weather set for a bit of an arctic flavour over the next few days I decided to make the most of the last remnants of decent weather. It was ridiculously warm (24 degrees) with bright sunshine, and a surprisingly warm ENE wind. With some cracking birds turning up in the North West I was hopeful that something would have found it's way onto patch. 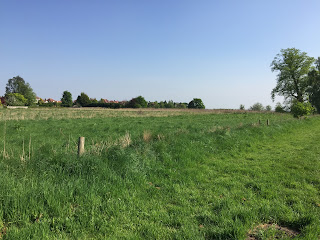 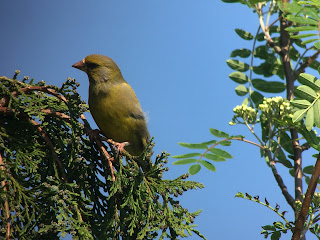 Having had a chat with Iggy on the way back from work we decided it may be worth giving Hale Park and the Shore a bit of a grilling, with Carr Lane Pools getting plenty of coverage due to the Temminck's Stint. The edges of the old football pitch held plenty of common migrants including Whitethroat, Blackcap, Chiffchaff and Willow Warbler. There was a surprisingly good number of recently fledged birds as well including Goldfinch, Blue Tit and Goldcrest. However there didn't appear to be much else of interest. 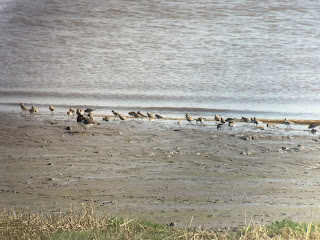 Making my way down along the field towards Hale Shore I stumbled across a singing Corn Bunting, a few Reed Bunting and Skylark. However there seemed to be a real lack of migrants (not even a Wheatear?!). Reaching the Shore I could already hear Ringed Plovers and Dunlin, and peeking over the wall I could see a small group of c.200 waders. 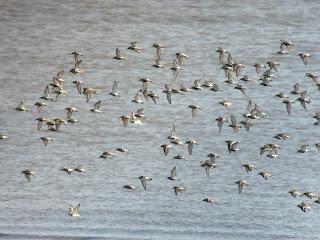 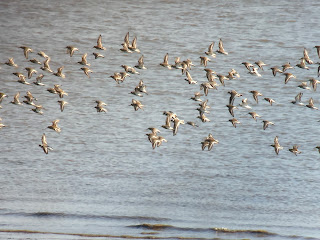 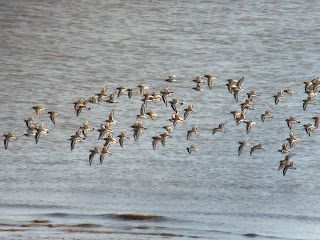 The waders were particularly scatty, with plenty of disturbance causing them to wheel around before landing again. However I managed to eventually pick out at least 15 Sanderling (in various stages of moult and my highest patch count), 1 Curlew Sandpiper, whilst there were a number of Tundra Ringed Plover and a variety of Dunlin races (including some very long legged, long winged birds). The flock was expanding as more birds came in to feed on the exposed mud, with totals of c.600 Dunlin and c.400 Ringed Plover. 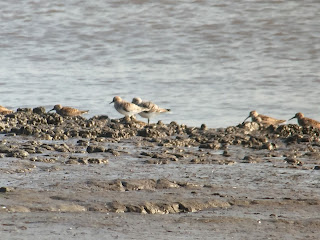 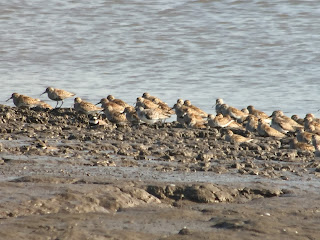 I spent quite a while looking through the waders, and I had a feeling that there was something else there to be found.....however with limited time available I thought I would head back to Carr Lane Pools to see whether the Temminck's had reappeared, having flown out onto Hale Marsh before I had arrived. 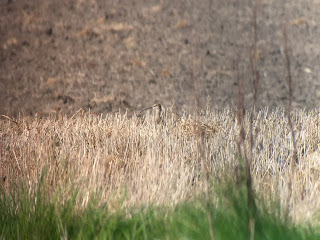 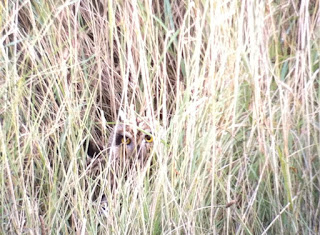 On the way back to the car I noticed a Whimbrel walking around in the field by the wooden bridge, it wasn't overly confiding, but whist I was taking pictures of it I noticed two eyes looking at me. Refocusing the scope I realised it was a Short Eared Owl, I managed to fire off a couple of shots before it spooked and flew off west towards Garston. 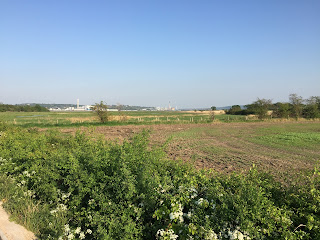 Bumping into Iggy at Carr Lane Pools we had a quick scan of the Pools, but failed to pick up the Temminck's. The Pools were quiet with only 5 Ringed Plover, 2 Shoveler of note. Hale Marsh was marginally better with a single Greenshank, female Wheatear and Little Egret, whilst 6 Whimbrel flew over heading east. 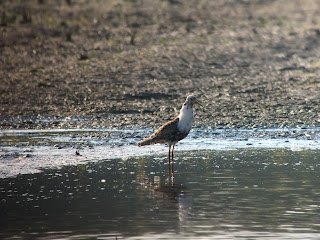 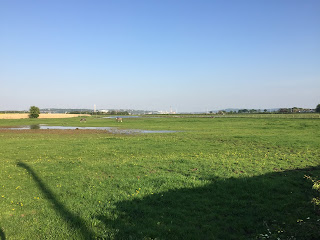 Whilst Iggy headed off to Within Way and the Shore I moved round to the flooded field. The smart Ruff was showing well on the flooded field, supported by a few Lapwing, Redshank and 7 Gadwall. The reeds were full of Sedge Warbler and Reed Warbler, always great to hear and it finally feels and sounds like Summer! 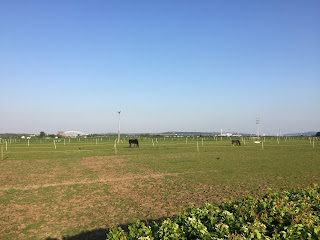 A quick stop at Burnt Mill Farm produced a singing Corn Bunting, 2 Grey Partridge and c.15 Stock Dove feeding. However it seemed to be a migrant free zone, so thought I would save my brownie points and head home................or so I thought.

Shortly before 8pm I received a phone call from Iggy telling me to get my copulating bottom (*words changed to avoid the watershed) down to Hale Shore as he thought he had a Broad Billed Sandpiper!!! Making my excuses I jumped into the car and headed back as quickly as I could. After what seemed an age, I eventually reached the turning circle at the end of Lighthouse Lane. Parking up I ran the half mile to the Shore east of the Lighthouse, with news that Iggy had lost the bird.......ARRRGGHHHH!!!! However within minutes I had relocated the bird......a stonking BROAD BILLED SANDPIPER!!!! Unfortunately with light deteriorating I only managed a few poor phone-scoped shots (see my Twitter feed for a better video of the bird by Iggy). 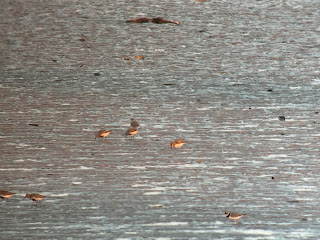 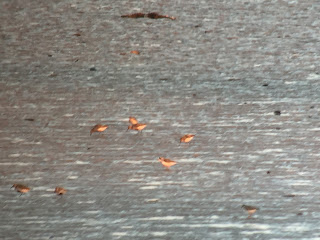 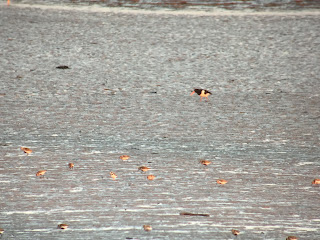 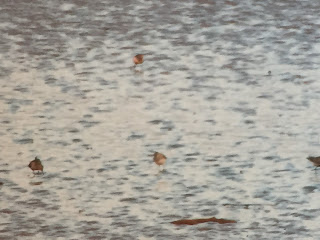 The Broad Billed Sandpiper was feeding actively amongst a very mobile group of c.200 Dunlin and c.150 Ringed Plover and frequently got up and flew around. We also picked up 7 Sanderling in the group whilst trying to relocate the bird. We finally lost the bird at about 8.40ish when a number of waders headed west up the Mersey. Having had a few high fives and back slaps I headed back to the car, leaving Iggy to it again......maybe I left too soon. During the run back to the car Iggy called to say that he had a large group of Arctic Terns heading east up the Mersey!! I sprinted the last 300 yards back to the car and stood on the roof. I was amazed to pick up a group of c.43 Terns heading up towards the Runcorn Bridge!! 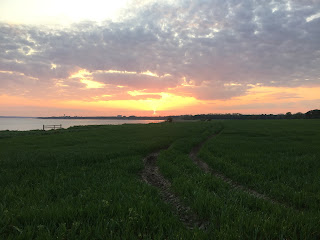 So another near miss for me on the "find" stakes, but it felt just as good as one with the amount of time on patch that Iggy and I have spent on patch over the last couple of years. Long may it continue, and maybe the change to the colder north-easterlies will add to the excitement over the next few days.