May Off To a Fly(catch)er

After heavy rain for most of yesterday and this morning, I was hopeful that the brighter sunny conditions would bring in a few migrants. The westerly winds were quite strong and still quite cold when out of the sun, but at least it was looking a bit more hopeful. 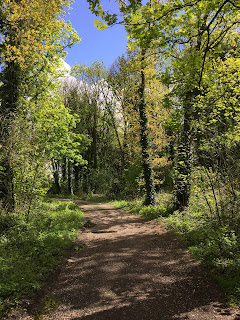 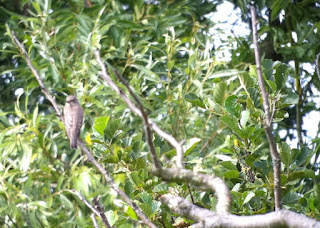 Starting at Hale Park I parked up at the end of the main driveway, where there were already loads of Blackcap, Chiffchaff and Willow Warbler singing away. The local breeders including Goldcrest, Nuthatch and Treecreeper were also in good voice. Working my way around the football pitch in an anti-clockwise route I stumbled across a Spotted Flycatcher. It was feeding very actively and I followed it as it moved along the edge of the woods towards the fields backing onto Hale Shore, finally stopping long enough for a few (poor) pics. 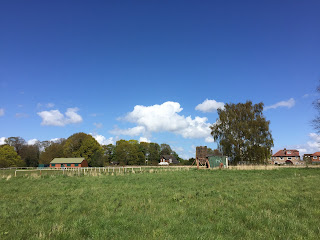 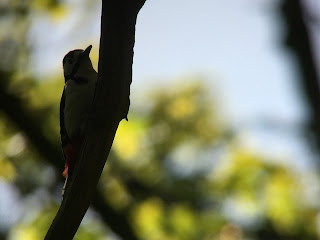 The Grasshopper Warbler was again calling and showing very occasionally, it seems strange that it isn't reeling? The ploughed fields between the Icehouse Woods and Hale Shore held 3 Wheatear, but otherwise the fields were quiet. Working my way back through the Woods there were again good numbers of common warblers and the usual residents, including a rather confiding Great Spotted Woodpecker, but nothing out of the ordinary. 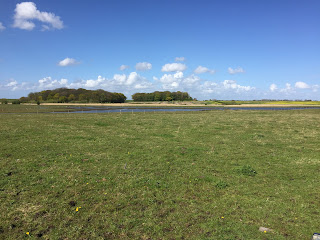 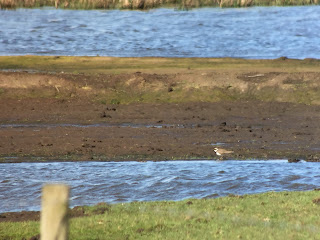 Moving onto Town Lane, it was good to see that the heavy rain has at least replenished the water levels on the Pools.....however the birds obviously don't see it that way. The only waders present were 17 Black Tailed Godwit and a single Little Ringed Plover. There were at least a few passerines present with 5 Wheatear, 3 Yellow Wagtail and c.20 White Wagtail and raptors were a little more evident today with 2 Sparrowhawk, Kestrel and 6 Common Buzzard. Hale Marsh was beyond slow today, other than the 16.7 billion Canada Geese (maybe a slight exaggeration). 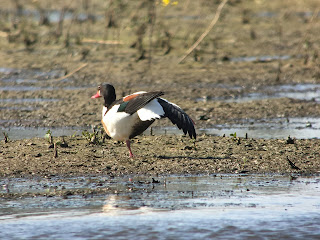 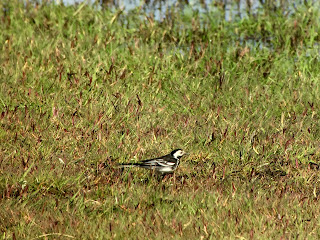 The flooded fields on Carr Lane held the usual ducks 2 Shoveler, 3 Gadwall, 4 Shelduck and 4 Mallard, whilst the Little Grebes were again vocal. The reedy patch held a couple of Sedge Warbler and Reed Bunting, but little else. The paddocks towards Carr Lane Pools were quiet with just a few Pied and White Wagtail, but no sign of the female Redstart. I spent quite some time around the bridge scanning both sides, and watching the advancing storm clouds (which fortunately bypassed me). A big influx of hirundines came in ahead of the rain including c.60 Swift, c.50 House Martin, c.50 Swallow and c.20 Sand Martin. Despite a thorough search there didn't appear to be anything more interesting. 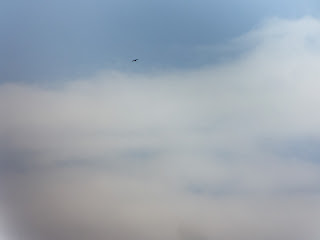 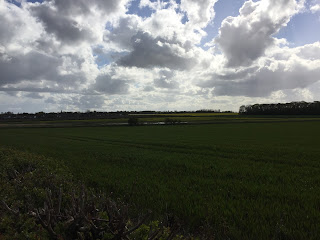 Whilst scanning for raptors and looking through the hirundines, I picked up a (the?) Glossy Ibis flying east from the direction of Ramsbrook Lane. It was initially relatively quite low, but gained height and went straight over my head towards Hale Marsh/Decoy. I presume that this is the Gowy bird on a jolly again, but it raises the question where has it been feeding on this side of the Mersey? 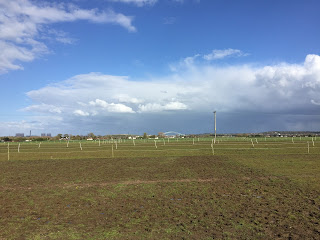 A quick stop at Burnt Mill Farm produced 5 Wheatear and a single singing Corn Bunting, but for once the field was fairly alive with finches mostly Linnet, but also good numbers of Goldfinch and a few Greenfinch.

With a change of weather on the way it is looking good for some more migrants to finally make their push northwards, fingers crossed that the rest of May is as productive as last year!