Well it felt far more like Spring today; with warm sunshine and mostly unbroken blue sky. Although the south-westerly wind had a slight edge to it, the warmth of the sun more than made up for it. The conditions looked much more promising for moving migrants, and with good numbers being reported on the Wirral, I couldn't wait to get out onto patch. 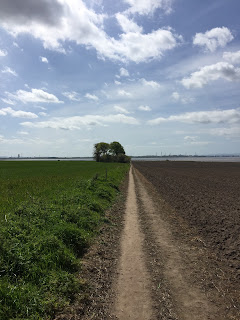 With a good number of Wood Warbler in the North-West recently I decided to give the patch a good grilling in the hope of picking one up. Starting at Hale Park I quickly found a female Redstart near the north end of the football pitch, and realised that the area was crawling with Whitethroat and Blackcap, along with even more Chiffchaff and Willow Warbler. A Lesser Whitethroat was rattling from the scrubby area behind the changing rooms, whilst 2 Grasshopper Warblers were half-heartedly reeling/calling from the area behind the container. 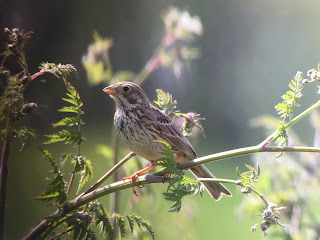 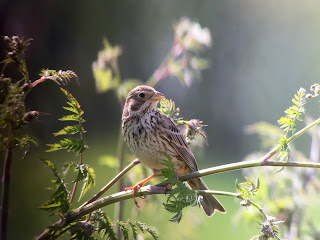 Scanning the wire fencing at the back of the fields I had a brief view of a Tree Sparrow, my first since January. A new Corn Bunting was singing and showing rather well, they really are chunks! The ploughed fields held 3 Wheatear, whilst good numbers of hirundines were moving through. The small Beech copse didn't hold the hoped for Wood Warbler, but a Lesser Redpoll flew in from the south and landed briefly. 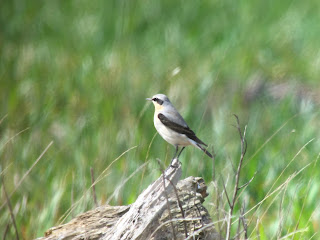 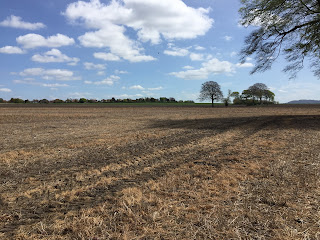 The fields along Hale Shore were full of Wheatear (probably up to 16 birds), whilst the hedges were alive with Whitethroat. A few White and Yellow Wagtail flew over, whilst Swift numbers were constantly increasing. A few of the local Buzzard were putting on a good show with some incredibly close fly-bys. A few Ravens attempted to get in on the action, before getting bored and drifting back across the Mersey to Frodsham. 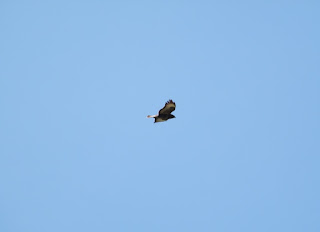 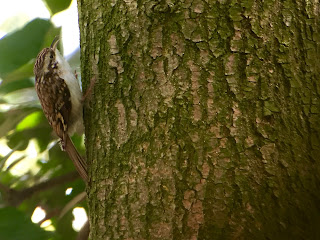 Hale Park was alive with bird song with Blackcaps appearing to be in every single bush and tree. There were good numbers of the common migrants along with some of the expected residents including some confiding Treecreepers. A Garden Warbler was singing and showing relatively well from behind one of the drinking pools, but there was a distinct lack of a Wood Warbler. Walking back out onto the fields, I picked up a "buzzard" being harassed by a Lesser Black Backed Gull on the Frodsham side of the Mersey. 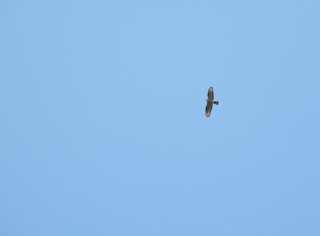 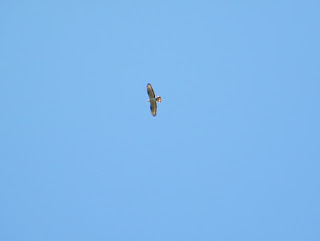 As it swerved and dipped away from the gull my pulse started to quicken, as I suddenly realised that it was a Honey Buzzard. The gull gave up it's pursuit as it reached the Hale side of the Mersey, and this allowed the Honey Buzzard to circle a few times above me. I started to panic as I had about 200 pictures of blobs or blue sky, before I finally nailed a few decent shots. As it went over Hale Park I dashed through to the other side to watch it drifting off north-east towards Hale Village. It was later picked up at Rimrose Valley heading west towards the docks. What a cracking bird, and my first for a number of years. 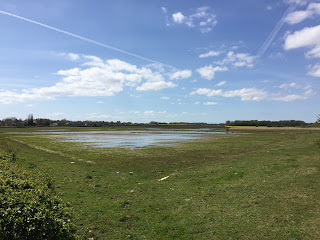 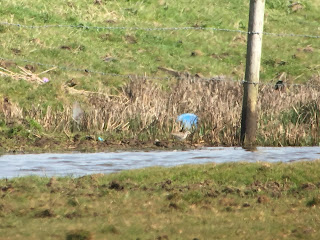 Moving round to Town Lane, Carr Lane Pools appeared quiet. There were few waders, and on an initial scan I only picked up 4 Dunlin, 8 Black Tailed Godwit and the normal Redshank. However on closer inspection I found a smart Wood Sandpiper feeding along the back edge, sadly it stayed distant throughout my stay, and with a strong heat haze any decent shots were difficult. The fields held 4 Wheatear, whilst Hale Marsh seemed relatively quiet with only another 5 Wheatear and the regular Skylark and Meadow Pipit. 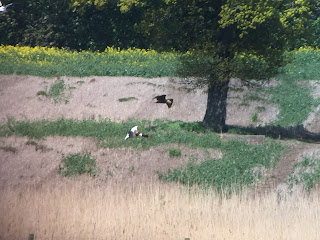 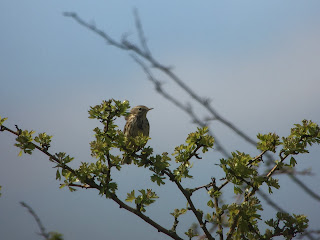 Bumping into Sean O'Hara at Town Lane I had a further scan of the Pools and was surprised to find a female Marsh Harrier hunting at the back. Although regular across the Mersey at Frodsham, they normally don't come over to the patch until late summer. Moving round to Carr Lane the flooded fields held the usual ducks including 5 Gadwall, 7 Shoveler, 2 Shelduck whilst hundreds of hirundines were hawking over the back fields. Another quick scan of the Pools yielded a Channel Wagtail and slightly closer views of the Wood Sandpiper. 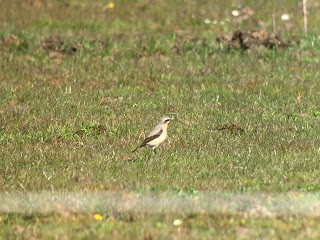 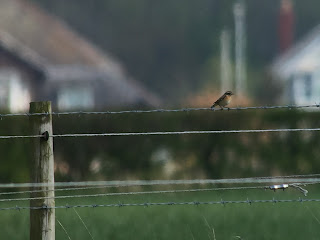 Burnt Mill Farm held 2 Whinchat, 4 Wheatear and a singing Corn Bunting. There were a good number of Buzzards on the wing, along with Sparrowhawk and Kestrel, but no further Honey Buzzards! I was about to head home when I got a WhatsApp message from Sean to say that there was a Greenshank on Hale Marsh.....needless to say I made a quick U-turn. 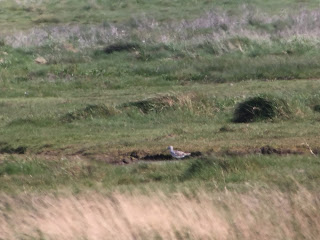 The Greenshank  was still showing in the same pool as a Little Egret, the same pool that I had been scanning earlier! You can't win them all!

What a cracking day, possibly one of my most exciting on patch to date and definitely a great birding birthday present. There were so many new migrants in, I'm certain that there is something even better lurking out there just waiting to be found. Hopefully it will give itself up soon, but in the mean time keep watching the skies!