All Hail The Quail

It was still rather cold on patch today, with the blustery north-westerly masking the warmth of the sun. The cloud cover broke as the day went on to leave some fine spring sunshine. I received a call from Tony Broome to let me know he had just seen a Spoonbill flying west along the ship canal at Frodsham and it may be worth a look from the Hale side. 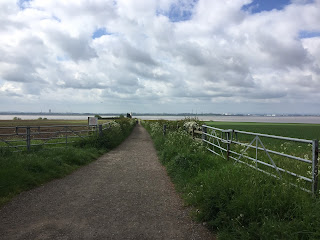 Having a small window of opportunity I decided to take a quick look, thinking that I could always have a look through the waders if all else failed. The copse by the turning circle held 3 Whitethroat and 2 Blackcap, and a small party of Long tailed Tit moved through. The walk down Lighthouse Lane was quiet and there was nothing of great note. 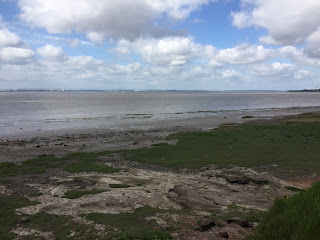 Scanning Frodsham Score I picked up a number of Raven, a female Marsh Harrier, Greylag Goose, 2 Whimbrel flying over and a group of 9 White Blobs (that I assume were Mute Swan). However there were no white herons/egrets and as the sun began to break through it was near impossible to identify whether the blobs were even birds.....even worse was that there were next to no waders on Hale Shore. Wader numbers have dropped considerably with only 23 Dunlin and 8 Ringed Plover left. 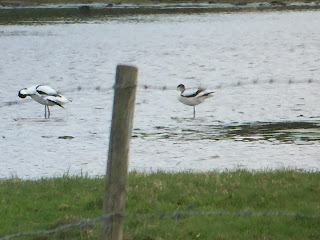 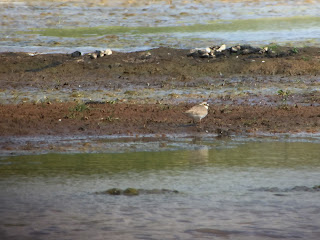 With limited time available I thought I would give Carr Lane Pools and Hale Marsh a quick check (to make sure that the Spoonbill hadn't doubled back). Viewing from Town Lane I picked up 2 Avocet, 3 Little Ringed Plover, 1 Black Tailed Godwit and a single Ruff (a white ruffed bird, although the amount of ginger on the chest and nape would indicate it may be a new bird). 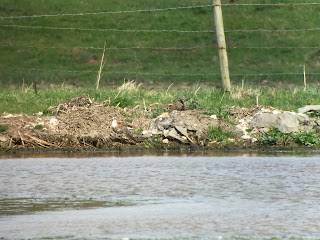 A Hobby was skimming over the oilseed rape fields at the back of the pools whilst I walked down to check Hale Marsh, but it wasn't sticking around and headed off towards the farm on Town Lane. Hale Marsh was quiet with a single Little Egret among the hordes of Canada Geese. Again there were no waders present on the pools, disappointing given how good they look. With time nearly up I made my way home with a brief look at the flooded fields and Burnt Mill Farm producing very little. 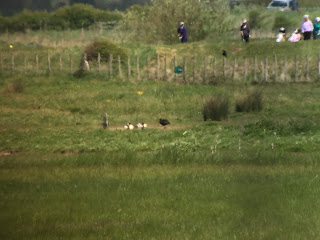 An afternoon visit to the folks with a detour via Marshside to catch up with the (exceedingly distant) Glossy Ibis was nice, as were the brick-red islandica Black Tailed Godwits plodding around close to Hesketh Road. However a text from Rob Cockbain to let me know of a singing (and showing!!!!) Quail on Within Way had me making plans to make a quick return visit to the patch. 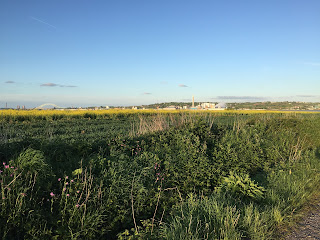 Arriving a little after 7pm I joined Iggy and Phil Oddy at the bottom of Within Way. Almost immediately I heard the "wet-my-lips" song, although it was another 5 minutes before I heard it again. It was then another 20 minutes before we heard it again and that was about it. The cool wind, and the setting sun probably didn't encourage it to sing, let along come and put on a show. If only it had arrived last week!! Walking back along Within Way, the Little Owl was yelping from the first copse and Grey Partridge were calling from all directions.

So Quail was my 170th patch tick of the year, and was also a patch and county lifer for me. It is interesting to hear that Quail was formerly fairly common at Hale with 7-8 birds regularly singing during the summer months. It's status has clearly taken a downturn in recent years, but fingers crossed for a better year.