The tale of the Quail, and other stories

A bit of a mixed bag weather wise today, with some monsoon like rain late morning (at least the Pools will last a little longer!). By the afternoon the cloud and rain had been replaced by blue skies and bright sunshine, and it felt remarkably warm in the sunshine. My Dad is normally a lucky charm when it comes to birding, so I had high hopes as we headed to patch. 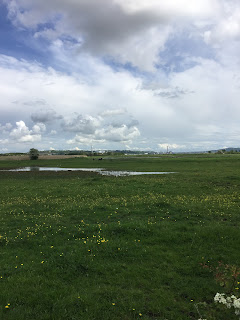 A brief stop at Burnt Mill Farm produced a couple of Yellow Wagtail and plenty of Goldfinch and Linnet, but surprisingly no Corn Bunting. A couple of Buzzard were making the most of the thermals, whilst Swifts seemed to be screeching around everywhere. The flooded field on Carr Lane again held a good selection of Shoveler, Gadwall, Mallard and Shelduck, but there was no sign of the Garganey today. The reeds were again alive with Reed and Sedge Warbler, whilst Reed Buntings were singing from every possible vantage point. 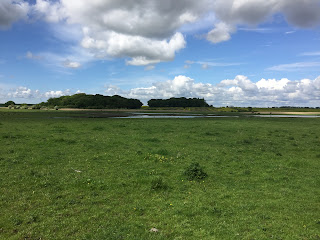 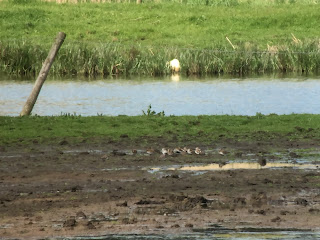 Moving round to Town Lane and a small group of waders were at least an improvement on yesterday, with a minimum of 37 Ringed Plover, 15 Dunlin and a single Little Ringed Plover. 9 Avocet were spread across the Pools and the flooded field by Town Lane. Tufted Duck numbers were down to only 4 birds today, and it's not too clear where there disappear to. A further 7-8 Buzzard were on the wing, and a Sparrowhawk drifted through. 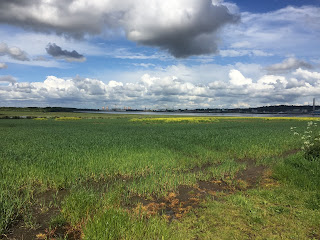 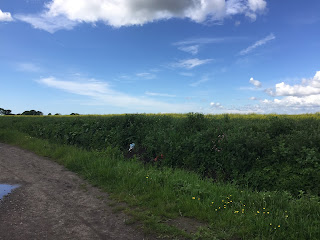 Within Way was quiet with a few Mistle Thrush among the expected finches moving around (Linnets and Goldfinch). A number of Cormorants were circling on the thermals with a Kestrel, that looked slightly bemused by its neighbours. We bumped into a number of birders walking back up Within Way who had failed to hear or see the Quail, which had been last reported singing at about lunchtime. Reaching the gate near the bottom we bumped into Iggy, who had been waiting for quite some time.......within a few seconds one of the Quails started up singing. 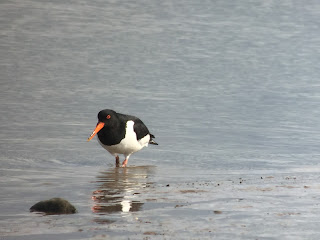 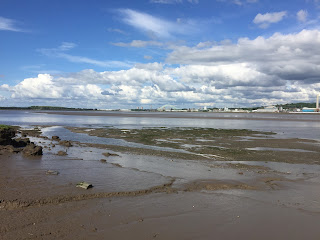 After a bit of time listening to the Quail (and failing to see it) we wandered down to the end of Within Way hoping that there may be a few waders. Sadly the Mersey seemed fairly dead with not a Dunlin or Ringed Plover in sight. Rather disappointed we headed back up Within Way, stumbling across the second singing Quail. Meeting back up with Iggy I had brief views of a brown blob lurking in the crops, which may well have been the Quail, but despite my best attempts at standing on my tiptoes I couldn't see any more of it......note to self, bring a step ladder next time!

So the old man managed to bring a bit of luck with him, but it would have been nicer to have got a lifer or at least a new patch lifer.....I'll just have to make sure we bring the four leaf clovers as well next time.