With news filtering out of a White Crowned Sparrow at Woolston Eyes, it was nice to be relaxed about whether to go for it or not; having seen the Cley bird in 2008. Obviously in 20 years time when I start looking at my Cheshire list maybe I'll regret not having gone for it......

The weather was an improvement on yesterday, with generally bright sunny conditions which got better as the day went on. There was still are rather stiff north-westerly but the sun compensated for the chill. 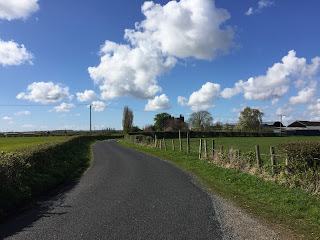 Starting my circuit at Burnt Mill Farm the paddocks held 7 Wheatear and 2 singing Corn Bunting. There were a few more Buzzard on the wing than of late, and a Sparrowhawk and Peregrine joined them for a little while. A Lesser Whitethroat was rattling from the garden of Burnt Mill Farm, but despite a reasonable look it stayed hidden. 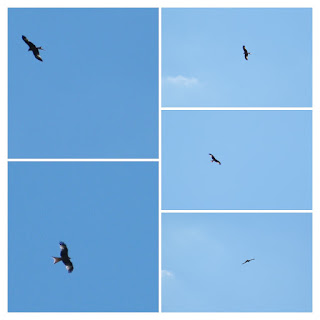 Driving down Carr Lane towards the bridge I noticed a raptor circling quite low just off to the west of the road; a Red Kite. Fortunately it gave me long enough to stop the car and set up the scope and fire off some good shots (for me) of it, before it drifted off south-east towards Pickerings Pasture. An unexpected bonus, and only my second on patch this year. 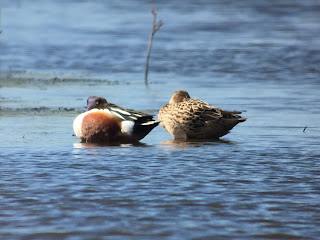 The flooded fields held the usual selection of ducks - 5 Gadwall, 2 Shoveler and 4 Shelduck. The Little Grebe were again very vocal, hopefully they'll actually show a little bit once the youngsters emerge. Despite the good looking conditions there still seems to be a lack of waders with only the regular Redshank and Lapwing. 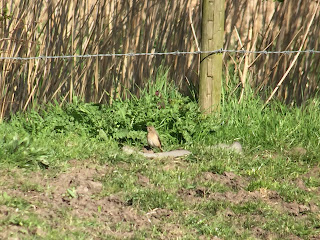 Scanning across Carr Lane Pools there appeared to be very little on show, but there appeared to be a good number of White and Yellow Wagtail. Looking back along the fenceline I came across a female Redstart, in the same bush that the male had taken up residence. This is now my 3rd on patch this year (and possibly the 6th on the patch this Spring), clearly a good year! The bushes were full of warblers, mainly Whitethroat, Blackcap and a couple of Chiffchaff. 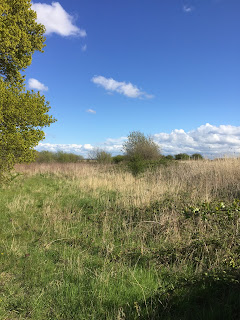 As I was about to get into the car I heard a Pied Flycatcher calling from the sallow/willows which run alongside Ramsbrook. I managed to get a few brief views of the bird which appeared to be a female, before it flicked up into the bigger trees on the edge of Great Boar Wood. A couple of Sedge Warbler at least kept me entertained whilst I waited for it to reappear. 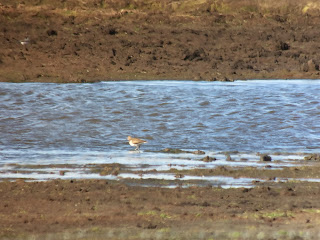 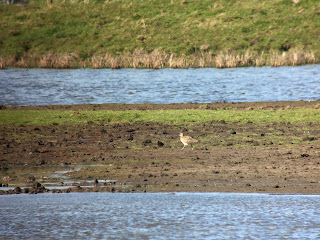 Moving round to Town Lane it was again rather quiet on the wader front, but there were 2 Whimbrel roosting (I don't recall ever seeing them on the Pools previously) and a single Common Sandpiper. There were still very good numbers of White Wagtail, along with 4 Yellow Wagtail (but again no sign of the Channel). 4 Teal remain on the Pools, surely it can't be too long before they head off. 5 Wheatear were scattered across the rough fields between the Pools and the new flash by the road. There was again a good movement of hirundines with the Swifts coming through very low. 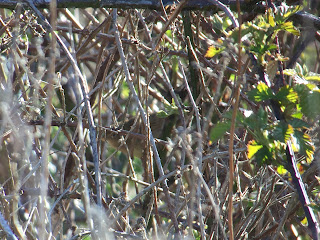 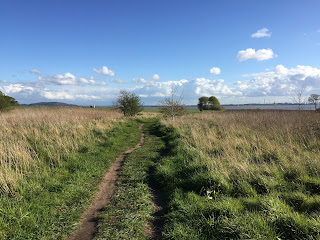 Hale Park was again quite productive with a Grasshopper Warbler showing, albeit VERY obscured. I initially picked the bird up by call, something that I haven't heard in a long time and had me desperately trying to access the memory banks! The surrounds of the football pitch held 6 Chiffchaff, 4 Willow Warbler, 8 Blackcap, 4 Whitethroat and a mix of the typical species including Nuthatch and Treecreeper. 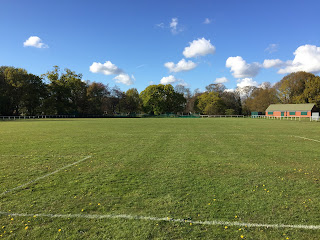 As I was returning across the field and about to enter the Icehouse Woods again a Ring Necked Parakeet came screeching across the field from Church Lane, heading towards Hale Village. Almost certainly the bird that I had briefly the other evening, but at least positively ID'able tonight.

A nice end to the month, which leaves me on 159 for the year (14 ahead of this time last year!). Hopefully May will produce the goods like last year, but then maybe hoping for another Corncrake is a little too ambitious.......