The early birder catches.....a cold, but a few migrants

Not being able to get down to the patch yesterday proved fatal with both Osprey and Yellow Wagtail having been seen, so I was desperate to get back out. Having woken up stupidly early to light drizzle, I was hopeful that the forecast would be correct and the weather would improve. The promise of light Southerlies and clear skies would hopefully bring a few migrants in. 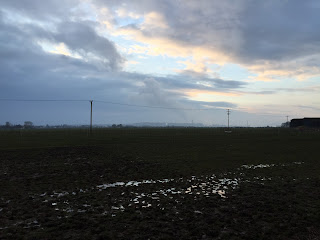 It was surprisingly mild by the time I reached Burnt Mill Farm, with next to no breeze and clearing skies. Skylarks were already singing away, and I could hear a Corn Bunting distantly. A scan of the paddocks didn't reveal much, until I noted a "blackbird" at the back (almost in the same spot as the Corncrake last year). On closer inspection it turned out to be a first year Ring Ouzel. It was not overly confiding, and kept hoping the "wrong" side of the fence and into the field at the back, so I decided to move to the sharp bend just the other side of the Farm. 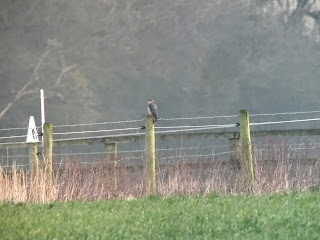 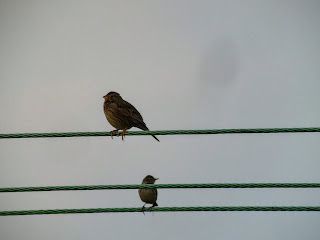 By the time I reached the pull in I couldn't relocate the Ring Ouzel, but a smart male Merlin was sat on the posts. This is a different bird to the recent males on patch (this one sporting a rather obvious brown nape), and it is now getting difficult to work out exactly how many birds are around! There were now up to 4 singing Corn Bunting as well, some of which actually showed quite nicely. There were also plenty of Linnets, Goldfinch and Pied Wagtails on the move. 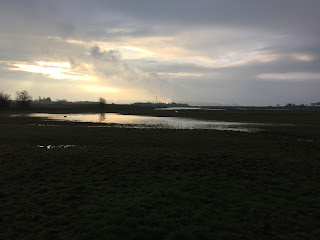 Moving down to the bridge on Carr Lane, I could head up to 6 Chiffchaff singing away from Great Boar Wood. The Little Grebe were again whinnying, and a few Sand Martin flew through. Scanning across Carr Lane Pools I picked up a female Yellow Wagtail, which remained distant, however the Pools looked rather quiet. Moving onwards to the Town Lane gate a proper scan of the Pools revealed that there had been even more of a clear out of waders; only 5 Black Tailed Godwit remained, with 7 Redshank. A further 5 Yellow Wagtail had joined the female at the back of the Pools, whilst a couple of Grey Partridge were sneaking along the fenceline. 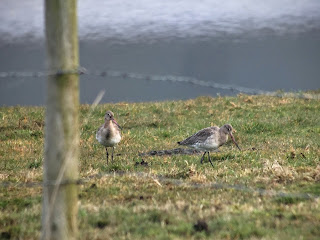 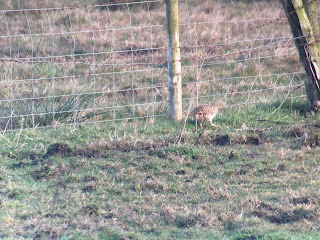 There were loads of Chiffchaffs everywhere and a Willow Warbler was in sub-song along the hedgerow by the viewpoint, before moving into the trees of the garden of Curlender Way. Hale Marsh was quiet other than a Peregrine which landed in the decoy, and a couple of Little Egret that were feeding in the Pools. 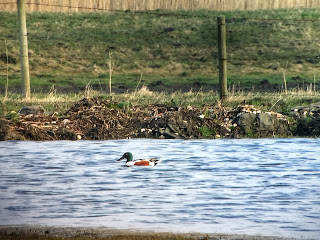 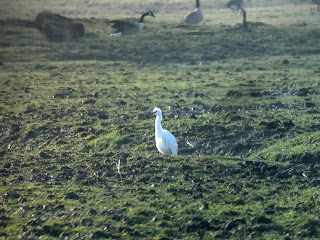 A bank of thick/low cloud had started to drift in from the south, and you could feel the change in temperature. The wet fields that border Carr Lane Pools are starting to look really good, although there was a lack of waders today I can see some real potential. There were 2 Shoveler, 26 Teal making the most of the Pools in the mean time. 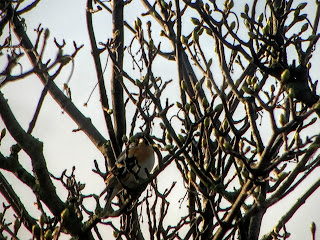 Moving round to Within Way the trees between the Farm and Church held a number of finches including a male Brambling, 17 Siskin and 2 Lesser Redpoll. The ploughed field again held a few Fieldfare, Redwing and resident thrushes. The Little Owl was again yelping from the first copse, whilst a few Sand Martin again drifted over. The rest of the walk down was uneventful and involved very few birds, probably due to the number of out of control dogs running across all of the fields. 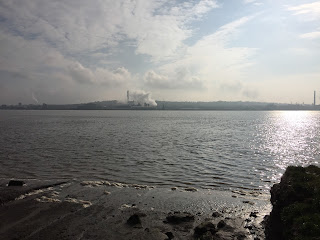 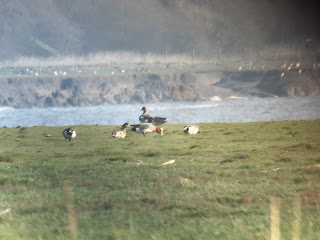 I spent a little time scanning from the bottom of Within Way, but was growing more annoyed by the dogs and their owners, so I decided to head back to Carr Lane Pools (deciding that the rest of Hale Shore would be the same). Bumping into Mark and Gail Gann again, we noted that the Wagtails had by now cleared out, but the Willow Warbler remained and a few parties of Sand Martins flew over. The misty clouds were now starting to lift and it was only a matter of time before the raptors were on the wing. 2 Sparrowhawk and 9 Common Buzzard, were a good start. 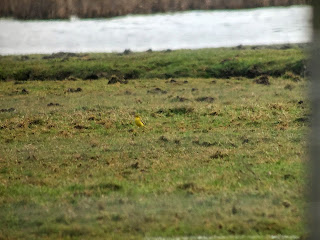 Stopping along Carr Lane I bumped into Patrick Earith. As I was clearly explaining that the Yellow Wagtail had moved on, fitting their usual feeding habit for the Pools (of disappearing onto Hale Marsh during the day and returning in the evening).........I picked up one flying over our heads and landing. One last stop at Burnt Mill Farm, meeting Chris Tynan, Jackie Binks and Rob Lewis, who were looking for the Ouzel. There was no sign, but at least 3 Wheatears were fresh in and feeding around the paddocks. Heading home in the clearing weather I was thinking it would have been a good day for an Osprey (again).....and so it proved as Bill Morton over at Frodsham had one flying over no.6 tank. Oh well, it will just have to wait for another day.

A brief multi-tasking visit late afternoon didn't produce anything new, but Hale Park (other than being full of people) produced a few more Chiffchaff, Willow Warbler and Nuthatch. I bumped into Phil Oddy at Carr Lane, but a very brief scan didn't produce anything noteworthy. So after a blinding start to the day, it sort of fizzled out. Then again, it's Spring, so I just have to remember that anything could turn up anywhere.....and get used to the dog walkers!!