Well it wasn't quite arctic conditions forecast on patch, but there was a ground frost and the wind made it feel that bit colder. Despite this the sky was an almost unbroken sea of blue and the sun was warm (when you could get out of the wind). 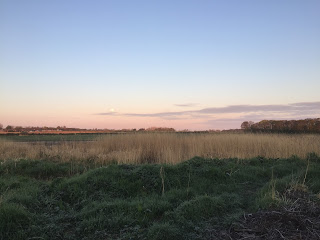 I arrived at Burnt Mill Farm at just after 6am, and was surprised that the Wheatear were already awake, with at least 3 birds hopping around the paddocks. A single Corn Bunting was singing away from behind the farm, whilst a few Whitethroat could be heard singing from the surrounding hedgerows. 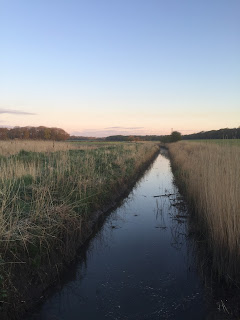 I was due to meet Iggy at about 6.30, but was early (for once these days), so I spent a while mooching around the flooded fields and along Carr Lane. 2 Sedge Warblers were singing away from Ramsbrook, whilst Chiffchaff, Willow Warbler and Blackcap sang from Great Boar Wood. The flooded field held 2 Teal, 4 Gadwall, Shoveler and a few Lapwing and Redshank. A Water Rail was squealing from it's hidey hole within the reeds, whilst the Little Grebe were again very vocal. 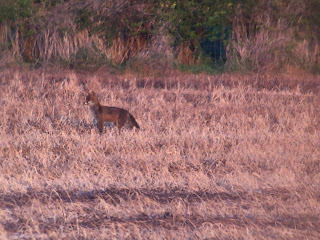 A fox was in the back fields, the first I have seen for a while (and probably not great news for any ground nesting birds). Carr Lane Pools held a couple of Yellow Wagtail, a single Wheatear and very little else from my position. By now Iggy had arrived and whilst discussing where to go I discussed how good the flooded field looked at the moment and it is surely only a matter of time before it pulls something decent in )maybe my Spider-sense was just a little out). We decided to head to Withins Way to have a wander around looking for migrants. 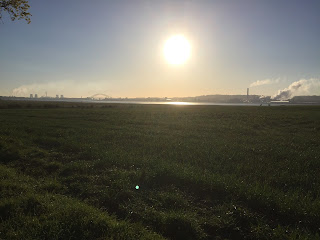 The Little Owl was yelping from the first copse along Within Way, probably spooked by the early departure from John Lennon Airport. The rest of Within Way was quiet except for good numbers of Whitethroat, a single Great Spotted Woodpecker and a few Skylark, Linnet and Goldfinch. A single male Wheatear in the end field, was the only potentially "fresh" migrant in. Scanning the Mersey from the end of Within Way produced a female Marsh Harrier over Frodsham and 25 Black Tailed Godwit, but otherwise it was depressingly quiet. 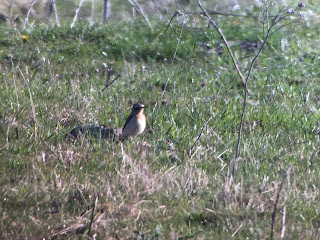 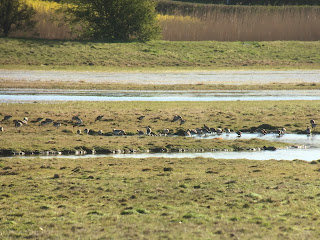 As I had plans for the day which meant a shorter patch visit I left Iggy to continue walking around to the Lighthouse, whilst I decided to pay a quick visit to Carr Lane Pools again. Not much change to previous days though with a slight increase in Black Tailed Godwit (now up to 64), 2 Little Ringed Plover, Ruff, Common Sandpiper, 2 Wheatear and 2 Yellow Wagtail. I called in again at the bridge on Carr Lane, but there was little change to earlier species. I headed home safe in the knowledge that nothing else would be found today as it was clearly a bird free zone today......................

At about 13.30 I received a text from Rob Cockbain saying that he had found a Glossy Ibis on the flooded fields by the bridge on Carr Lane. Unfortunately I was miles away in Southport, and was unable to get away quickly enough. A few of the Hale regulars (and even some foreigners from Frodsham) managed to get there in time to watch it give a brief flyby before heading off over Hale Marsh and the Mersey beyond. Gutting does not quite sum it up, and it may well join the list of other good birds that I have already dipped on patch this year (Twite, Eider, Little Stint etc). Hopefully my luck hasn't deserted me totally, and at least tomorrow is another day......