You make your own luck

The weather wasn't particularly great today, showery bursts between grey skies, and feeling rather cold again. Despite this I decided to do a bit of multi-tasking patching taking the kids to the park, including a few tactical stops to look at the horses (which happen to provide good views of Carr Lane Pools). 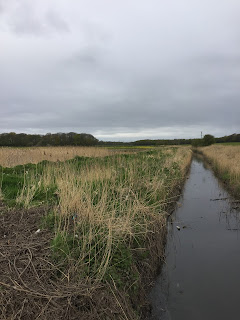 Stopping at the bridge on Carr Lane produced a single singing Sedge Warbler, whilst the flooded pools held 2 Teal, 3 Shoveler, 2 Gadwall and 2 pairs of Lapwing and Redshank. A few Whitethroat were singing from the hedgerows, but the colder weather was clearly having an effect on birds wanting to mark their territory. 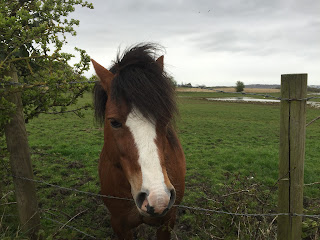 The horses at Carr Lane Pools were showing very well, much to the delight of the boys. Whilst the Pools themselves held a single Common Sandpiper, Ruff and little else during a very quick scan. A Grey Partridge scuttled along the edge of the paddock into the rush/sedge beyond. 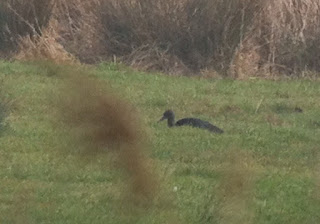 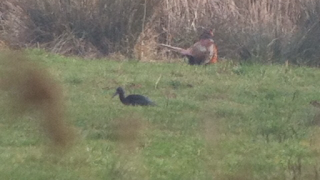 Stopping at the gate by the end house along Carr Lane I had a quick scan and couldn't quite believe that the Glossy Ibis was there! After yesterdays debacle I hadn't held out much hope that it would return quite so quickly, but you clearly make your own luck, and if you don't look you don't find. It was happily mooching around in the grassy field, whilst I quickly got the news out and got my lad onto his first Glossy Ibis. However the tractor ploughing the field on the opposite side of the road clearly spooked it and it took off towards Town Lane, where it appeared to drop. 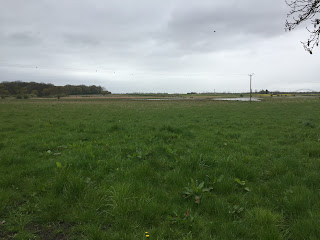 Hale Park was quiet other than a few Nuthatch and Treecreeper, and it wasn't long until the heavens opened and we retreated to the car again. Then again it meant that I could have a quick drive-by of Hale Marsh. A quick drive through didn't result in the Ibis sadly, and the rain became heavier and more persistent. With two rather grumpy children in the back of the car I thought I best leave. 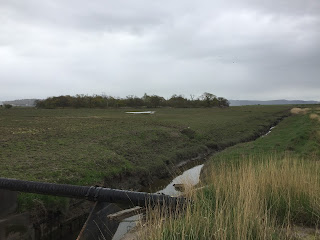 That's the sort of multi-tasking patch birding that I enjoy, and it was great to catch up with the Ibis after the disappointment of yesterday. Roll on the next patch visit!!