It was a surprisingly mild day with temperatures reaching 19 degrees, but the strong south-easterlies did make it feel slightly cooler. It was relatively cloudy, with a few passing showers (thankfully the stormy clouds didn't decide to drench me). With numerous Little Gulls on the move throughout the UK I decided to check out the patch to see whether any had decided to drop in. 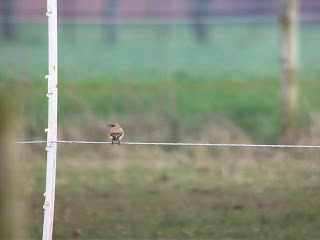 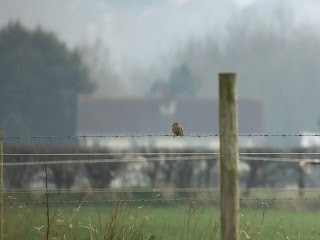 Burnt Mill Farm produced pretty much the same stuff as the last week or so, with 8 Wheatear, 2 Corn Bunting and a single White Wagtail. A male Merlin whizzed through, and there were at least 2 Kestrel in the fields towards Ramsbrook Lane. A couple of Linnet and Goldfinch were on the move, whilst 4 Siskin flew north-west over. 2 Swallows appeared to be looking for suitable nest sites around the farm, clearly the weather hasn't put them off! 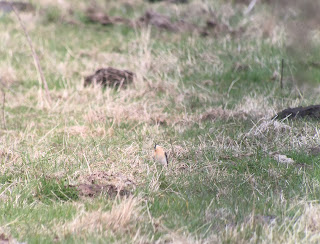 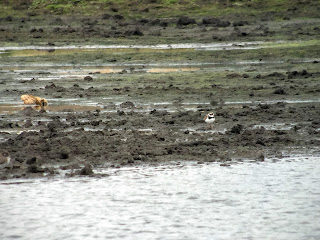 Carr Lane Pools held a Little Ringed Plover, 1 Black Tailed Godwit, 2 White Wagtail and a single male Yellow Wagtail. 4 Wheatear were in the rough fields from the gate on Town Lane, and it was interesting to see one freeze like a Bittern as a Sparrowhawk drifted over (not a habit I have witnessed before). 2 Shoveler and 46 Teal were the only ducks of note, hopefully it won't be long before some Garganey put in an appearance. 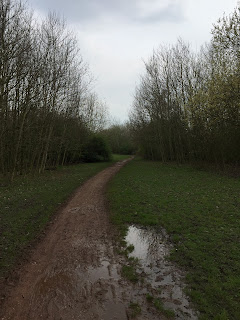 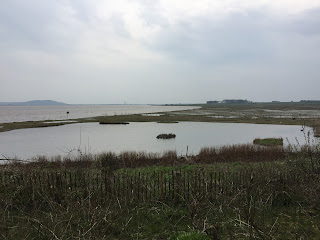 Deciding that the impending high tide might give me an opportunity of catching up with any roosting gulls and waders I decided to head to the hide at Pickerings. The path to the hide was quiet with only a single singing Chiffchaff and 5 Bullfinch. Reaching the hide I was disappointed to see a distinct lack of Gulls or waders. 2 Raven were bouncing around the marsh between the masses of Shelduck, and a Peregrine was soaring over Weston Point. Keeping an eye on the small number of gulls over the river I was surprised to pick up an adult Kittiwake being blown west, not the Gull I had been hoping for but a great patch yeartick. 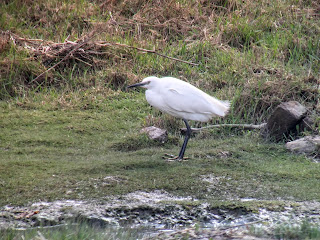 As the tide peaked I was kept company by a Little Egret, but the high tide roost was very disappointing with only c.48 Redshank, Ringed Plover and 56 Oystercatcher. However Wagtail numbers were impressive with at least 37 White Wagtail milling about, and 3 Little Ringed Plover appeared from nowhere. 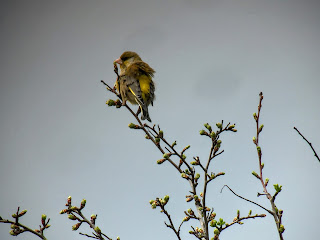 Despite giving the marsh and river a good grilling, there were clearly no Little Gulls on the move in this section of the Mersey. The walk back to the car took in a nice tit flock that contained at least 28 Long Tailed Tit, and there were a number of displaying Greenfinch (it's often easy to overlook these gorgeous "common" birds). 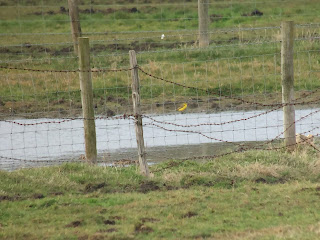 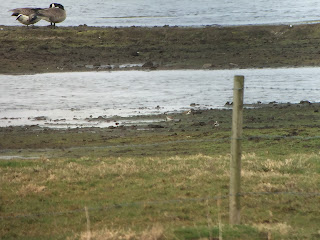 Returning to Carr Lane Pools, still hopeful that a Little Gull may either drop in or flyover I realised that the Little Ringed Plover numbers had increased to 4, and a Ringed Plover had now joined them (2 Little Ringed and 1 Ringed in picture above). 7 Black Tailed Godwit had also decided to return to the Pools. There was now 3 Yellow Wagtail, but sadly no Channel, which had again been reported this morning.  With nothing moving I decided to call it a day, with brief stops along Carr Lane failing to add anything of note.

Clearly a small movement of migrants today, and once the winds die down it's likely that more birds will be found. Hopefully anything good will stick until the weekend now!