It certainly felt Baltic on the patch today, but on the plus side it was at least dry. The early sunshine gave way to overcast conditions and drizzle as the morning went on, and I was glad to be at home by the time the heavy rain and hail arrived. The winds were still moderate, but had now swung to the west (finally moving away from the blocking northerlies). 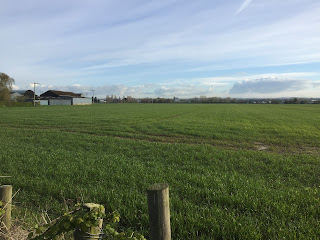 The paddock at Burnt Mill Farm held 6 Wheatear and a few Meadow Pipits and Linnets, whilst up to 3 Corn Bunting were singing from the back fence. A couple of Buzzard were on the wing, and small numbers of Swallow were buzzing around. The wires leading down to Carr Lane held 4 Reed Bunting, 2 Skylark and another 2 Wheatear. 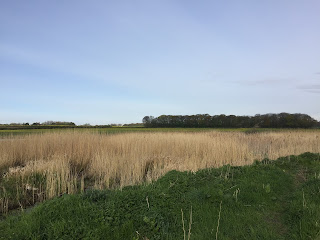 Parking at the bridge on Carr Lane I gave the horse field a quick scan and immediately picked up a smart male Whinchat. Patrick Earith turned up seconds later and we both watched the bird for a few minutes before Patrick had to head off. There seemed to be a slight increase in passerines with my first Garden Warbler of the year (a difficult bird on patch), Lesser Whitethroat and more Blackcap (at least 7), Whitethroat (6+), Sedge Warbler (2), Chiffchaff (10+) and Willow Warbler (4+). 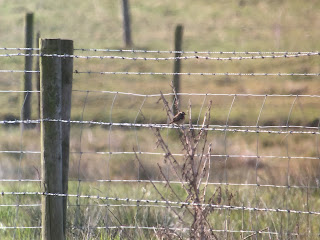 The flooded fields held 2 Shoveler, 5 Gadwall, 6 Lapwing and 2 Redshank, whilst I could hear (but not see as per usual) calling Grey Partridge, Water Rail and Little Grebe. It is surely only a matter of time before a decent wader decides to stop off on these pools.....I just hope that I see it! The back fields were alive with Skylark and a Great Spotted Woodpecker flew into Great Boar Wood. 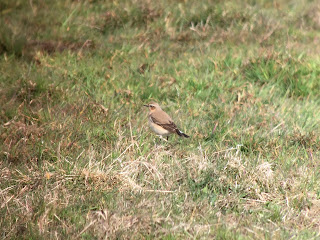 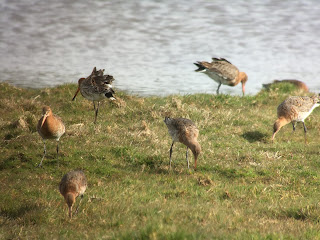 Moving round to Town Lane, I bumped into Rob Cockbain and spent a while catching up and scanning the Pools. Wader numbers aren't as impressive as last year but there were still 46 Black Tailed Godwit, 2 Ruff, 4 Little Ringed Plover, 2 Avocet and 8 Redshank. Duck numbers have seriously plummeted (despite the weather) with only 7 Teal, 4 Shoveler remaining. There was a decent number of mixed alba Wagtails, but surprisingly only 3 Yellow Wagtail (and no sign of any Channels). The fields held a minimum of 5 Wheatear, including one very peachy looking Greenland bird. 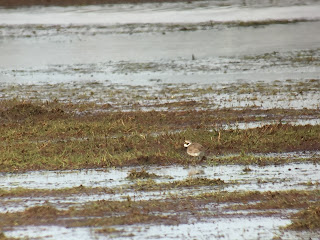 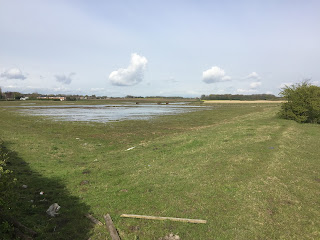 Hale Marsh was relatively quiet, although the blackthorn bushes held a number of Blackcap, Whitethroat and Chiffchaff. The Cormorants still looked busy with nest building, and on the latest count by Rob on the decoy there are 43 active nests - amazing to consider that they only nested for the first time last year! 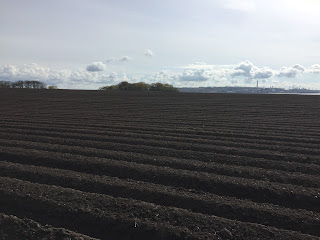 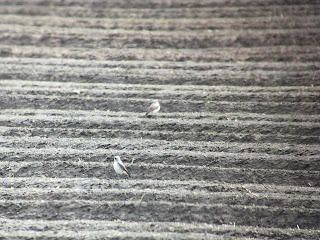 Moving around to Hale Lighthouse the recently ploughed field and hedgerow down to the Lighthouse were alive with fresh migrants. The ploughed fields look ideal for a Dotterel, sadly it wasn't to be but they did hold 17 Wheatear, 5 Skylark and a mix of Linnet, Goldfinch and Reed Bunting. The hedgerows held a number of Blackcap (5), Whitethroat (7) and Chiffchaff (3), not bad going considering. 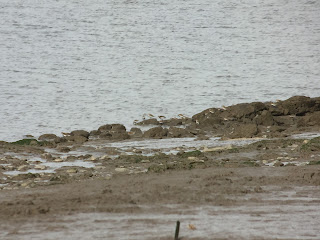 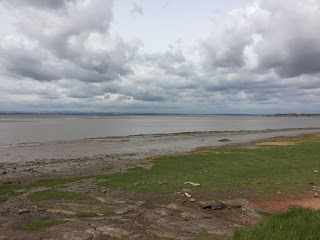 The Shore held some impressive numbers of Dunlin (400+) and Ringed Plover (150+), but they were difficult to view properly due to the rocks they were feeding amongst and the ledge of the mudflats. Despite a fairly good grilling I failed to pick out anything more interesting. 3 Whimbrel flew over east calling as I headed back to the car. 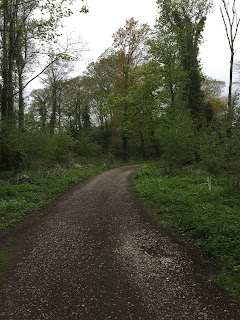 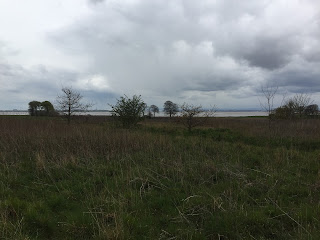 With good numbers of migrants elsewhere I decided to give Hale Park a bit of a go. The entrance was full of Chiffchaff, Willow Warbler and Blackcap, along with the regular Nuthatch and Treecreeper. Walking around the football pitch I was surprised to hear a familiar "chip-chip" call as 2 Crossbill flew north-west over my head, my first of the year but a rather unusual record. Walking on and I could hear a reeling Grasshopper Warbler from the area of scrub between the Football Pitch and the houses on the back of Church Lane. Even better as I got closer, was that I realised that there were in fact 2 birds. Great to see (albeit poorly) and hear, especially given their decline over the last couple of years. 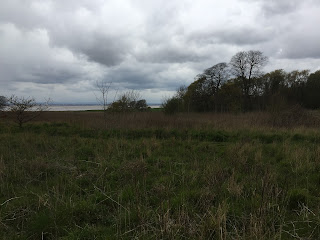 Continuing round I flushed a female Redstart from the edge of the football pitch; this is now the 5th bird seen on the patch this Spring! Scouring the edge of Icehouse Woods and the scrubby areas I found a further 2 Garden Warbler (amazing given their scarcity on patch), 9 Blackcap, 5 Whitethroat, 2 Lesser Whitethroat and a plethora of Chiffchaff and Willow Warbler.

By now the light drizzle had turned into more persistent rain, so I headed home. Given the cold and apparent poor conditions for migration, today turned into one of my better days this Spring. Long may it continue, and fingers crossed for more of the same (although a bit of warmth wouldn't go a miss).