It was a cold start on patch with a heavy ground frost and a cold easterly developing during the morning; the temperature gauge struggled to get into positive figures for the first couple of hours. Saying that at least it was bright and sunny, and with the winds moving around, there was a little more promise of migrants. 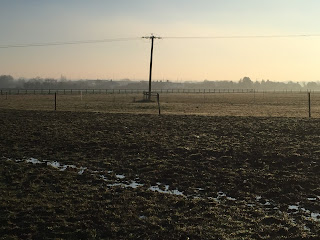 The 4 Wheatears at Burnt Mill Farm looked seriously cold and the 2 Corn Buntings didn't sound quite so enthusiastic as they have. A single White Wagtail was strutting around by the farm, whilst a few Common Buzzard were loafing around. 2 Lesser Redpoll were a surprise find in the weedy section of the paddocks, clearly birds still on the move. 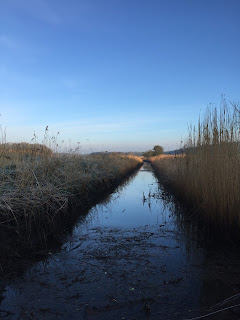 Parking at the bridge on Carr Lane, I was delighted to hear a Grasshopper Warbler reeling from the bushes about 100 yards along Ramsbrook. A nice early bird, and more surprising given the clearance of scrub from the flooded fields over the winter. Chiffchaffs, Willow Warbler and Blackcaps were singing from Great Boar Wood and despite the cold it felt a little more like Spring. 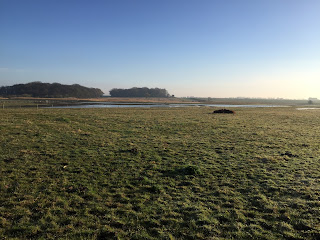 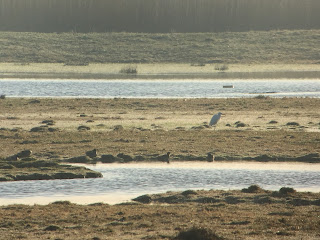 Carr Lane Pools were still relatively quiet, but held 21 Black Tailed Godwit, 46 Teal, 2 Shoveler, Little Egret and a couple of Grey Partridge. Despite the Pools looking quite good at the moment, they are still not really pulling in the waders yet. I'm hoping that this is just an early blip, and the waders will start moving through like last year. 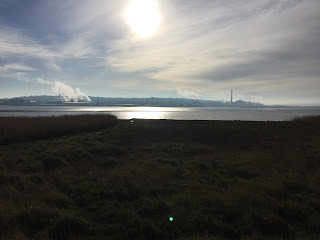 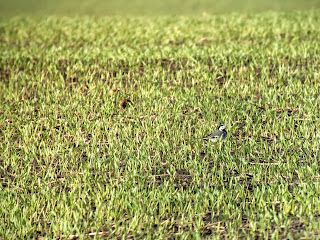 Within Way was also quiet with only 4 Wheatear, 3 Willow Warbler and 2 White Wagtails making it feel slightly more spring-like. A couple of Swallow and Sand Martin moved through, and a Sparrowhawk was attempting to make the most of the early morning thermals. Finches were at least better represented with about 90 Linnet and 20 Goldfinch. By now the wind was starting to pick up making it feel that bit colder and most birds were starting to keep their heads down. A few Siskin and a single Redpoll buzzed around the farm at the top of Within Way, but the walk back to the car was quiet. 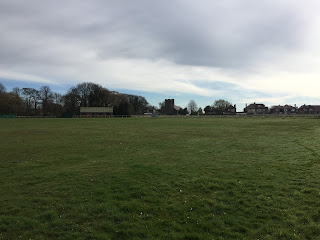 I decided to walk around some of the quieter parts of Hale Park, in the hope that some migrants were seeking shelter there. However despite there being good numbers of Chiffchaff and Blackcap, there was little else to get my hopes up. It was nice however to catch up with plenty of Nuthatch, Treecreeper and 2 Great Spotted Woodpeckers. 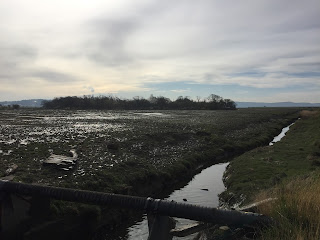 Hale Marsh was pretty much devoid of birds, although the decoy was swamped with Cormorants, Woodpigeon and Stock Doves. The pre-high tide pools are now more like small lakes, and they could do with a little bit of dry weather to leave some muddy edges. A couple of Yellow Wagtails flew over (but sadly neither was the Channel Wagtail that was seen later in the day). Deciding to head home I thought I would give Burnt Mill Farm one last go. There were now c.7 Wheatear, 20 Meadow Pipit and a small flock of Linnet. 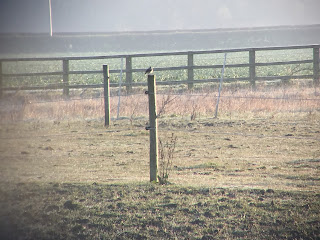 Driving away my eye was suddenly drawn towards a milky looking gull which was flying east over the fields, it took me a second for my brain to register that I was looking at a white-winger. A quick handbrake stop (sorry.....what I meant was a controlled, carefully executed stop) and I realised that it was a 1st winter Glaucous Gull. Not quite what I expected! This is now my 3rd of the year on patch, having managed to go the whole of 2015 without one.

So the migrants are still not really pouring in yet, but surely with the winds moving to a south easterly it is only a matter of time.