Well if the weather forecast is to be believed we will probably be seeing Penguins on the patch this weekend. The afternoon started bright, sunny and relatively warm, but deteriorated into a rather dull, grey and cold evening. Maybe the forecast isn't going to be far off..... 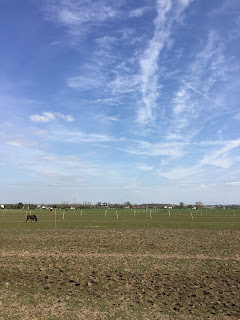 The paddocks at Burnt Mill Farm produced 6 Wheatear, singing Corn Bunting and a single Swift zooming around. 3 Common Buzzard were on the wing, but numbers are well down at the moment (presumably many birds will now be incubating?). It was fairly quiet though, so I decided to head down to Carr Lane. 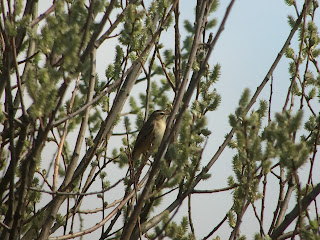 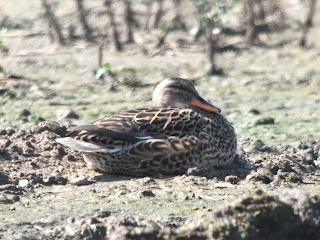 The reeds by the bridge held at least 3 singing Sedge Warbler, 1 Reed Warbler and a Whitethroat. Great Boar Wood sounded alive with Chiffchaff, Willow Warbler and Blackcap, whilst hirundines (with good numbers of House, Sand Martin and Swallow) were everywhere. I picked up a small falcon chasing a small group of hirundines; my first Hobby of the year. A single Yellow Wagtail was in the long sedge by the Pools, whilst the flooded field held 4 Shoveler, 2 Gadwall and 4 Lapwing. 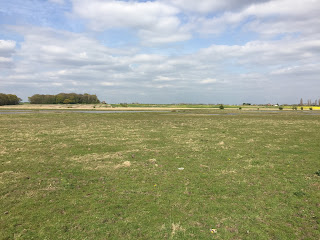 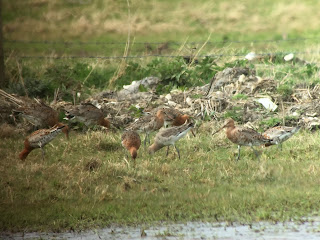 Carr Lane Pools held a smattering of waders including 36 Black Tailed Godwit and a Common Sandpiper. Wagtail numbers seemed well down on recent visits with only 15 White Wagtail, 10 Pied Wagtail and a further Yellow Wagtail, and 2 Wheatear feeding close to the gate on Town Lane. Teal have also cleared out with only 9 now remaining. 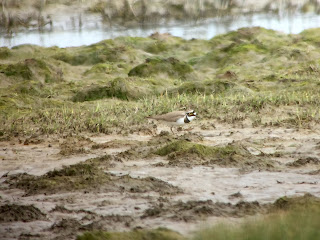 Hale Marsh was quiet, with only a single Little Ringed Plover remaining in the wet areas. 2 Little Egret fed further out on the marsh, and Skylarks and Meadow Pipits were ever present. A Sparrowhawk swept through, as did small numbers of Swift, but there was little else to hold my attention or even spend time scanning through. 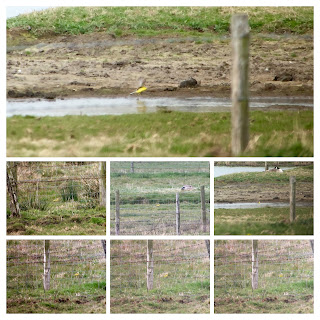 Walking back to the car I picked up a Channel Wagtail (this appeared to be a new bird, with slightly darker ear coverts and greener back/nape) and a Ruff also flew in and started to feed. Just goes to show that at this time of year birds are constantly on the move. I spent a little time trying to get some decent pictures of the Channel Wagtail.....I really don't know why I bother at times!! 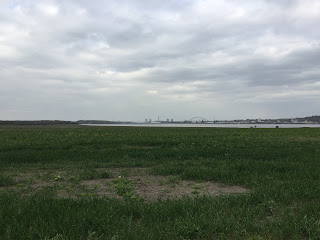 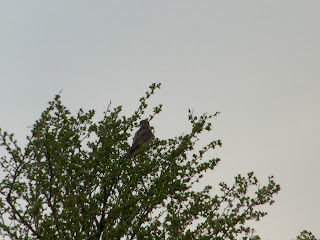 By the time I reached Within Way, the clouds had rolled in and the wind had picked up making it feel a lot less like Spring. The majority of birds had also stopped singing; never a good sign! The walk down to the end of Within Way only producing 2 Grey Partridge, a couple of Yellow Wagtail and 4 Whitethroat (none of which were singing). The Mersey was quiet with next to no waders, but a smart female Merlin flew over from Frodsham and perched up quite nicely (at least it wasn't a totally wasted walk). 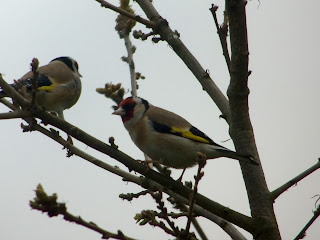 The walk back to the car was quiet, but there were good numbers of displaying Goldfinch, Greenfinch and Linnet, whilst a Lesser Redpoll was singing from the tree behind the church. Driving round to Carr Lane to catch up with Iggy, I had a Parakeet sp. of some sort flying north east over Hale village. Despite my best emergency stop and jump out of the car I was too late to get a definitive view. 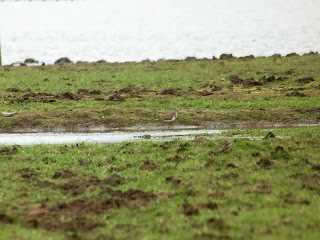 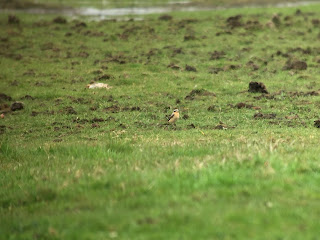 It felt more like winter by the time I reached Carr Lane, but there were still a few birds about. A singing Sedge Warbler didn't seem quite as upbeat as it had earlier, but a few new Wheatear were in, whilst there were about 6 Yellow Wagtail (including the Channel which Ian picked up) and the Common Sandpiper was mooching around. The Ruff  was still strutting about, and was shortly joined by 2 Little Ringed Plover and 47 Black Tailed Godwit. The cold wind was starting to get to me, damn you Spring for lulling me into a false sense of security (and less layers of clothing!), so I decided to head home to warm up. At least tomorrow I'll be prepared and put my polar expedition gear on!