Springing Back Into Life

What a change in the weather! Bright blue skies, light winds and WARM sunshine! It finally felt like Spring, and it was the first time in ages that I didn't have to wear 20 layers of clothes just to avoid hypothermia. 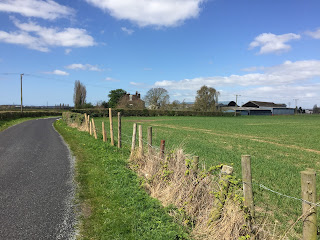 The paddocks at Burnt Mill Farm held at least 4 Wheatear, one of which looked like it was a Greenland. A single Corn Bunting was singing from the farm garden, whilst at least 2 Grey Partridge were calling. Given the conditions it was surprising to only see 4 Common Buzzard on the wing, with singles of both Kestrel and Sparrowhawk. 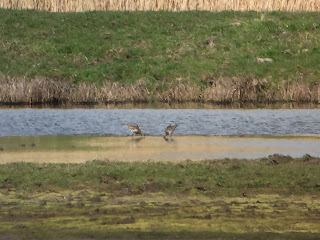 The reedbeds along Carr Lane are still rather quiet, the earlier Sedge and Grasshopper Warblers appear to have moved on and there are no Reed Warblers in yet. Great Boar Wood however, was full of the songs of Blackcap, Willow Warbler and Chiffchaff. Small numbers of hirundines were on the move mainly involving Swallow and Sand Martin, but after a bit of scanning I finally picked up my first Swift of the year. A male Marsh Harrier was displaying distantly towards Runcorn Hill (presumably one of the Frodsham birds?). The Pools looked relatively quiet but there was a single Ruff and about 20+ White Wagtail feeding in the muddy margins. 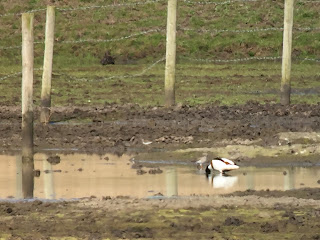 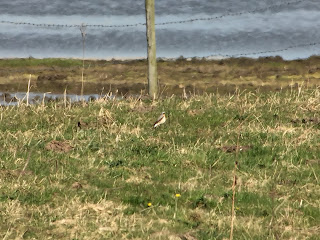 Moving round to the gate on Town Lane provided a better view of the pools and resulted in a better selection of waders including 3 Ruff, Common Sandpiper, Little Ringed Plover and 23 Black Tailed Godwit, whilst the number of Redshank remain fairly constant at 16. The fields in front of the pool were full of White Wagtails (minimum count of c.37 birds) and couple of Yellow Wagtail and 2 Wheatear. 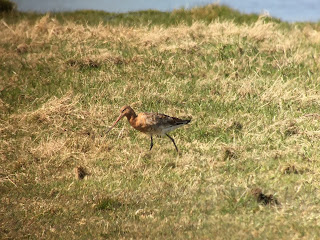 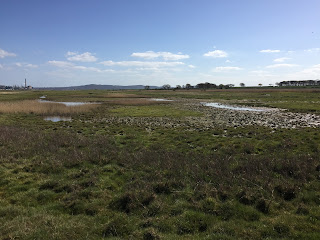 Hale Marsh was looking a little more productive and held 7 Little Ringed Plover and 32 White Wagtail. Whilst scanning the back of the marsh I was drawn to a large raptor being given a really hard time by the Lesser Black Backed Gulls over the Weaver Sluice. From the views that I could get I was fairly confident it was an Osprey (and indeed a bird was seen a short while later at Garston). Otherwise the marsh held the usual Meadow Pipits, Skylark and Little Egret, whilst 3 further Swift flew through. 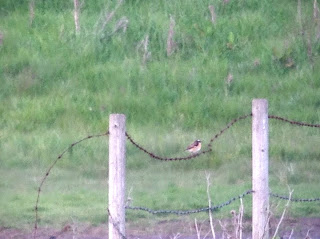 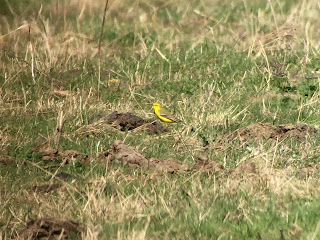 Walking back towards the car I noticed a small bird perched on the wires between the pools and the flooded fields, on closer examination it turned out to be a smart male Whinchat. Another quick look over the pools and the Yellow Wagtail numbers had increased to 8, with a couple of very bright looking individuals, but also a very pale 1st year bird which got the pulse racing for a while. 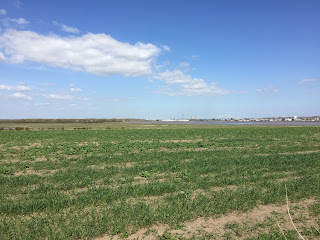 The walk down Within Way was fairly quiet, but the songs of Blackcap and Willow Warbler came from every stand of trees in the area. Reaching the end of the Within Way I wasn't expecting for the waders to be gathered under the bank and not feeding on the exposed rocks. Disturbing a noisy Redshank set up 3 Whimbrel, a single partial summer plumaged Spotted Redshank and a further 23 Redshank. The Whimbrel swung back round and landed briefly among the feeding Gadwall and 3 Wigeon, but everything else scattered. 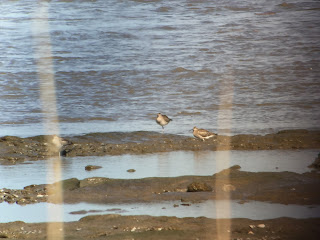 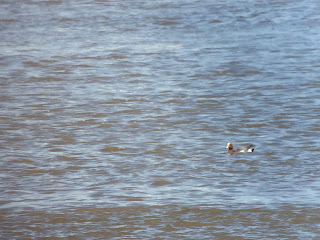 Scanning the edge of Hale Marsh there were at least 48 White Wagtail feeding, whilst a Peregrine sat on top of the blue-topped chimney. Hirundines were passing through almost constantly with a conservative estimate of c.300 in the space of 10 minutes. The reeds remained quiet other than a few singing Reed Bunting, and there was no sign of the earlier Reed Warbler seen by Rob Cockbain. The return walk to the car yielded pretty much the same birds, but at least 5 Common Whitethroat, which were very confiding. 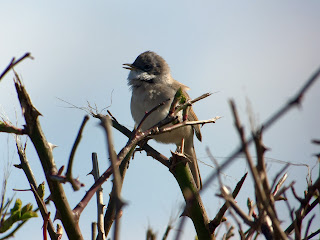 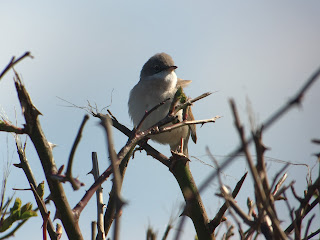 Another quick look at Carr Lane Pools from Town Lane, and the Channel Wagtail had returned (the very pale blue bird) among the increasing numbers of Yellow and White. There were no additional waders, but a nice Little Egret had come into the fresh water flood to have a wash. 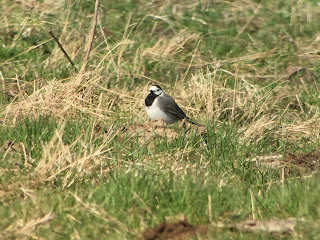 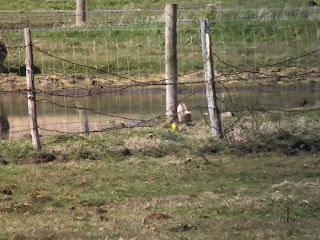 A nice afternoon's birding on patch, and it was great to see summer migrants back in force. The weekends weather isn't looking too clever at the moment, but hopefully there will be a few more migrants over the next couple of days.