I love it when a plan comes together....

The forecast was (for once) pretty much spot on, with clouds giving way to bright blue sky and warm sunshine by early afternoon. Having had a few near misses with Osprey this year, and with yet more reports earlier in the day, I thought I would focus my time on patch today to raptor watching. 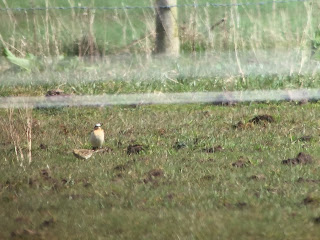 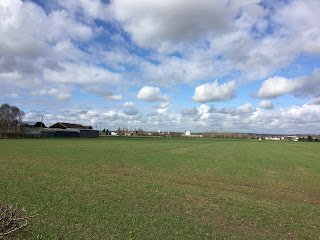 A very brief stop at Burnt Mill Farm produced 6 Wheatear (4 male and 2 female) and at least 26 Meadow Pipit. A couple of Buzzard were being given a hard time by a pair of local Lapwings. Only one Corn Bunting was singing by the Farm, surprising given the weather. Carr Lane Pools looked quiet on a quick scan, but I was not to be distracted from raptor watching. 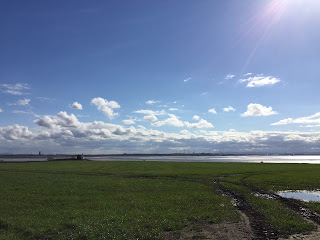 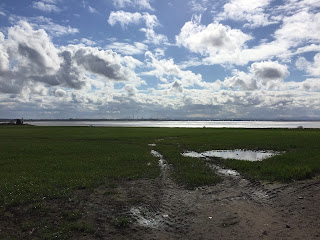 Having spent the morning mulling over where to position myself, I decided to stop by the end garden of Church Lane. Although it isn't as high as the corner by Burnt Mill Farm, it provides a good area in which to scan, and a more(?) likely flight path for any migrant raptors, including some good launch pads (Runcorn and Helsby Hill) for thermaling raptors. In addition most of this years records in the NW have involved birds following the coastline and rivers. 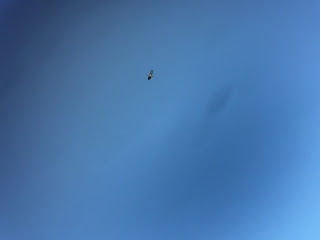 There were plenty of raptors on the wing and during the 2 hours I was there I picked up at least 17 Common Buzzard, female Marsh Harrier, 2 Peregrine, Merlin, 5 Sparrowhawk and a couple of Kestrel. It wasn't just raptors though with a few hirundines moving through including 26 Sand Martin and my first House Martin of the year. The end garden also held a singing Blackcap as well as a few Chiffchaff. 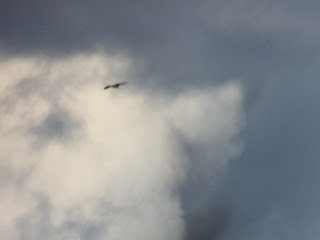 It was 4.16 when I picked up a large raptor gliding towards me from the Runcorn side of the river. It appeared long winged, with prominent fingers and had the typical droopy/gull-winged look that I was expecting. An Osprey!! It continued in a north-west direction, whilst I tried to fire off a few phone-scoped shots (above is the best...!!). It or another was seen flying over Crosby about half an hour later. Although I had gone out specifically to try and look for Osprey, I'm not too sure whether I truly did believe that I would find one, but it is always quite satisfying when your plans work out!!