Although the snow missed us in Liverpool, it remained cold with frequent heavy rain and hail throughout the morning and early afternoon. The wind seemed slightly stronger than yesterday and had shifted more to a north-westerly. Fortunately the sun did decide to put in an appearance during the afternoon.....before the heavy rain and hail returned. 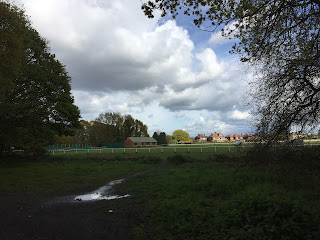 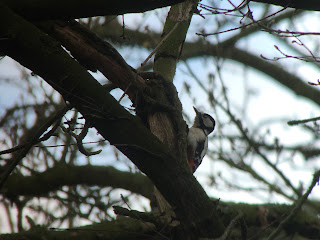 I decided to start at Hale Park, hoping that there may be another good selection of migrants. The woodland held a couple of Great Spotted Woodpecker, Nuthatch and Treecreeper, whilst there were a few singing Chiffchaff and Blackcap. Whilst searching the bushes surrounding the football pitch I bumped into Rob Cockbain. After a bit of a run around we relocated a Grasshopper Warbler, which gave some good flight views and was vocal, but again failed to sit out in the open. A Lesser Redpoll flew west over, whilst the bushes held a few more Blackcap, Chiffchaff and Willow Warbler; but there had been a bit of a clearout from yesterday. 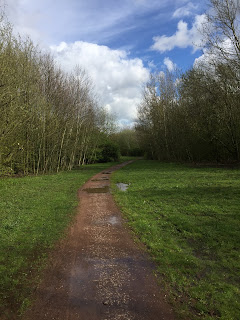 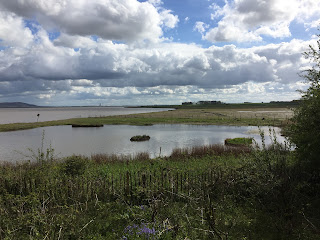 With the strong winds and high tide just having passed, I thought I would check out Pickerings Pasture to see whether any terns or gulls had been blown in. The path down to the hide was depressingly quiet with only a few Blackcap and Chiffchaff. Reaching the hide there was also a distinct lack of gulls, but I did manage to find a nice 2cy Yellow Legged Gull among a small group of Herring and Lesser Black Backed. 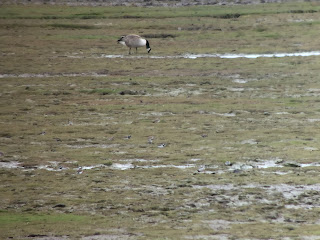 Although there was no high tide roost there was a good number of Dunlin (23) and Ringed Plover (83), and 3 Little Ringed Plover feeding in the muddy areas. There was also good numbers of alba wagtails with at least 40+ White Wagtail. A Peregrine was soaring over the marsh, but otherwise it was relatively quiet. 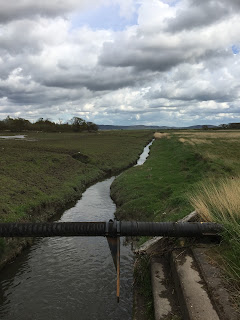 Viewing Hale Marsh from the bridge on Town Lane I picked up at least 4 Wheatear, and about 15 White Wagtail. A couple of Canada Goose goslings were waddling around further out on the marsh, the first of many by the looks. I flushed a single Snipe from the wet area just to the east of the bridge, my first for a couple of weeks. 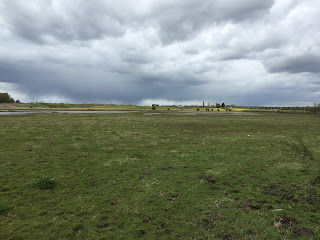 The clouds were looking rather ominous and it didn't look like it would be long before it started raining again. Stopping at the gate on Town Lane I was surprised to find a big flock of Dunlin (137) and 3 Ringed Plover; presumably pushed over on the high tide. The flock was very skittish and didn't settle for long, but I did manage to pick out a Little Stint (presumably the same bird that has been reported at Pickerings recently). A single Common Sandpiper fed at the back of the pools, but there was no sign of any Black Tailed Godwit for the first time in a while. 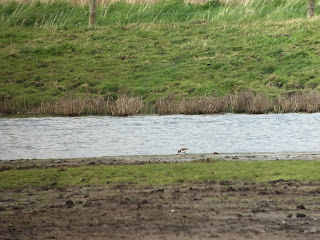 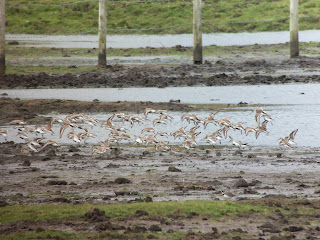 The surrounding fields held at least 6 Wheatear, 5 Yellow Wagtail and c.35 White Wagtail. A Sparrowhawk drifted over Great Boar Wood and a Kestrel was hanging in the wind. A further scan across the Pools and 2 Teal swam out into an open area of water (apparently the last two remaining birds). 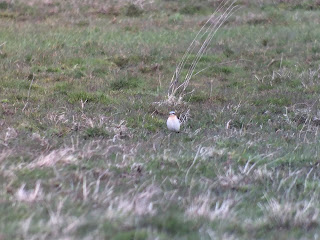 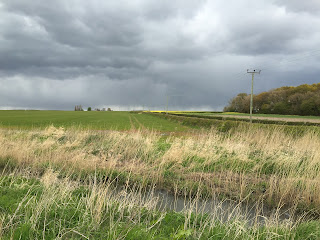 The flooded fields held a further 3 Wheatear and 4 Shoveler, 6 Gadwall fed quietly at the back of the wet area. The Little Grebe were again quite vocal, but there were few other birds singing by this time; probably anticipating the next deluge. 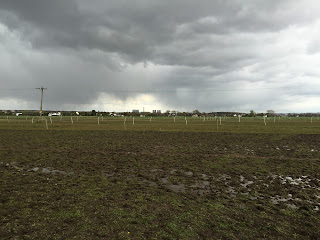 Stopping briefly at Burnt Mill Farm before the heavens opened I managed to count 12 Wheatear spread across the paddocks. A single Corn Bunting was singing from the back of the paddocks, whilst a good number of finches were on the move including Linnet, Greenfinch and Goldfinch. I just managed to get back into the car as the hailstones started pelting the car, good timing!

The weather isn't looking too appetizing for the weekend, but hopefully there may still be some migrant movement.....