The bright sunshine and blue skies were very deceiving today, with a moderate westerly still making it feel cold. The winds have really not been of much assistance for the northward push of migrants, but at least birds are still on the move. 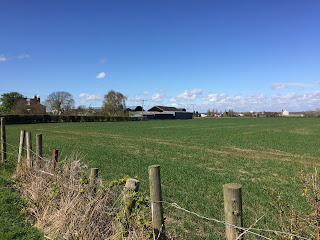 The paddocks at Burnt Mill Farm held 3 Wheatear and a single singing Corn Bunting, but with the wind whipping across it wasn't surprising that there wasn't much else. Driving past the farm I heard the rattle of a Lesser Whitethroat, parking up I managed a few quick views before I lost it in the hedgerow. There were a further 2 singing Corn Bunting though, presumably sheltering from the wind.

Parking at the bridge on Carr Lane I had a good look around the flooded fields and Carr Lane Pools, but other than a couple of fly-over Yellow Wagtail it was quiet. Only 4 Buzzard were on the wing, surprising given that the conditions weren't too bad. Great Boar Wood had a few singing Chiffchaff and Willow Warbler, but it was distinctly migrant-less. 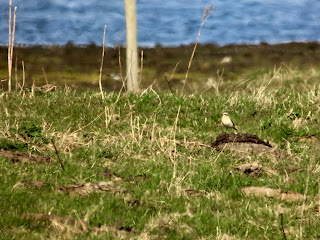 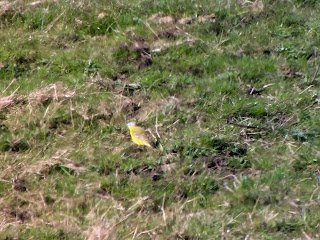 Moving round to Town Lane I picked up a single Wheatear in the field by the gate, hopefully numbers will pick up again shortly. The Channel Wagtail was again feeding with a mixture of Yellow, Pied and White Wagtail on the flooded fields by Town Lane. Wader numbers are depressingly low, with only 3 Black tailed Godwit, 12 Redshank and a couple of Oystercatcher. Duck numbers continue to drop with only 3 Shoveler, 29 Teal and 18 Shelduck. 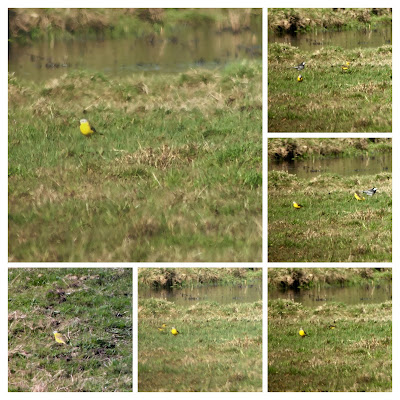 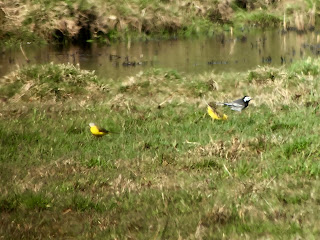 Hale Marsh was also very quiet, with only a few Skylark and Meadow Pipit. The Cormorants are continuing to takeover the decoy, and with at least 23 nests it could be a bumper year for them. Walking back to the car I at least managed to get a few more views of the Channel Wagtail, even if the heat haze stopped any decent shots! 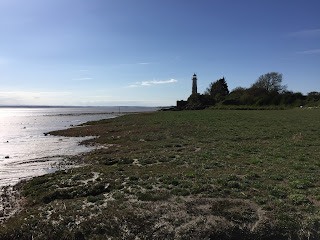 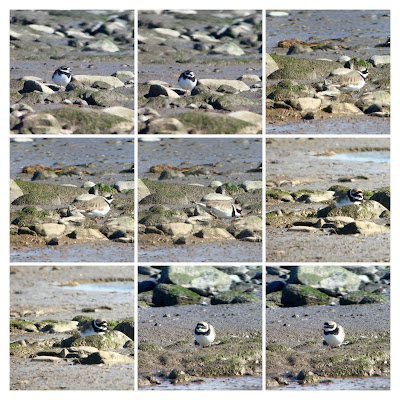 Hale Shore was crawling with dogs, walkers and people generally enjoying the sunshine......not the best time for birding! The ploughed fields were devoid of birds, other than a few hirundines (mainly Swallow and House Martin) dashing through. Scanning Frodsham Score was difficult due to the haze, but I did pick up a female Marsh Harrier and 20+ Raven. Despite the tide being at it's lowest point, 39 Ringed Plovers were still clustered among the rocky areas, so I spent a bit of time studying them. 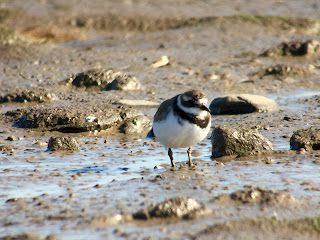 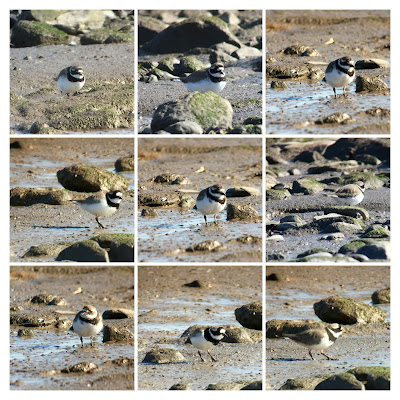 No apparent Tundra among them, but probably not long until they start filtering through. It was great watching them in such good light, until some out of control dogs came chasing down the bank and into the mud scattering everything. The only positive was that they flushed a near summer plumaged Sanderling, although I'm gutted I missed the chance to get some better views of it. 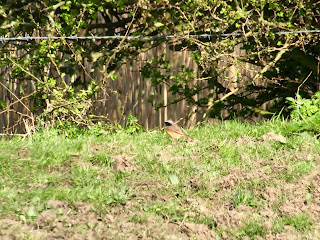 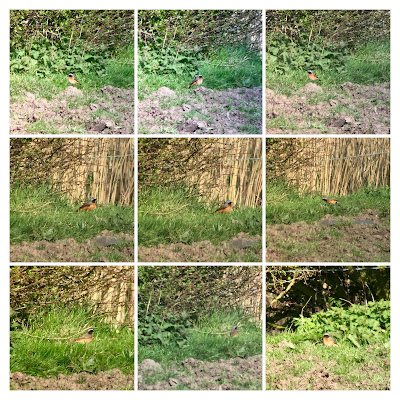 Deciding to head back via Carr Lane again I bumped into Colin Davies and Ray Banks who had seen the Common Redstart again. Within seconds it hoped back out into view again, providing my best views yet of it, and a chance to get some half decent pictures. It showed well for about 5 minutes, before the Robin again took a dislike for it. Having a brief scan of Carr Lane Pools again, and I picked up a Green Sandpiper quietly feeding in the near corner, finally a passage wader! 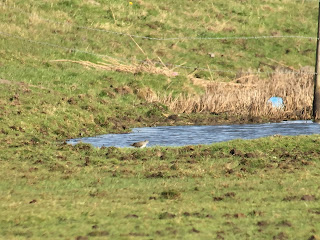 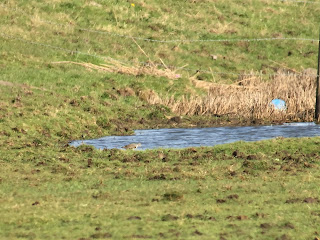 Migrants are still clearly on the move despite the blocking winds and weather conditions, but ideally it would be nice to get some decent southerlies to get some more numbers through. Fingers crossed for the coming week!
Posted by daveliverbirder at 13:09