The weather was a bit of a shock to the system, and required a return to coats and gloves. Despite the decent sunshine, the north-east wind was biting cold. It really didn't feel like a good day for looking for migrants, but then at this time of year you just need to keep plugging away. 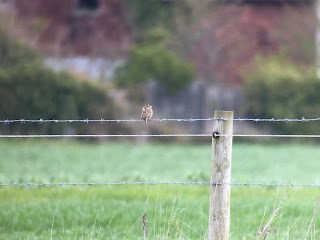 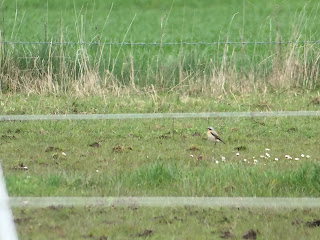 As usual I started at Burnt Mill Farm, where there was a single singing Corn Bunting on the back wires. Only 2 Wheatear were left feeding along the edge of the paddocks, a real contrast to the good numbers of late. Scanning the sky for raptors I noted a Common Buzzard in a gull kettle. Looking more closely I picked out a 1st winter Glaucous Gull (maybe the same bird that I had last weekend?). This is now my 4th record of Glaucous on the patch, having missed out on them entirely last year! 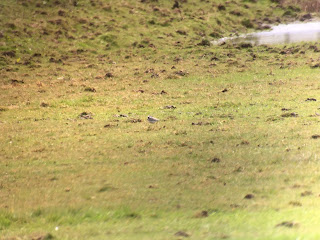 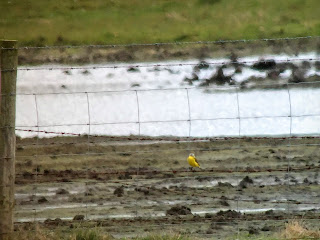 Driving down to the bridge at Carr Lane, I bumped into Paul Kurs and we ended up spending the next couple of hours birding together. The Common Redstart showed all too briefly, with only the flash of it's bright red tail seen on a few occasions. A male Marsh Harrier and Peregrine showed marginally better, albeit distantly. There were good numbers of Wagtails in the longer grassy areas around the pools, including a single Channel, 23 White and 5+ Yellow. 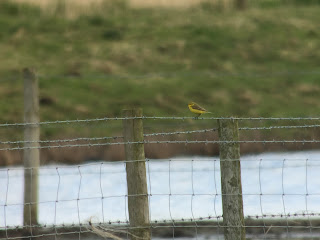 We spent a while waiting for the Common Redstart to play ball, but it clearly wasn't in the mood. A Sparrowhawk, 4 Common Buzzard were drifting around, whilst the Pools held 12 Redshank, 2 Shoveler, but little else. We were both rather cold, so I suggested that we moved onto Hale Lighthouse in the hope that we might find a migrant or two despite the cold winds. 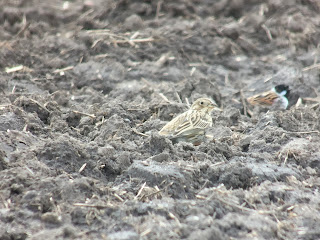 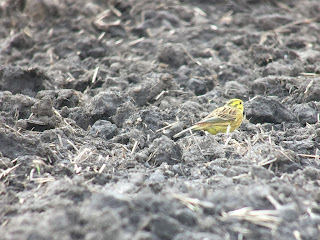 Parking up, I picked up a large raptor which showed rather deep fingers and looked very short bodied. Getting the scope onto it I was surprised to see that it was a Common Buzzard with next to no tail feathers, and multiple missing primaries and secondaries (a near miss from a shooting or a very strange moult?). The ploughed field held a singing Corn Bunting, 2 Yellowhammer and about 7 Reed Bunting. 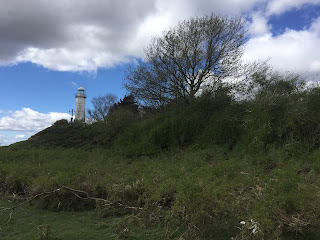 The Lighthouse garden held a single male Blackcap, plus another warbler which sounded remarkably like a Garden Warbler on the 2 times it sang.....sadly we couldn't locate it again, and it will have to go down as one that got away. A few Swallow, Goldfinch and Linnets were buzzing around, but there were not the swarms of hoped for migrants. 4 Grey Partridge were along the lower areas of the shore, but sadly not much else was found. 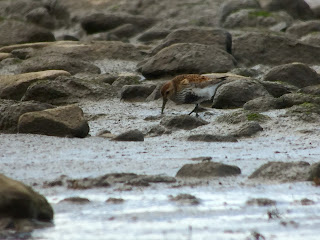 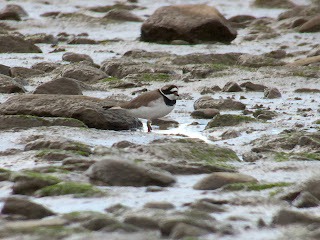 A scan of the shore found 62 Ringed Plover and 31 Dunlin roosting and feeding amongst the muddy rocks. I would have loved to have spent a bit more time looking at them in more detail, especially given how smart some of the Dunlin were starting to look.....maybe next time. I still managed to take a few pics to keep me going until I have some give them the time they deserve. 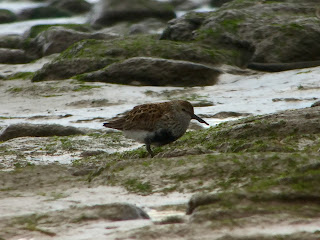 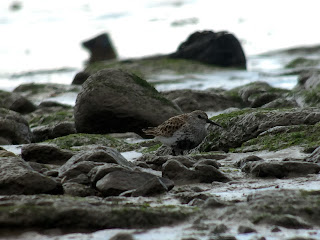 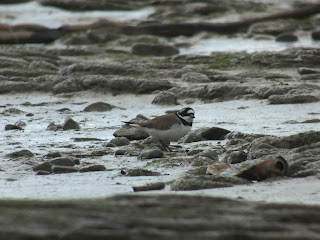 Whilst out on patch, Paul and I discussed that it looked like a good day for an Osprey to go through, sadly there wasn't one on patch......but I did see one later this afternoon when a bird went low NNW over Stalbridge Avenue (just opposite Greenbank Park), always nice to see....shame it just avoided the garden list!