Although the temperature gauge was saying 11 degrees, a strong bitter South Westerly made it feel like it was in negative figures. It was rather grey, but was actually probably one of the clearest days I've seen for a while. It certainly felt more like winter than Spring, so I wasn't too hopeful of bumping into many migrants. 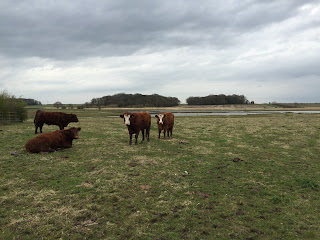 Starting at the Town Lane side of Carr Lane Pools, it was evident that there has been a bit of a clearout of waders with only 1 Ruff, 34 Black Tailed Godwit and 8 Redshank remaining. Duck numbers have been a bit up and down recently but a Shoveler was new in, whilst Teal and Shelduck numbers remained fairly static. There was a good gathering of c.45 Pied Wagtails, but again rather surprisingly no White's? An immature Merlin (presumably the same bird from Wednesday) was sat in the back fields, huddled up against the strengthening wind. 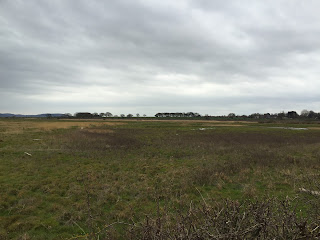 Hale Marsh was just as bleak with a solitary Swallow battling the wind, reminding me it was actually Spring. Cormorant numbers continue to build, and it looks from the number of nests that it could be a bumper year. A couple of Kestrel and a single Buzzard were hunting the outer edges of the Marsh, but again there were no waders on the pools. 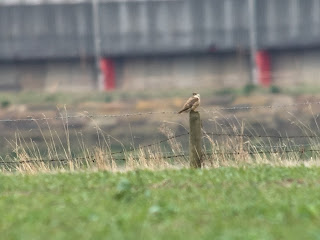 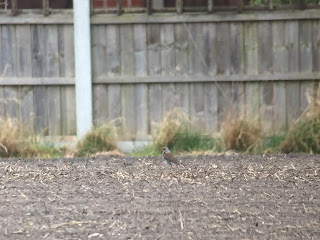 I relocated to Within Way in the hope that I would gain a little shelter from the wind, The first field still held a few Fieldfare and Redwings, alongside the resident Thrushes, and a small gathering of about 37 Curlew. A Little Owl was again yelping from the first copse; hopefully last years pair will have another successful year. A female Merlin was getting a buffeting along the fence line at the bottom of Within Way, a particularly well marked bird with prominent dark wings. 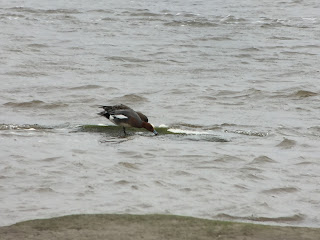 Unsurprisingly there were no Wheatears in the fields at the end of Within Way. 3 Turnstone were feeding on the exposed rocks, whilst 47 Wigeon is the highest count I have had on this side of the Mersey this year. Gadwall were spread out across Hale Marsh and the Mersey, but there were at least 49 birds (my highest count on patch). Small numbers of Linnet, Goldfinch and Meadow Pipits were being blown around, but there were no migrants. A quick scan across the Score produced 2 Great White Egret, my first for a few weeks. 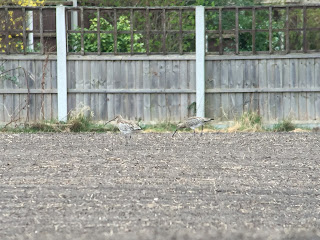 4 Coal Tits and 2 Goldcrest were bouncing about the Larch at the entrance to the Farm on Within Way on my return to the car, whilst a Nuthatch was using the feeders in the garden opposite. A few Greenfinch and Goldfinch were singing and displaying over the car, trying to tempt me into thinking it was Spring.....it didn't work! The sun was trying to break through as I walked down Lighthouse Lane, but it remained cloudy and cold on patch. A pair of Buzzard were displaying over the copse, whilst a Sparrowhawk swept through. A few Reed Bunting, Chaffinch and Goldfinch were feeding in the corner of the field by the Lighthouse garden, and a female Brambling dropped down briefly before returning to the safety of the trees. 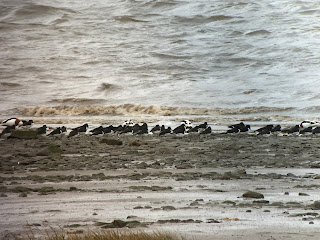 Only 5 Whooper Swans remained on Frodsham Score, but there was little else. A good pre-high tide roost of 106 Oystercatchers were on Hale Shore, many still in winter plumage (not surprising given the conditions!). Although I was tempted to freeze to death watching the roosting Gulls, I decided to head home. A brief stop at the flooded fields on Carr Lane and Burnt Mill Farm finally producing a few singing Chiffchaff and a drumming Great Spotted Woodpecker in Great Boar Wood.

Hopefully the weather will improve over the weekend, and some of these warmer Southerlies might push something in.