Last Birding of the Month......Probably

What a cracking start to the day, bright blue skies, a light south westerly and feeling relatively warm in the bright sunshine. It felt like a great day to be out on the patch, and I had high hopes of an early Spring scarcity. 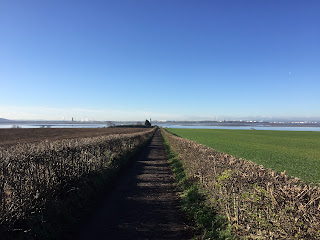 I had only just parked up when a female Merlin dashed over the hedgerow, always a nice way to start a bit of patch birding. The fields held 19 Curlew, a few Grey Partridge and plenty of Reed Bunting, Skylark and Linnet. A scan across the Mersey and Frodsham Score held the usual assortment of 10 Whooper Swan, 20+ Raven, and a big mumeration of 350+ Black Tailed Godwit. 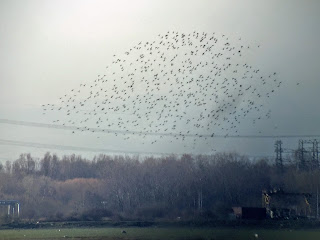 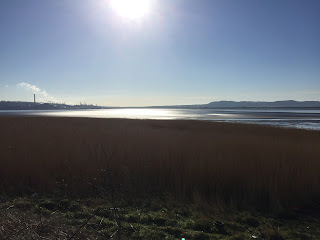 The walk along the shore to Within Way produced a minimum of 9 Wheatear (7 male, 2 female), a single male White Wagtail, loads of singing Reed Buntings, 90+ Linnet and 3 cronking Ravens. The fields were full of Skylarks, and the edges held a couple of pairs of Grey Partridge. All of the "Blackbirds" remained as Blackbirds, but hopefully the checking will eventually result in a Ring Ouzel. 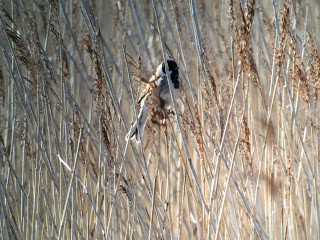 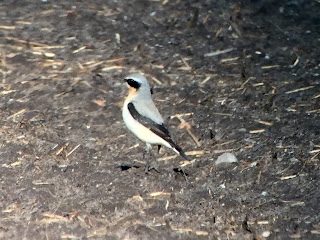 Reaching Within Way I almost trod on a Jack Snipe in the wet area at the point, it shot up briefly before ditching into the nearest reedbed. 3 Chiffchaff were in sub-song in the hedgerow at the bottom of Within Way, presumably fresh migrants. The Gadwall flock had reduced to 27, whilst a single Ringed Plover flew through. It was surprisingly quiet so I decided to head back to the car; broken cloud had drifted in and the winds had strengthened making it feel a lot colder. Despite constant scanning of the sky the only bird of note was an immature Peregrine. I bumped into Jenny Jones who I had a brief chat with, pointing her in the direction of the Wheatears and Chiffchaff. 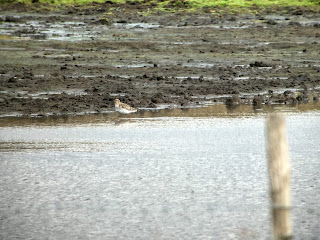 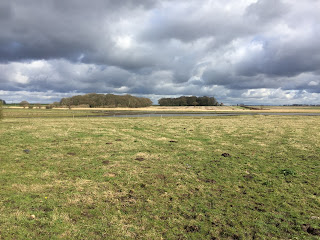 Moving round to Carr Lane Pools I met Gail and Mark Gann who were already scanning the Pools, sadly it was fairly quiet and only produced 2 Ruff, 38 Black Tailed Godwit, 17 Redshank and very little else. Gail and Mark had headed off in search of Little Ringed Plover on Hale Marsh, which seem to have done a bunk for the time being. As I scanned the Marsh I picked up an immature male Merlin, which I was able to show to them both, going a little way towards compensation for a lack of Plovers. My poor picture below doesn't compare to the cracking pictures that they managed to get! 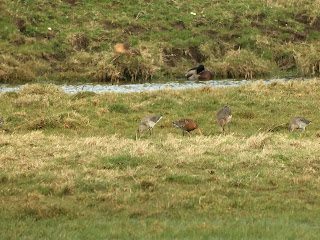 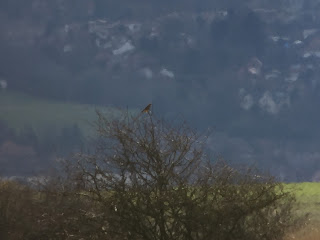 I spent the next hour and a half scanning for raptors from Town Lane, which although relatively productive failed to produce any hoped for scarcity. The highlight being a male Marsh Harrier that drifted high NW, whilst there were constant kettles of Buzzards (probably in the region of 30+ birds seen), 3+ Sparrowhawk, 2 Kestrel and a single Peregrine.

So that's March done with (probably!) leaving me on 135 species for the year, roll on April and the real push of migrants....and hopefully some real scarcities!