Well clearly Spring isn't quite here just yet; 5 degrees and overcast conditions and it felt as though we had been plunged back into winter. Todays patch visit wasn't a birding trip (taking the kids to the playground at Hale Park), but it would be rude to be on patch without having a brief look around.

We stopped briefly on Carr Lane to feed the horses, which also happens to be the prime place to scope Carr Lane Pools.....fortunate!! Before I even had chance to get my scope out I flushed a Green Sandpiper from the flooded field on the opposite side of the road, an unexpected bonus. The Pools held pretty much the same selection as yesterday, but Black tailed Godwit numbers were down to 5, but Redshank numbers were up. A single Shoveler and 5 Gadwall were milling about the Teal and Shelduck. Having run out of apples and the horses starting to lose interest we carried on to Hale Park.

Hale Park has an excellent playground, which is surrounded by the Icehouse Woods, Horse Paddocks and farmland, and has a really decent selection of birds. The Park was alive with birds today, who despite the weather clearly realise it is Spring. A flock of c.60 Redwing greeted me at the car park (they are clearly still moving through patch then!), whilst a number of resident Thrushes fed on the parkland (Mistle, Song and Blackbird). The trees were full of finches including Goldfinch, Greenfinch and a single Lesser Redpoll. Nuthatches bubbled from virtually every tree, including one bird that came down to investigate one of the benches in the playground. 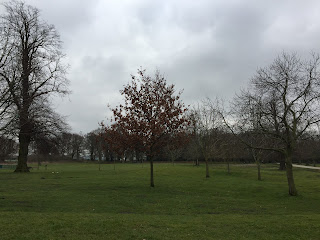 The calls of Goldcrest, Treecreeper, drumming Great Spotted Woodpecker and a single singing Chiffchaff also filled the air. A Sparrowhawk drifted over, whilst a Kestrel bombed about the open area of the park. The birds had clearly not been put off by the colder weather. 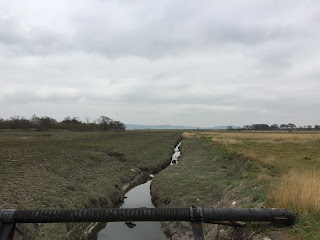 A brief stop at the bridge on Town Lane to scan Hale Marsh resulted in my first Kingfisher for a while. 5 Little Egret were again stalking the marsh, whilst the Cormorants continued with their nest building. A couple of Buzzards sat on the edge of the decoy, whilst there was also a high count of about 60 Stock Dove. A Grey Wagtail flew over towards Carr Lane Pools, but otherwise it was quiet. Still no sign of any migrants, but with plenty on the move just a little further south it shouldn't be too long.