It was again cool, with overcast skies. Where have the sunny days of Spring gone from last week? Today's visit was again a multi-tasking event, with a few stops along the way! 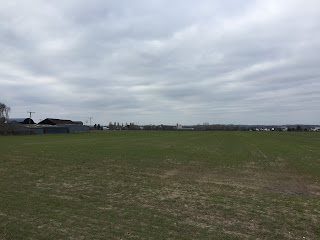 A brief stop by Burnt Mill Farm again failed to reveal any Corn Buntings, but then the weather probably wasn't encouraging. A Sparrowhawk raced through, whilst a few Grey Partridge lurked close to the hedgerows. 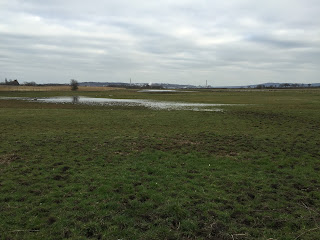 The Green Sandpiper was nowhere to be seen on the flooded field, but a couple of Little Grebe yaffled from the reedy areas. Carr Lane Pools held a Little Egret, 5 Snipe, and the same selection of ducks as yesterday (Teal, Gadwall, Shoveler and Shelduck). The Black tailed Godwit had disappeared, whilst Redshank numbers were down; but still no sign of any Little Ringed Plovers yet. 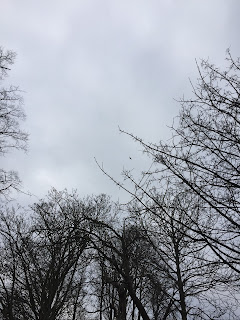 3 Buzzards were displaying over the carpark at Hale Park; whilst a Kestrel was soaring over Icehouse Wood. I had forgotten about the Saturday Football at the Park, which unsurprisingly meant that yesterdays Thrushes had all vanished. However the Greenfinches and Goldfinches remained in the surrounding trees, and 3 Siskin flew overhead. A few Nuthatch were again bubbling away from different areas of the Park, but otherwise it was quiet.

Hale Marsh held 3 Little Egret, and the ever increasing swam of Canada Geese. The Peregrine had already taken up it's position on the edge of the decoy making the nearby Woodpigeon and Stock Dove quite edgy. The drier sections of the Marsh look perfect for the first Wheatears, but alas there was no sign yet. 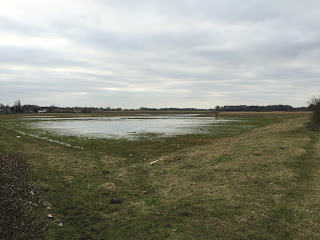 The flooded field between Town Lane and Carr Lane Pools, is starting to look better and better, and the birds are starting to become accustomed to the passing traffic. 2 Dunlin were lurking among 5 Black tailed Godwit, whilst there were 84 Teal and 12 Shelduck. There is plenty of decent looking habitat around at the moment, I just hope that water levels survive long enough to allow the passage waders to take advantage of them. Still no "true" migrants on patch (I don't count Chiffchaff or Blackcap!), maybe tomorrow.