A very mild day, with temperatures reaching a balmy 16 degrees! I again decided to plump for some late afternoon/evening Gulling. The light was not great with a slight heat haze and a faint mist, which made viewing difficult. 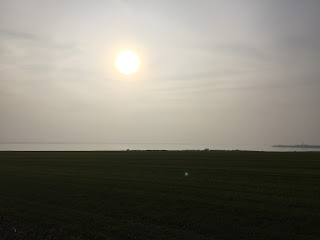 A Chiffchaff sang from the end garden along Church Lane, my first singing bird of the year. The fields along Lighthouse Lane again held a number of Pied Wagtails, and Skylarks seemed to be everywhere. Reaching the Lighthouse gardens I suddenly heard a nasally call, which drew my attention to a smart Brambling. It dropped down to feed in the ploughed field, where I found a second bird feeding amongst the Reed Buntings, Linnets and Goldfinch. 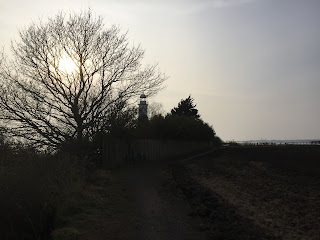 The haze and light mist made scanning Frodsham Score a waste of time, but fortunately the receding tide meant that a few waders were starting to drop in quite close. c.40 Ringed Plover, Grey Plover and c.100 Black tailed Godwit gave some nice views. One of the Godwits had some coloured leg flags, but the light was far from great to read them properly (if anyone has any ideas from the dodgy pics below, please let me know!). 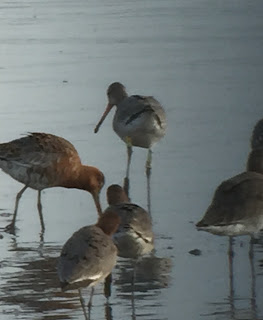 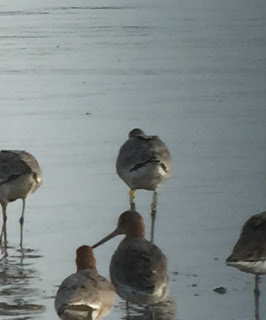 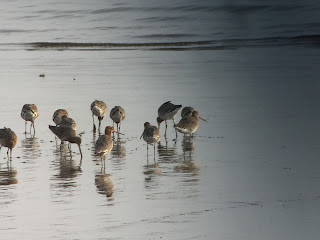 Sean O'Hara joined me shortly after the Godwits had been flushed by some inconsiderate tosser dog owner. I picked up a group of 15 Whooper Swans heading towards us from the Weaver Bend, and they promptly decided to stop off on the Mersey. I presume that this is the Whooper herd from Frodsham Score that are now departing north? 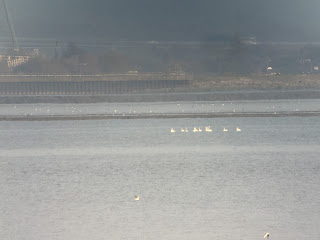 The recent white wingers had encouraged Geoff Bond and a couple of other visiting birders to join Sean and I in tonight's Gulling session. Tonight was not going to be a good night though, with very low numbers of Gulls moving through, and a fraction of the "big" Gull numbers of late. A 3rd winter Yellow Legged Gull was the solitary half-decent Gull during my stay. Having been lulled into a false sense of Spring, I had not prepared myself for how cold it would feel as the sun set. By 6pm I was cold enough to call it a day.....maybe a little too early,as Sean and Geoff had an adult Iceland Gull drop in at 6.15pm. 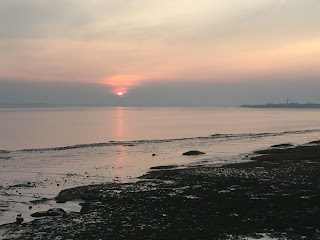 The walk back to the car produced a few calling Grey Partridge and a flock of c.40 Redwing over Church Lane, but little else. My first non-Iceland visit to the patch in over two weeks, maybe it is time for me to start looking towards Spring migrants rather than concentrating on the Winter stuff still.