Heavy rain hammering against the windows woke me this morning; but with the promise of brighter weather following on behind I thought I would head to the patch to see what Storm Katie had left behind. It was still cold, and the stiff South Westerly made it feel even colder. 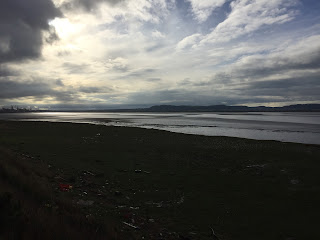 Driving along Lighthouse Lane I could hear a couple of singing Chiffchaff singing from the gardens, presumably fresh in which raised my hopes. The dark clouds were still looking rather heavy as I parked up and walked down the track to the Lighthouse. Other than a few Grey Partridge, Skylark and Reed Buntings it was quiet. Scanning Frodsham Score I picked out 9 Whooper Swan, a few Pink Footed Geese and very little else. It was starting to drizzle when I picked up an interesting Gull quite close to me; I watched it for about 5 minutes before deciding that it might be a little "more" interesting and attempting a few shots, sadly it started to pelt it down with rain and I retreated to the cover of the bushes by the Lighthouse. 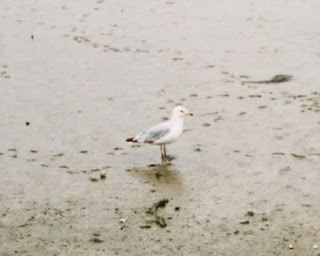 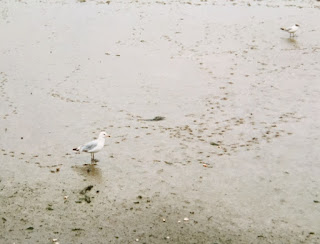 First impressions were of a mid-sized Gull (appearing smaller than a Herring), a striking white head, pale mantle (paler than a nearby Black Head), a paler iris (although not strikingly pale) and a pinky bill with a ring. My initial thoughts were of Ring Billed Gull or possible hybrid, but something didn't seem quite right. Was the mantle pale enough? Was the head to white (surely they should have retained some flecking)? After a bit of Twitter diagnosis, Pete Kinsella suggested the structure (big head and shortish primary projection) pointed towards a 3cy Herring Gull. You live and learn, and with Gulls I think you are always learning! 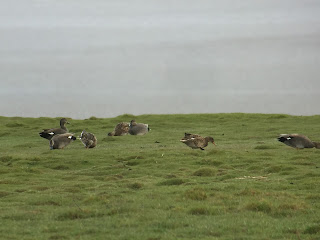 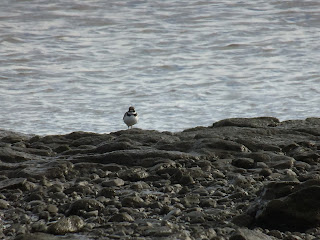 Walking along to Within Way was exceptionally quiet, with very few passerines and even less out on the Mersey. Reaching the end of Within Way I was surprised to find an impressive count of 43 Gadwall feeding on the short grass, easily my largest count on patch by quite some way. A rather lost looking Ringed Plover posed on the rocks at the end, but there was little else. Turning back towards the Lighthouse I picked up a few Wagtails that had just dropped in, followed by a few more and a few more. Suddenly the field was alive with about 40 Pied Wagtails (still no White's???) and 3 Wheatear. 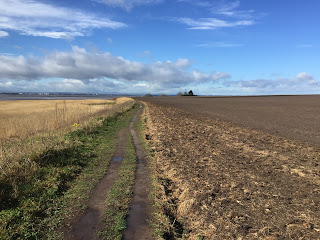 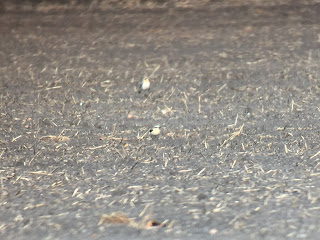 The fields were suddenly alive with Reed Bunting, Linnets, Skylark, Pied Wagtail, whilst the corvids that had appeared held a few Raven. Nearly back at the car and a massive male Peregrine nearly took my head off before heading towards the Lighthouse and across Hale Shore. 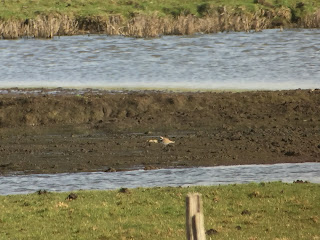 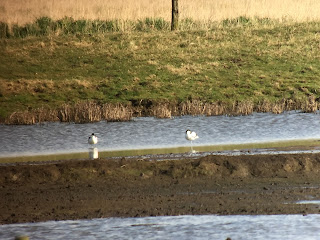 Moving round to Carr Lane Pools it was great to see 4 Avocets feeding in the shallow pools, supported by 2 Little Ringed Plover, 5 Ruff and 57 Black Tailed Godwit. The sun by now was providing a bit more warmth and 12 Buzzards were thermaling over Great Boar Wood, with singles of both Sparrowhawk and Kestrel. A female Wheatear was feeding busily in the field in front of me, whilst a few Grey Wagtail flew over. 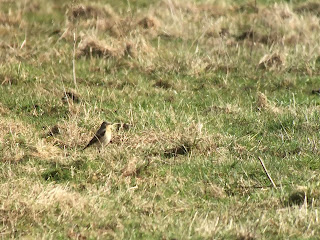 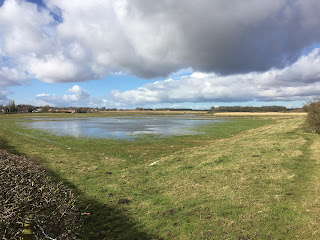 Hale Marsh was again rather slow with no waders on the pools, and hardly any passerines on show (other than the usual Meadow Pipit and Skylark). Scanning over the decoy though, and I picked up three hirundines, which turned out to be my first Swallows of the year. 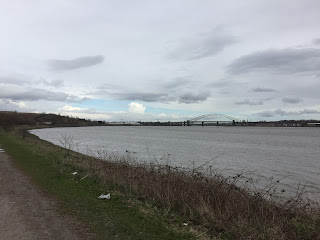 A return multi-tasking visit to Pickerings Pasture later in the afternoon didn't provide much of interest, though another Swallow battled west against the wind, whilst a single Chiffchaff was singing halfway along the hawthorn river wall. So Spring is arriving in fits and starts, but it won't be long until the mad April rush. At least I shouldn't have too many Gull traumas for a few months now......back to Gulls revision for me over the Summer.