Another stunning early Spring day with largely unbroken blue sky and warm sunshine, although the South Westerly winds still had a little bite to it. The signs looked promising for some early migrants, but after a number of failed attempts recently maybe my expectation levels weren't quite as high. 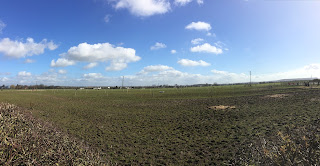 Starting at Burnt Mill Farm again I was rewarded with at least 3 singing Corn Bunting, along with a number of groups of Linnets. Raptors were again very much in evidence and a scan of the surrounding area produced at least 15 Buzzards, 3 Sparrowhawk and a Kestrel. The Buzzards and Sparrowhawk were clearly enjoying the sunshine, producing some stunning displays. I failed to locate the large mixed finch flock at Great Boar Wood, reported on the 22nd, but a small number of Goldfinch fed quietly in the treetops. 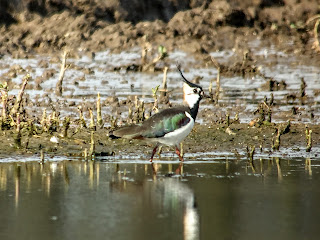 The flooded fields again held 6 Lapwing and 2 Little Grebe (which were very vocal again) but little else. Turning my attentions to Carr Lane Pools a quick scan revealed 2 Ruffs, 30+ Black Tailed Godwit and a Green Sandpiper, great to see some early passage waders already on the move. I moved around to view the Pools from Town Lane, with the sun making viewing rather difficult from Carr Lane. 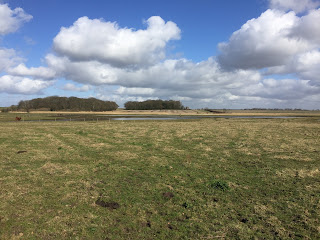 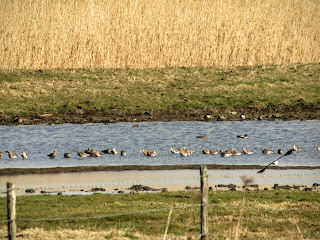 The light was much better and allowed for a proper count of Black Tailed Godwit (48 - but no colour ringed birds) and to find a further couple of Ruff, taking todays total to 4. A couple of Little Egrets stalked the far edges of the Pools, but a thorough scan failed to reveal the hoped for migrants. Duck numbers are slowly dropping, but there are still 84 Teal, 7 Gadwall and loads of Shelduck. 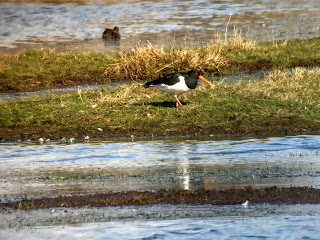 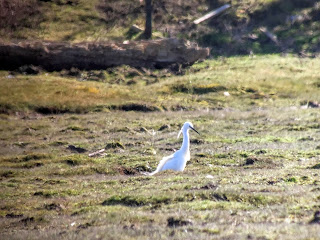 The flooded fields between Carr Lane Pools and Hale Marsh held plenty of ducks, but nothing of great interest. Hale Marsh was full of Meadow Pipit and Skylark, and a couple of smart Little Egret in full breeding dress, but there was still no sign of any migrants. After a bit of scanning across the marsh I eventually picked out a Whimbrel, close enough to be a Spring migrant. Walking back to Carr Lane Pools I bumped into Chris Tynan, but other than a few more Sparrowhawk we failed to pick out anything further. 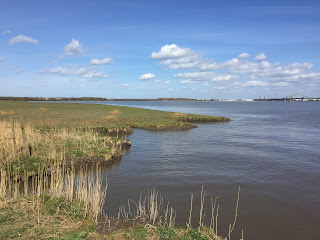 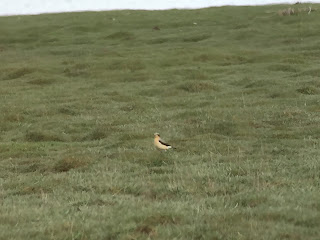 The walk down Within Way was fairly uneventful,with a single yelping Little Owl in the first copse and a few Buzzard overhead. Continual scanning of the ploughed fields failed to pick up any migrants, but reaching the end of Within Way I finally picked out two male Wheatears. This is a favoured spot for the Wheatears, and so it proved today, and finally my first "true" migrant of the year. I spent quite a while scanning Runcorn Hill and the hills behind Frodsham picking out a single Marsh Harrier, 20+ Buzzard, 2 Peregrine and 3 Sparrowhawk, but sadly nothing better. 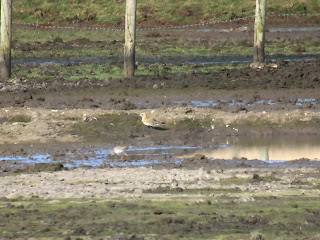 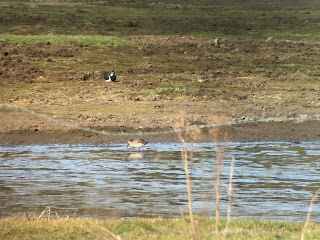 A quick look back in at Carr Lane Pools found 5 freshly arrived Golden Plover in and an additional Ruff, although there was now no further sign of the Green Sandpiper. Spurred on by the new arrivals I decided to have another quick look at Hale Marsh, and sure enough there was a Little Ringed Plover fresh in, my second "proper" migrant of the day. It also serves as a reminder that at this time of year birds can drop in at any time and move on just as quickly.....hopefully if that mega arrives it'll stay longer!! 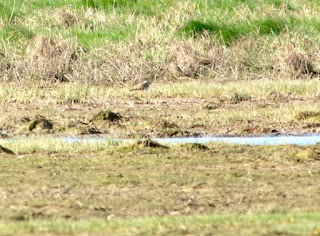 So three new year ticks, and I'm suddenly up to 133, miles ahead of this time last year. With April just around the corner, I can't wait for the full rush of summer migrants.