Sunshine, torrential downpours, a strong south westerly and feeling cold again; what a difference a few days make!! The first visit to the patch today was meant to be a multi-tasking visit to Hale Park, but having stepped out of the car a torrential hail/rain storm put paid to that. Although a drumming Great Spotted Woodpecker and Nuthatch were still audible from the car park. 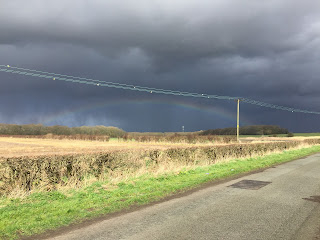 A brief stop along Carr Lane at the flooded fields and overlooking the Pools in the pre-downpour drizzle picked up a few Ruff, Black Tailed Godwit and Redshank. A few Teal and Shelduck were milling around with a single Little Egret, but with limited time I was unable to pick anything further up. The flooded field again held 3 pairs of Lapwing and a pair of Redshank. 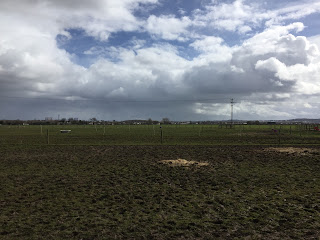 A stop at Burnt Mill Farm produced at least 2 singing Corn Bunting which were being buffeted in the wind. A few Linnet and Goldfinch milled around at the edges of the paddocks, but there was sadly no sign of any Ring Ouzel yet; maybe a little early still. A Sparrowhawk struggled over, whilst a few Buzzard looked rather miserable; a complete opposite to the Friday's Spring like day. 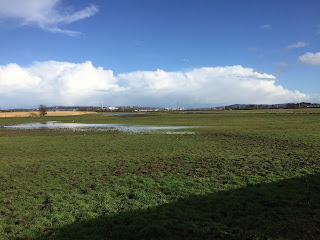 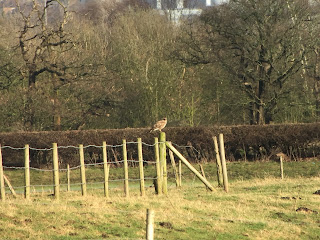 A late evening return to the patch, and fortunately the rain had all but cleared, but it felt cold in the strengthening winds. A Buzzard sat on the fences at the edge of Pools had made everything decidedly edgy, and other than a couple of frisky Grey Partridge I couldn't pick much up from the Carr Lane side of the Pools. However the paddocks held 17 Meadow Pipit and 26 Pied Wagtail, but surprisingly not a single White Wagtail among them?! Surely there should be more moving through by now? 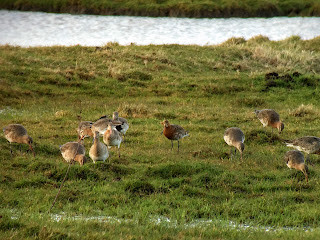 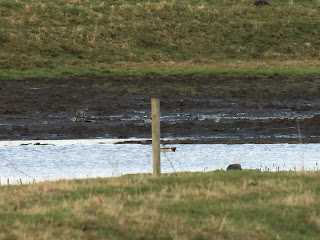 Moving around to the Town Lane side of the Pools was a lot more productive with 2 Little Ringed Plovers feeding in the far corner, 52 Black Tailed Godwit, 5 Ruff, 1 Ringed Plover, 12 Redshank and a single Snipe. A Greylag Goose had joined the Canada's on the Pools, a bit of a rarity on the Pools still. More Pied Wagtails were flooding in, but there were still no White's. I picked up 3 hirundines coming in from the South, which turned out to be my first Sand Martin's of the year. 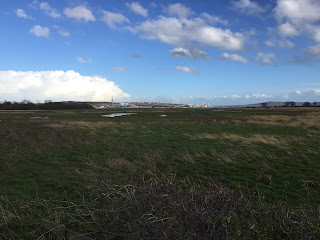 Hale Marsh held a further 2 Little Ringed Plovers in the roadside pools, whilst a male Merlin shot through chasing a small passerine. The Cormorants are still nest building, and it will be interesting to see how many young a raised this year. 2015 was the first record of breeding on site (producing 18 young), and 2016 seems likely to beat that given the number of nests being built. 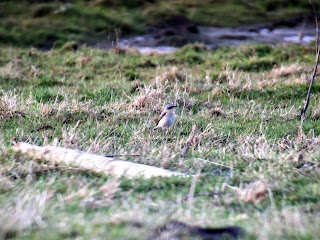 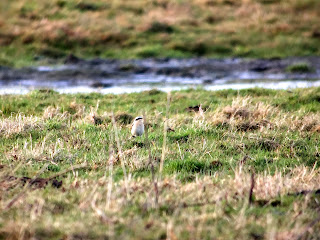 A quick scan of the Pools again produced no new waders, but a male Wheatear had appeared and gave some lovely views in the late evening sunshine. A Chiffchaff moved along the hedgerow by the Pools, whilst the Little Ringed Plovers had started to display. Spring is well and truly here, although maybe some slightly warmer weather would be nice!