Good things come to those that wait......sadly not today!!

A gorgeous spring-like St Patricks Day, with unbroken blue sky, light winds and warm sunshine; a perfect day to have been on patch for a raptor or two. Sadly I was unable to get out until after work, so any hope was quickly wiped out; but I was confident that the weather may have tempted a migrant onto patch. 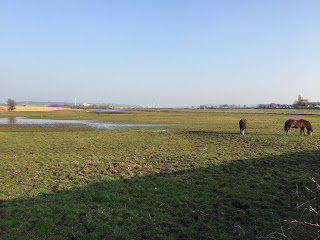 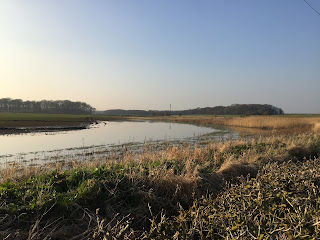 Carr Lane Pools and the flooded fields looked good, and held 9 Black tailed Godwit, 8 Snipe, Little Egret, 78 Teal, 4 Gadwall and a couple of Grey Partridge. Great Boar Wood was alive with bird song and a Nuthatch was bubbling away, the first in this section of the patch for well over a year. The flooded field is looking really good, I'm just keeping my fingers crossed that the water level stays for another month or two. 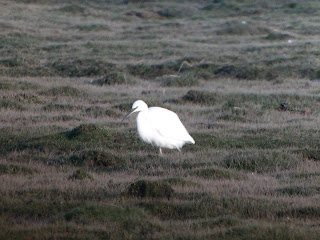 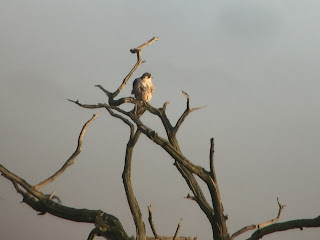 ﻿
Hale Marsh was relatively quiet, and didn't hold the hoped for Wheatear. However the Peregrine was sat on the edge of the decoy, looking slightly happier with the spring weather. The Cormorants are in the full swing of nest building, and it looks like it could be a bumper year. 4 Little Egret stalked various sections of the marsh, whilst the Canada Geese appear to be pairing up already. The marsh is looking good, and it shouldn't be too long until the first Little Ringed Plovers are in. 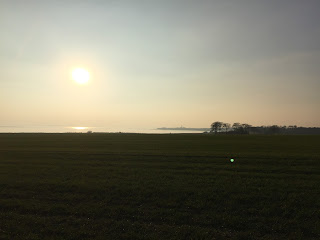 Moving round to Hale Lighthouse the fields were full of Grey Partridge (at least 11 pairs seen), Skylark, Yellowhammer and Reed Bunting enjoying the early evening sunshine. 32 Curlew were feeding in the recently ploughed field, but the recent Brambling were nowhere to be seen. A Merlin shot through scattering a few Linnets, Pied Wagtails and Meadow Pipit. 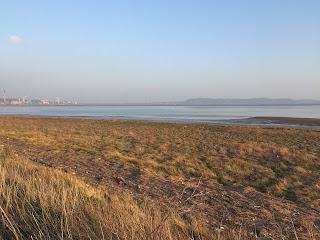 A quick scan of Frodsham Score revealed a few Raven tumbling around, but little else. There was no sign of the Swan herd, and it would appear likely that they have already started their journey northwards (possibly the birds I saw on the Mersey on Sunday). Settling back onto my bench I got back Gulling fix for the night, however it was far from easy. The rising tide, lack of wind and substantial section of exposed mud by the Weaver Sluice meant that the gulls were streaming through at a variety of heights and distances. The exposed mud also meant that many of the Gulls decided to stop well short of my position at Hale Lighthouse. Nevertheless I managed to pick up an adult and 1st winter Iceland Gull in quick succession, both of which decided to stop their journey west at the Weaver Sluice. 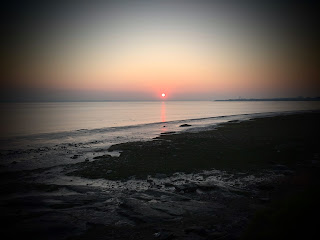 I failed to find anything further of interest despite a decent look through the Gulls moving west. With the light failing and the majority of Gulls now deciding to follow the Frodsham side of the Mersey I decided to head home. A brief stop at Carr Lane produced a calling Little Grebe, but nothing further. It looks like I'll have to wait a couple more days for that first Spring migrant.