After some lovely spring like weather this morning, it was disappointing to see how much it had deteriorated by the time I got out on patch this afternoon. The blue sky had given way to dark heavy clouds, light drizzle and strengthening north-west winds. 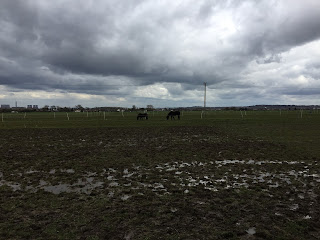 Calling in at Burnt Mill Farm I picked up 5 Wheatear quite quickly, but there was little else of note. A combination of a Buzzard and a dog hurtling around just outside of the fenced area, almost certainly responsible for a lack of birds. A Corn Bunting was sat on the wires by the farm singing away, which at least cheered me up a little. 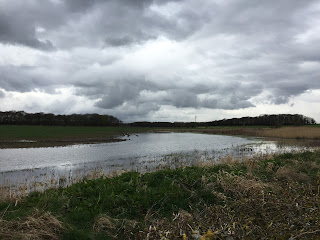 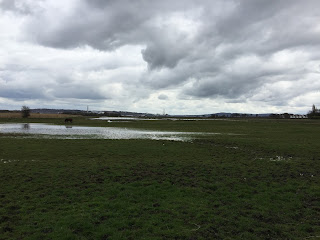 The flooded fields on Carr Lane held the usual Little Grebes and 6 Lapwing, but it was very quiet. Carr Lane Pools were pretty much the same (frustratingly I later found out that I had missed the high tide roost that had relocated here and held Little Stint and Spotted Redshank). By the time I was scanning I only managed to locate 4 Black Tailed Godwit, 1 Snipe and very little else. 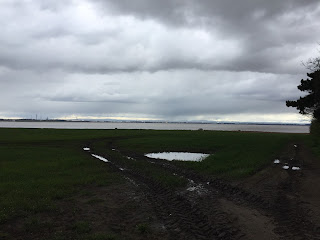 Moving on to the end of Church Lane, the garden was quiet with no migrants, in stark contrast to yesterday. The Mersey held a group of 12 Shoveler (presumably displaced from the Score during high tide). Frodsham Score held a sprinkling of Whooper Swans (6+ that I could positively ID), 15 Raven, Sparrowhawk and 2 Little Egret. The fields were very quiet indeed with only a pair of Grey Partridge poking their heads out of the growing crop, and a couple of Swallow moving through. 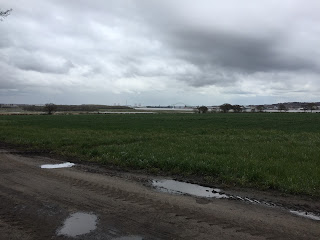 Within Way at least produced a few birds....a male Brambling, 3 Siskin, 80+ Linnet, 20 Goldfinch all feeding in the field and trees behind the church. A Little Egret fed out on Hale Marsh, whilst a Peregrine towered over the decoy. By now the drizzle had turned into a heavier, more persistent rain and the prospect of getting soaked didn't really fill me with joy. 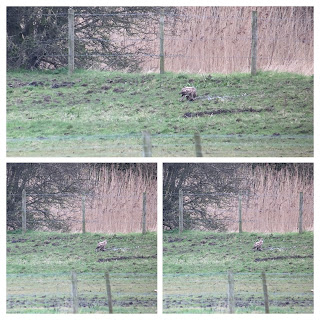 A return stop via Carr Lane Pools didn't produce anything new; but at least it looked like one of the local Buzzards had a more productive afternoon! A rather frustrating patch visit, but after a good run of visits it was always going to happen. But at this time of year you just have to be out and about to give yourself the best chance of finding the goodies.......!! Roll on tomorrow.