Having missed what appears to have been one of the best days of migration on patch yesterday (Redstart, Tree Pipit, Whitethroat, Sedge Warbler being seen by others), I hoped that some of the birds, especially the Redstart may have lingered on into today. A rather overcast afternoon with a moderate south-east wind making it feel relatively mild. The clouds did start to break by early evening.....just in time for me to leave. 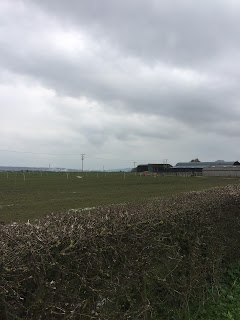 Burnt Mill Farm was quiet with only 2 Wheatear, a single Corn Bunting and a few Swallow bombing around. A single Grey Partridge was mooching around in the back fields, and a few Common Buzzard floated around, but otherwise it felt decidedly un-Spring like. Moving down to the bridge on Carr Lane a Whitethroat was singing from the scrub between Carr Lane Pools and Great Boar Wood, my first of the year. I spent a long time checking the hedges for the Redstart with no success. A male Peregrine soared over Carr Lane Pools scattering all of the birds, including 1 Little Ringed Plover, 5 Black Tailed Godwit, 1 Snipe and 60+ Wagtails (a mix of Yellow, Pied and White). 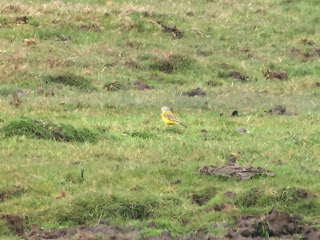 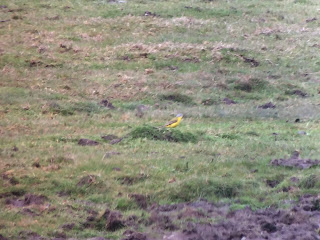 Having failed miserably to find the Redstart I decided to move round to the gate on Town Lane, fairly down hearted as I thought that all of the Wagtails had now gone. However a quick scan revealed that two wagtails were left - and more surprisingly they were both Channel Wagtails! Two Wheatear were in the field by the gate, whilst the flooded fields held 3 Shoveler and 34 Teal, but little else. 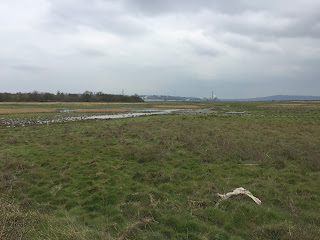 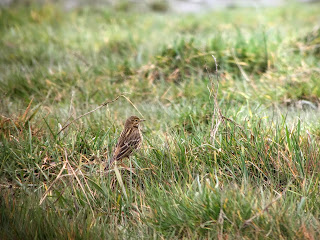 Hale Marsh held loads of Meadow Pipit and Skylark, but not much else. I was about to give up and move on when I heard a loud tchacking coming from the direction of the decoy. I quickly picked up a male Ring Ouzel as it flew north-west over my head towards Great Boar Wood and Burnt Mill Farm. An unexpected bonus, and my second of the year. Walking back to my car there was a sudden influx of hirundines, with about 40 Sand Martin, 20 Swallow and 2 House Martin. 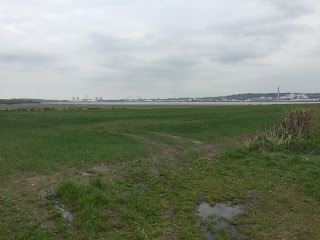 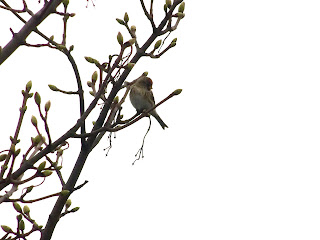 Within Way was quiet with little in the hedgerows or fields. The finches around the farm are still quite impressive with at least 7 Lesser Redpoll (including this rather pale individual above - sadly only a Lesser), 12 Siskin and a mix of Linnets, Goldfinch and Greenfinch. There were next to no migrants, with singles of Chiffchaff and Blackcap providing the only reminder of Spring.

A return visit to the bridge on Carr Lane and I finally picked up a singing Sedge Warbler, but despite another thorough look I failed to pick up the Redstart (which was subsequently seen half an hour later by Ian Igglesden and Sean O'Hara.....DOH!!). Oh well, at least it's still around, hopefully it'll stick long enough for me to catch up with it.....