The weather forecast for the weekend wasn't great for today, with Freezing Fog forecast. However waking up before 6am it was still clear as a bell, and I was hopeful that the forecast had been wrong.....sadly by the time I managed to get out the fog had arrived, and it turned out to be a real pea-souper. Driving towards patch it grew colder and colder, and arriving on Carr Lane the thermometer was reading -4. Brrrrrr!! 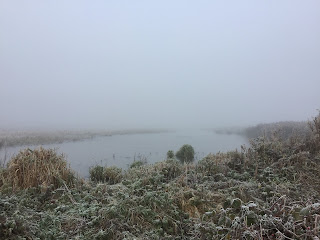 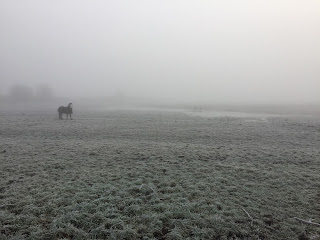 The flooded field on Carr Lane was completely iced over, whilst the paddock in front of Carr Lane Pools was just as bad. It wasn't too much of a surprise that there was little about. A Water Rail squealed briefly, whilst a few Reed Bunting and Meadow Pipit flew over somewhere in the fog. A Buzzard was mewing away in the distance, but other than a few Wren and mixed Tit flock it was eerily quiet. I bumped into Mike Roberts, but with little about I decided to head round to Pickerings. 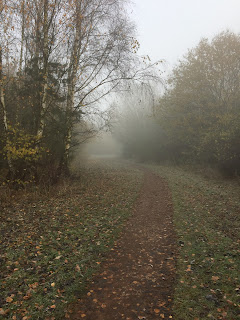 I could hear a couple of Grey Partridge calling as I walked towards the United Utilities entrance, whilst a few Robin and Dunnock fed quietly under the hedges. There were good numbers of Long-tailed, Great and Blue Tits feeding in the first stretch of footpath again and I spent a good half an hour chasing the flock. Sadly my only rewards today were 2 Woodcock that I flushed from some cover, a single Common Chiffchaff and a male Blackcap. There has clearly been a big cold weather movement of Goldcrest as well, with a minimum of 18 birds around. 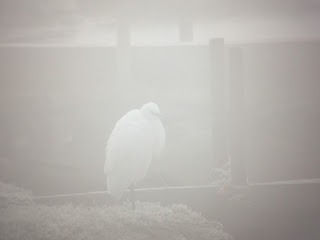 A single Little Egret was all that I could see from the screen at the Scrape, with the fog seemingly getting even thicker. I returned to the car by the same route, again spending a lot of time checking the flocks. Sadly there was no sign of the Yellow-browed Warbler (although it was again seen this afternoon) or tristis Chiffchaff today, but a few Siskin and Redpoll flew over invisible in the thick fog. A Great Spotted Woodpecker had joined one of the roving flocks, but it was pretty much the same stuff again. 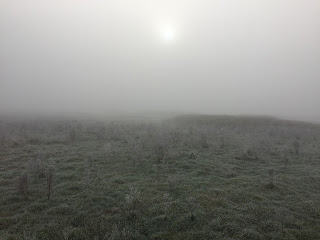 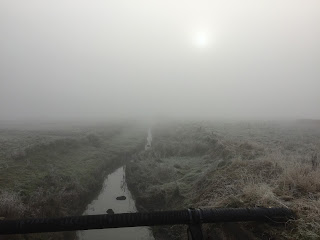 Parking up on the bridge on Town Lane I managed to pick up 2 ghostly Water Pipit creeping along the edge of the flood. The rest of the flood was devoid of life, other than 5 Eurasian Teal that flew in and skated across the frozen water. I could hear some Pink Footed Geese "wink-wink"ing from the field, but the fog was so dense I couldn't see anything at all. Walking along the road I flushed roughly 20 Common Snipe from the wetter areas that had avoided the heavy frost. Narrowly avoiding being run over I decided to retreat to a slightly safer area. 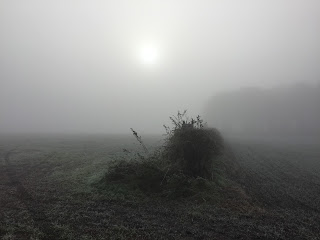 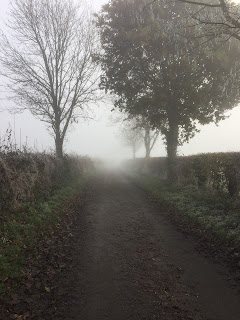 I had a slow drive around Hale village again listening for Waxwing without success, before heading over to Within Way. Coal Tit, Nuthatch and a Great Spotted Woodpecker were feeding around the gardens at the end of Within Way, but the main track was devoid of life. The fog seemed to be getter worse (if that was possible), so I decided to have one last try at the car park at Pickerings Pasture. 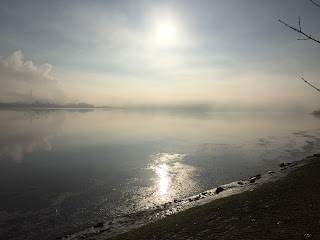 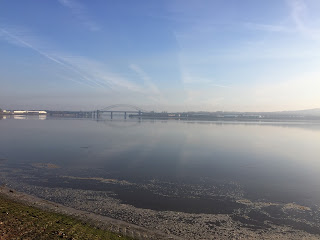 Fortunately the sun had just started to break through, and with it the temperature increased by about 6 degrees to a balmy 3 degrees....! A couple of Bullfinch were in the hedge running down to the Mersey, whilst the feeders were alive with Chaffinch, House Sparrow and Goldfinch. A male Sparrowhawk was making the most of the brightness. I picked up a Peregrine sat up on the Runcorn Bridge, whilst there were good numbers of gulls and waders on no-mans land (though the light and fog made ID difficult). 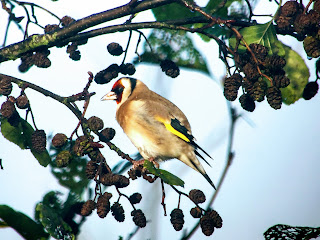 Giving up on the river I decided to have a look at the back of Pickerings and the control meadows. Small numbers of Redwing, Fieldfare and Chaffinch were moving around in the bushes among Blackbirds, Song Thrush and a few small tit flocks. Walking along I was frustrated as the fog again started rolling in, and with little moving and the temperature plummeting again I decided to save some of my brownie points and head home.