A very frustrating week with reports of good birds almost daily - Waxwings, Temminck's Stint(?!), Water Pipit, Cetti's Warbler showing well and with a mixture of dark evenings, work and family commitments I wasn't able to get out until today. A fairly overcast and grey day on patch, but at least it was dry (considering the heavy rain during the week). I met up with Iggy on Carr Lane, and had a good catch up whilst birding the patch. 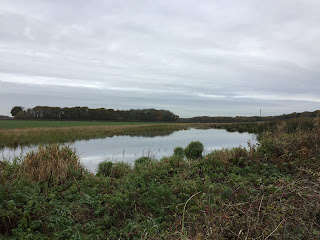 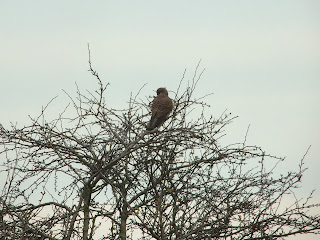 The flooded field on Carr Lane had filled up rather a lot after the recent rain, and certainly doesn't look as enticing for ducks or waders as it once did. However at least 2 Water Rail were calling from the reedy areas, but sadly weren't too showy. 22 Pink Footed Geese were sat in the ploughed field, but were spooked and headed off towards Hale Marsh. A Kestrel was perched up on one of the bushes, but otherwise it was fairly quiet. 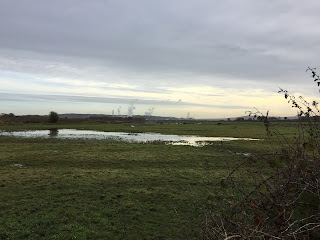 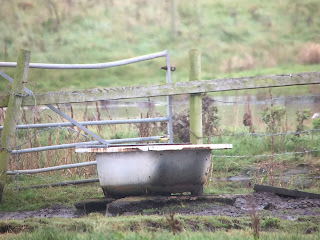 Moving across the road we had a good look for the Water Pipits. A Grey Wagtail was sat on the old bath, and after a bit of searching we eventually found a Water Pipit feeding at the edge of the Pools, but it was very distant. The Pools held a couple of Black Tailed Godwit, Redshank and Common Snipe among the normal mix of ducks. Fortunately at this point all of the Pipits and Wagtails got up and flew around, spooked by some unseen force. At least 2 Water Pipits could be heard, so I decided to head further up Carr Lane to view the fenceline. 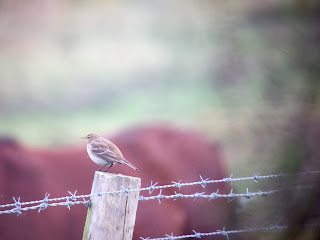 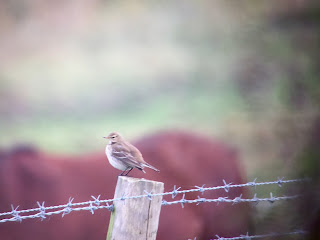 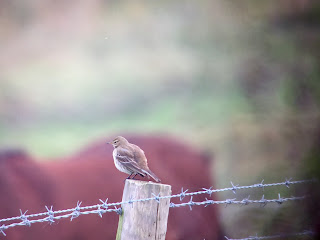 As it turned out I got some cracking views of a Water Pipit as it decided to perch up nicely on the fence. A couple of Meadow Pipits, Pied and Grey Wagtails joined in the fenceline fun, until a Common Buzzard drifted over scattering everything again. Walking back to the cars we again could hear the Water Pipits moving about, and they dropped into the flooded section of the paddock, again allowing some good views. I really can't remember ever seeing Water Pipits perform so well? 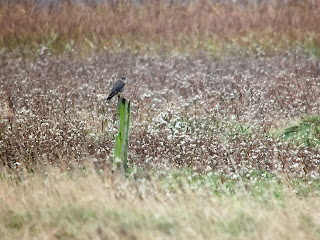 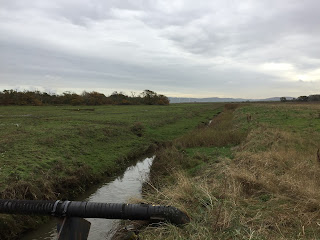 I had a quick scoot round to the bridge on Town Lane where I picked out a smart Merlin sat out in the marsh, and a Kingfisher zoomed along the ditch towards Pickerings. The flooded field along Town Lane was quiet with only a small number of Eurasian Teal and a single Common Snipe. Before heading to Within Way I had a drive around Hale village, checking out all of the berry trees hoping to catch up with the Waxwings. Sadly there was no sign, but on the plus side there are still plenty of bushes with lots of berries on. 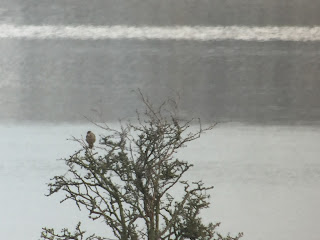 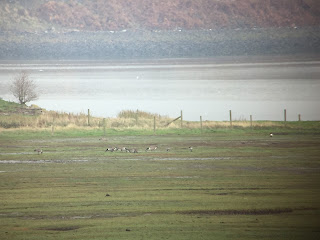 The walk down Within Way was very quiet, but stopping to scan Hale Marsh I picked up a female Merlin sat in one of the bushes. Iggy and I were joined by Mike Roberts and his wife, and we had a quick chat and scan. The Egyptian Goose was again present, whilst a couple of Golden Plover were calling from the field behind us. Leaving Mike we continued on down towards the Mersey. Nearing the metal gates I picked up a very pale looking Chiffchaff, however on closer inspection it only turned out to be a nominate collybita. 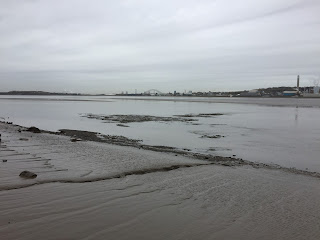 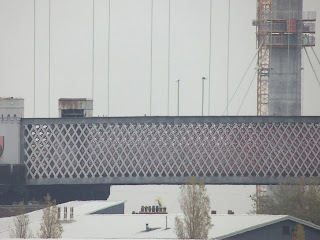 The Mersey was relatively dead, other than a few Rock Pipits flying around over our heads, and a very distant Peregrine sat up on the Runcorn Bridge. We headed back up Within Way and at least talk of birding holidays it at least made up for the lack of birds about today! I had limited time left, so despite some good numbers of waders appearing to be off Pickerings I decided to head back to Carr Lane to have some seconds of the Water Pipits. 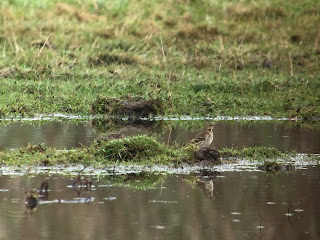 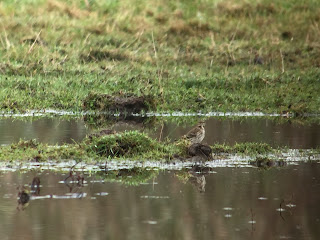 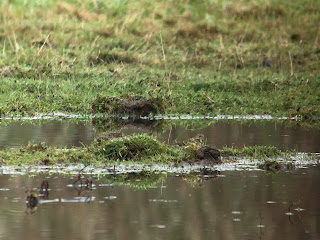 The Water Pipits were again performing well, and it was good fun checking through the Meadow Pipits that were also present. Water Rails appeared to be everywhere, and at least 5 birds could be heard calling/squealing from the flooded field and the back of Carr Lane Pools....if only they actually showed themselves for once! Hearing the Cetti's Warbler calling I walked towards the bridge on Carr Lane where I for once got some good views of it sat in the sallow before a Dunnock took a disliking to it and chased it into cover once again. With time up I left Iggy and headed home, pleased with a fun (albeit fairly quiet) morning on patch. 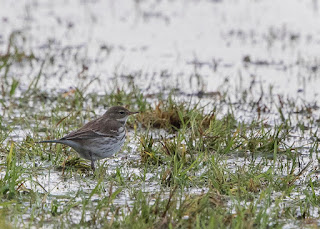 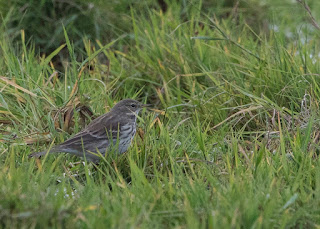 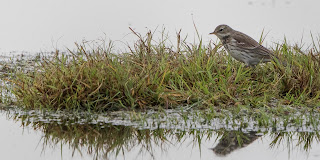 Mike Roberts was kind enough to send me the above pictures of the Water Pipits from Carr Lane - rather impressive compared to my poor pictures. Maybe I should be writing to Santa to request that camera instead of writing up my blog..........