A late afternoon visit to the patch is always good fun at this time of year, and today was no exception. Although it was another bitterly cold afternoon, it was dry and bright. The late afternoon light bathed the whole patch in an amazing golden glow, and it was a real joy to get out and about. 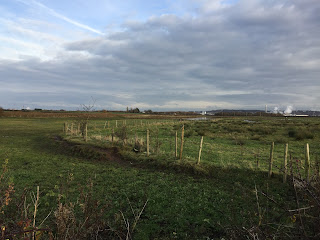 I decided to have another look at the Water Pipits and headed straight to Carr Lane. However apart from a brief sighting of a bird in flight which appeared to land somewhere along the fencing I couldn't relocate any birds. The Pools were relatively quiet with a handful of Black Tailed Godwit and Redshank, and the usual selection of ducks - Eurasian Teal, Wigeon and Shoveler. I WhatsApp message from Sean O'Hara let me know that the Water Pipits were showing well from Town Lane, so with limited time available I headed straight round. 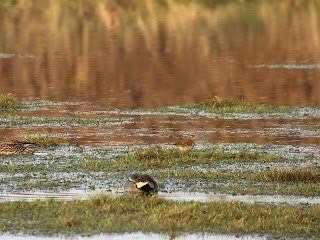 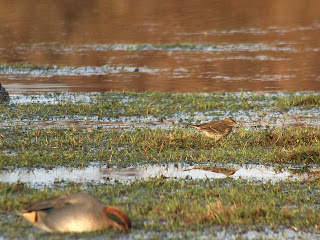 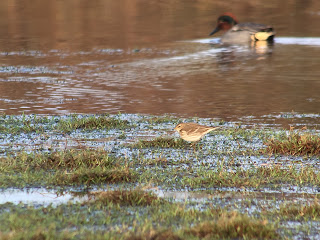 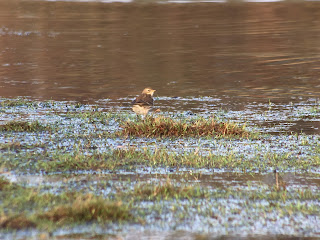 Parking up on the bridge on Town Lane I immediately located the Water Pipits and they were indeed showing well on the flooded field. The rest of the Pools were relatively quiet, with a couple of Eurasian Teal and a single Common Snipe. A Sparrowhawk was over Great Boar Wood, whilst a couple of Kestrel were feeding around Hale Marsh. 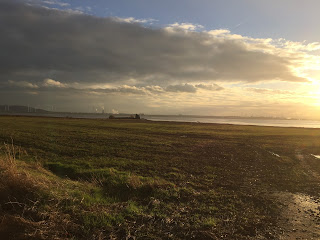 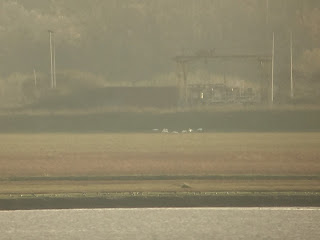 I decided to head round to Church Lane and have a quick scan of the Mersey, hoping that there may be something decent on the high tide. However other than a few Great Crested Grebe, and a good number of Wigeon and Eurasian Teal there was very little on the River itself. Frodsham Score and Ince Marshes were marginally more productive with 9 Whooper Swan, single Great White Egret and 9+ Little Egret. 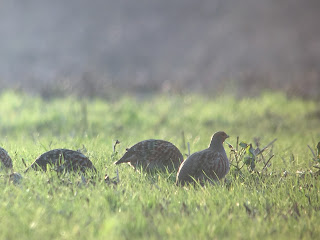 Grey Partridge appeared to be everywhere, with a minimum count of 30+ birds spread across the field. There were also good numbers of Curlew with at least 70 birds feeding in the fields. The light was amazing and it was great to see massive flocks of waders murmerating over Frodsham Score - even at a distance it was easy to pick out a good mix of species. With light fading I decided to head round to Within Way to check out the raptors coming into roost. 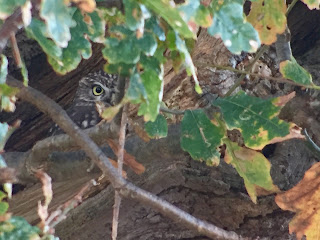 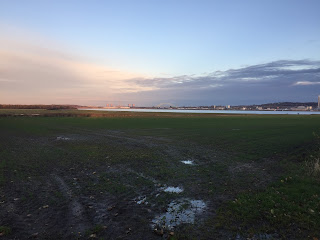 Walking along Within Way it was great to catch up with one of the local Little Owls, although it was not particularly showy. Moving on I stopped at what is normally a good vantage point for raptors, it wasn't to disappoint. Over the next 30 minutes I picked up 2 Merlin (a 2cy male and female), 3 Peregrine (albeit 1 was sat VERY distantly on the Runcorn Bridge), 2 Sparrowhawk, Common Buzzard and 5 Kestrel. Whilst scanning Frodsham Hill I also picked up a distant creamy crowned Marsh Harrier, although it was a little too distant to age. 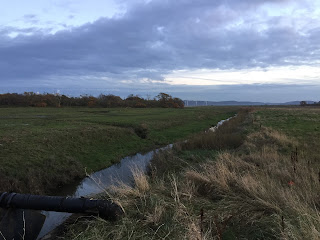 I returned to the bridge on Town Lane, but I had clearly missed any of the Egrets going to roost tonight. A Kingfisher darted along the ditch, whilst I could hear a Water Pipit calling from somewhere behind me. A couple of Grey Wagtail flew over my head, and eventually 2 Little Egret flew in from the west and appeared to land in the decoy, but a fairly disappointing return. 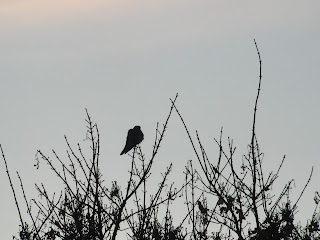 A brief stop on Carr Lane on the way home produced a single Water Rail squealing, but very little else. Still a very enjoyable couple of hours on patch; and it's looking like it's going to be another good winter on patch for raptors.