Sploshing about on Patch

Another long break between patch visits, these dark evenings are a real pain! Fortunately the heavy midweek rain had cleared leaving a bitterly cold, but dry day. There were small amounts of broken cloud around which unleashed a few torrential downpours, but otherwise it was a fine bright morning before the more persistent cloud decided to roll in by early afternoon. 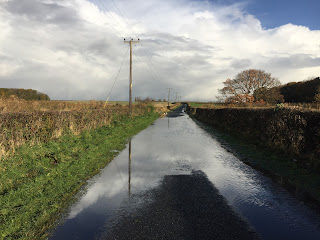 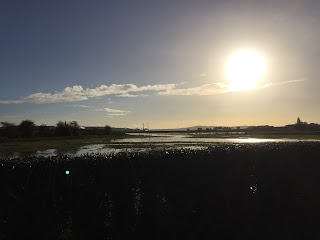 The recent heavy rain had clearly given the patch a bit of a hammering, with a lot of Carr Lane under water. The flooded field looked more like a lake rather than a nice muddy scrape, and Carr Lane Pools were exceedingly wet. The flooded field was still productive though with the Cetti's Warbler fairly vocal, and a Kingfisher zooming through. A couple of Water Rail were squealing from the deep cover, and a female Merlin dashed through towards Ramsbooke Lane. 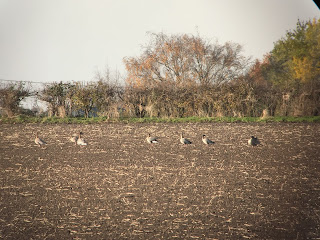 7 Pink Footed Geese flew in from the west and pitched into the ploughed field, and a further 3 flew NW over Carr Lane whilst I was scanning. Pipits were very much in evidence today, and stacks of Meadow Pipits were on the move. I could hear at least one Water Pipit from the wet paddock in front of Carr Lane Pools, so I spent nearly an hour scouring the Pipits to make sure there was nothing rarer hiding in amongst them. 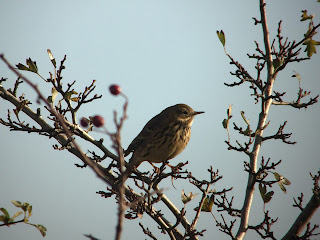 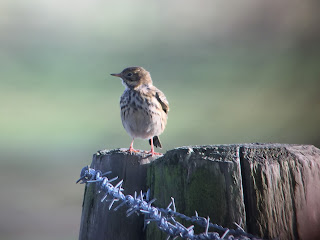 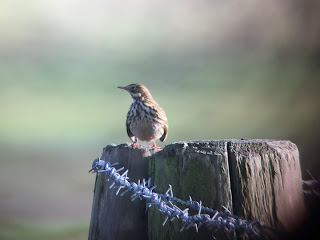 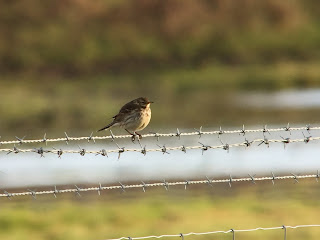 The Pipits were all performing well, with many coming up to sit on the small bushes and wire fencing which run down to Carr Lane Pools. Despite a thorough search through the c.50 Meadow Pipit and 3 Water Pipit I could find nothing rarer....surely there must be a Buff-bellied hiding in there somewhere. I retreated to the car as a heavy shower headed my way, so I had a slow drive around Hale village listening for Waxwing again, but failed miserably although I did get a few funny looks from the locals...... 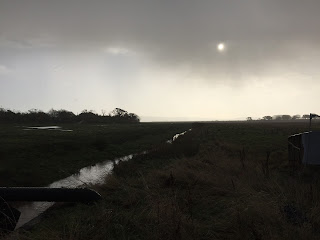 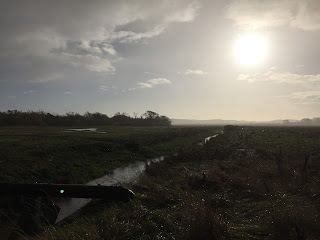 The rain was still torrential so I parked up on the bridge on Town Lane where I could at least have a scan of Hale Marsh. Clearly the birds had all decided to seek cover, as there were only 3 Little Egret, a  few Moorhen and a couple of Eurasian Teal braving the elements. As the rain started to ease and the sun broke through again I headed round to Within Way to have a wander down to the Mersey. 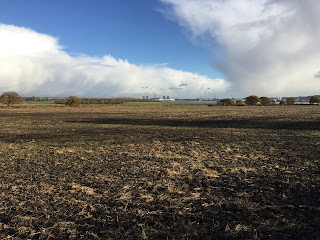 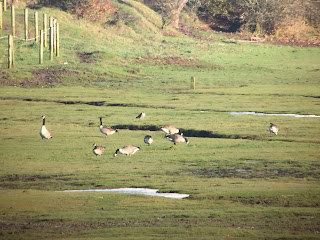 It was a bitterly cold walk, and I bumped into Mike Roberts who was staking out the Marsh in hope of the Merlin. Sadly it wasn't playing ball today, but we had nice views of a couple of Peregrine sat out on the Marsh, along with the Egyptian Goose, 2 Stonechat and a Sparrowhawk. I left Mike and carried on to the end of Within Way who clearly was more successful with the Peregrine as it decided to give him a close flyby (obviously his Camera skills are far superior to mine!!). 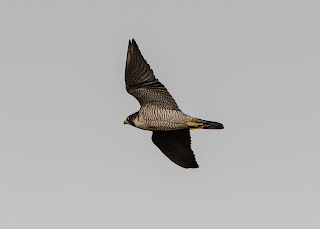 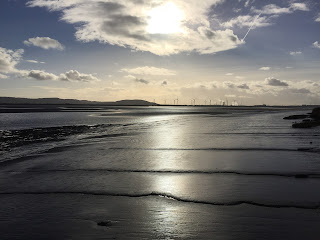 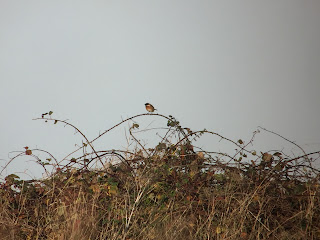 I reached the end of Within Way where I quickly picked up a couple of Rock Pipit bouncing about. A Common Sandpiper was feeding on the rocks to the east of the point, but quickly scarpered as soon as I put my Scope up. A new Stonechat was feeding along the fenceline on the edge of Hale Marsh, whilst a few Meadow Pipit and Skylark were moving over. There were stacks of waders off Pickerings, so I decided to head back to the car and move round to get a better view. 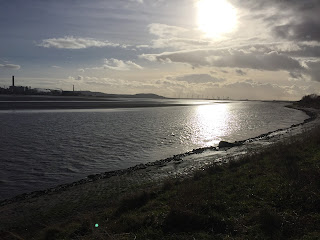 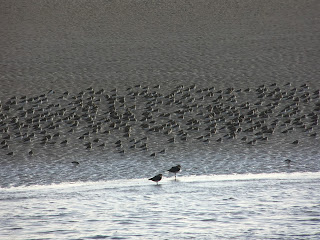 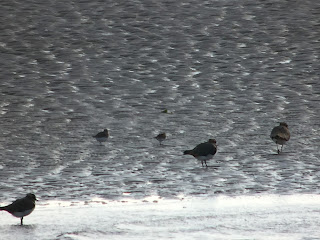 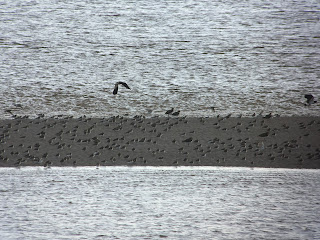 I had clearly timed my visit to Pickerings just right as the tide was on the rise and pushing many of the waders down towards me. There were c.5000 Dunlin, 700 Golden Plover, 800 Lapwing all close to my position. A thorough look through the Dunlin was rewarded with at least 4 Little Stint, a relatively good bird for this time of year. I also picked up a few Grey Plover, a single Knot, and loads of Redshank. The tide quickly pushed through though and the waders all retreated to no-mans land. 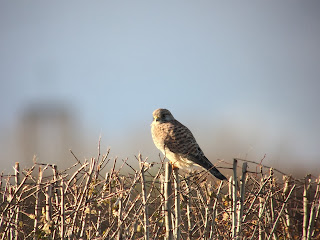 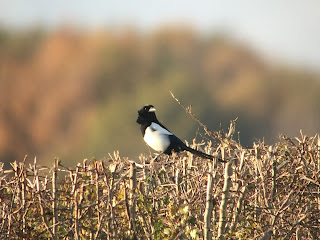 I had a quick stop along Carr Lane on the way home, where there was not a single Pipit present. A quick scan provided a possible reason with a Kestrel perched up on the hedge looking a little mischievous. With time running out I headed home, pleased with a relatively good mornings birding.